If we hadn’t stayed up to hear the results of the Singapore General Elections 2015, we’d have awoken this morning to the news that the People’s Action Party carried 83 of the 89 parliamentary seats. For the first time since Singapore’s independence in 1965, all parliamentary seats had been contested.

(I write this as someone how hasn’t paid much attention to politics until very recently, and am certainly not a supporter of any particular political party.) 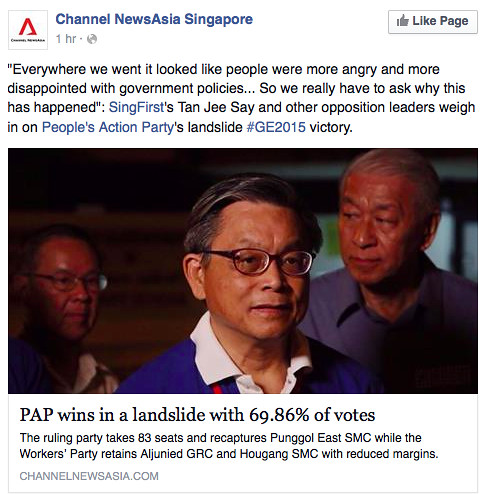 There’s been much shock, anger, and bitterness at the results from those who were sure that the opposition parties would win big, based on the strength and volume of anti-PAP views online on social media, the massive crowds at Workers’ Party rallies, the complaints of their golfing buddies, etc. Some are in mourning: 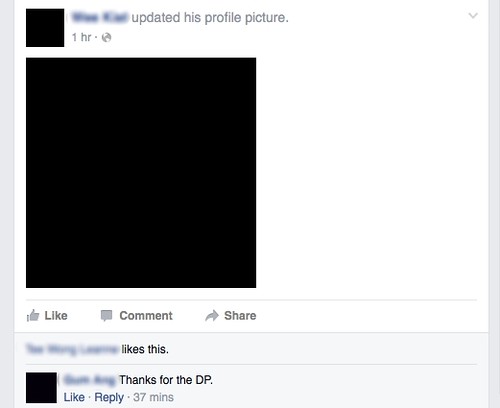 Now there could be several reasons why sentiment was not an accurate predictor of the final outcome: 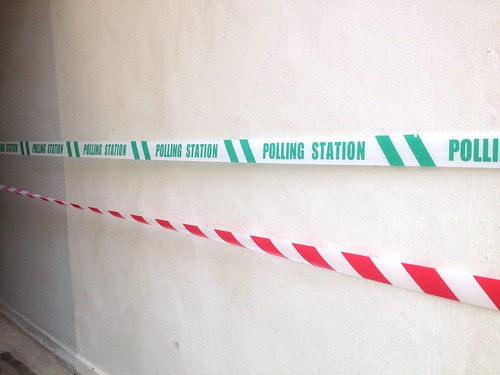 What is quite disrespectful of both nation and one’s fellow countrymen are the following accusations:

alleging that the elections are invalid for not being free and fair:

In relation to the secrecy of votes:

alleging that the outcome of democratic elections is not democratic:

alleging that the opposition was not able to communicate effectively with the public:

claiming that some fellow citizens should not have an equal voice: 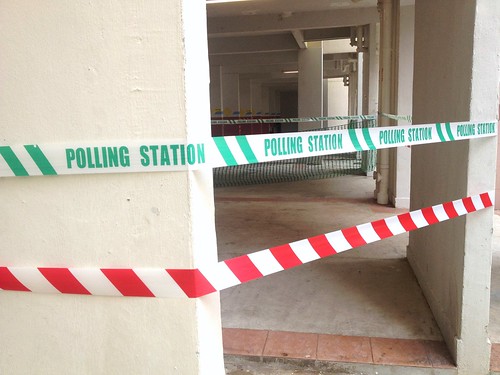 And some are just too pessimistic. I don’t see why this is the end of the world. 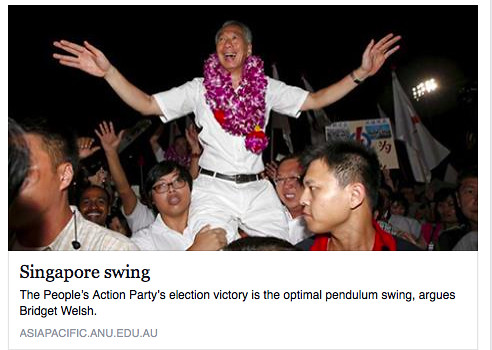 If this sounds at all pro-PAP, it isn’t meant to be. Rather, it is the acknowledgement that this is the political party now in power. Since they have been elected by due process (and even if they haven’t been!), we are obliged to give the authorities due respect. And this should be especially so for those who consider themselves God-fearers. For:

Let every person be subject to the governing authorities. For there is no authority except from God, and those that exist have been instituted by God. 2 Therefore whoever resists the authorities resists what God has appointed, and those who resist will incur judgement. 3 For rulers are not a terror to good conduct, but to bad. Would you have no fear of the one who is in authority? Then do what is good, and you will receive his approval, 4 for he is God’s servant for your good. But if you do wrong, be afraid, for he does not bear the sword in vain. For he is the servant of God, an avenger who carries out God’s wrath on the wrongdoer. 5 Therefore one must be in subjection, not only to avoid God’s wrath but also for the sake of conscience. 6 For because of this you also pay taxes, for the authorities are ministers of God, attending to this very thing. 7 Pay to all what is owed to them: taxes to whom taxes are owed, revenue to whom revenue is owed, respect to whom respect is owed, honour to whom honour is owed. (Romans 13:1-7)

13 Be subject for the Lord’s sake to every human institution, whether it be to the emperor as supreme, 14 or to governors as sent by him to punish those who do evil and to praise those who do good. 15 For this is the will of God, that by doing good you should put to silence the ignorance of foolish people. 16 Live as people who are free, not using your freedom as a cover-up for evil, but living as servants of God. 17 Honour everyone. Love the brotherhood. Fear God. Honour the emperor. (1 Peter 2:13-17)

Before bemoaning the “oppressive authoritarian regime” Singapore is under as a get-out clause, remember that Paul and Peter were writing to Christians under hostile Roman rule. And this requirement to respect the authorities is not because they are any better than or more superior to anyone else, but because it acknowledges the God who has put them in their high position.

Remember what King Nebuchanezzar and King Belshazzar of Babylon had to learn, even while they had God’s people, the Israelites, in exile, and had their temple destroyed:

the Most High rules the kingdom of men and gives it to whom he will and sets over it the lowliest of men (Daniel 4:17)

the Most High God rules the kingdom of mankind and sets over it whom he will (Daniel 5:21)