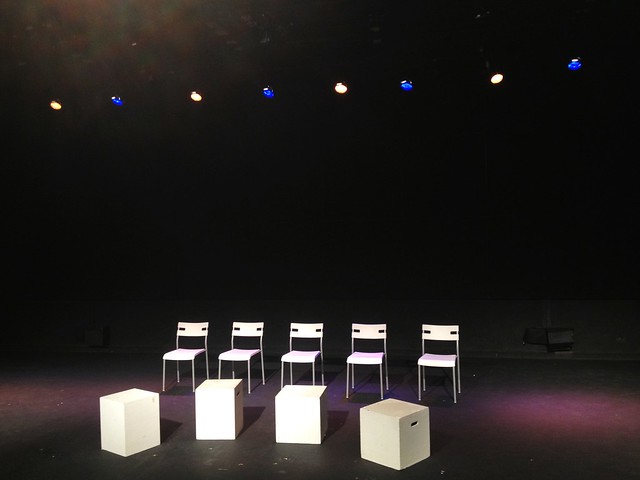 Rather enjoyed the evening at the Black Box dungeon of the Marine Parade Community Centre watching some works-in-progress from The Necessary Stage‘s The Orange Playground. TOP, says the publicity material is “an incubation programme where artists can freely experiment using The Necessary Stage’s unique devising methodology”. Four TOP Labs each year provide “a space for free, ad-hoc collaborative “jamming” and play between The Necessary Stage and other artists working in different genres”. 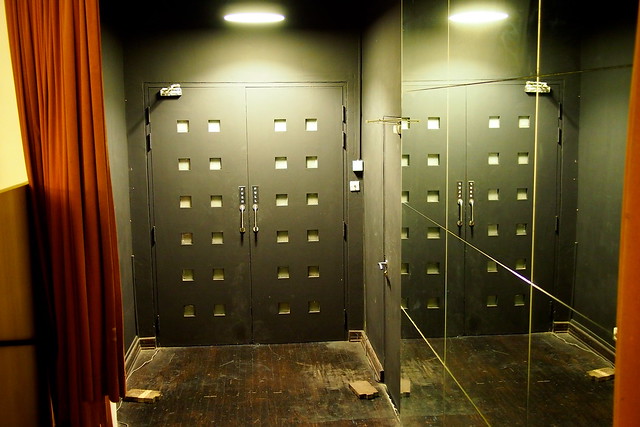 Not sure how similar TNS’ current methodology is to this report:

Activity 1: Find a spot in the room, walk to the spot with eyes close. Arms up to protect yourself from banging onto each other.

Activity 2: A and B. A do a sound that B can identify. B close eyes with arms up. A has to lead B with their sounds. B has to identify and follow.

Activity 5: Card games – Using no. 1 – 10. Choose a card. 1 represents the least. 10 represent the best. Without seeing your card, put it on your forehead so that others can see. Base on the no., treat the person according to that. Then, on the scale, arrange yourself what u think ur no. is.

Activity 6: With scenarios. Take a card and put on forehead. Two volunteers. Taxi and Doctor scenes. Base on how the other party treats you, find out the no. on your head.

Ethel Yap of Lab 4 did talk a little about card exercises and how character-development was helped by values being assigned to different aspects of the worldview of each character, for example, one character might be a 10 for patriotism. 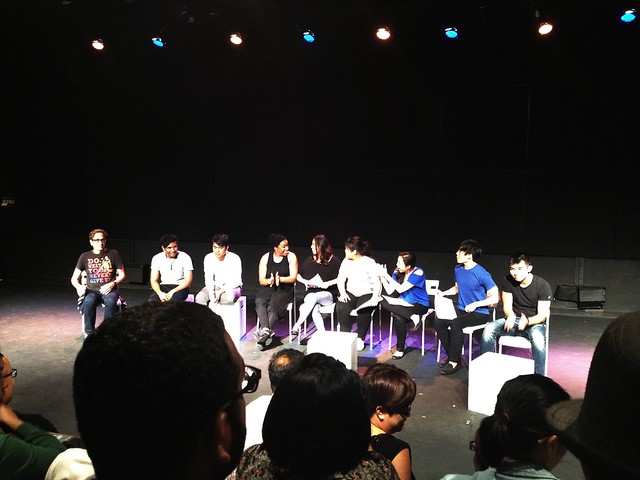 How did they decide on the themes for Lab 4? Oh, Haresh Sharma said, I just made them up – censorship, education, and revolution.

Devised theatre, in this incarnation, is interesting. I’d always assumed that in any sort of work of art, authorial intent was the impetus for any attempt to convey that message.

I suppose just like models of instructional design, theatre-making methodology is dependent on worldview. The methodology of collaboration, says Alvin Tan in his Masters of Philosophy thesis, is based on democratic principles, a major tenet being respect of individual rights.

But I wonder if this erroneously conflates equality of rights with equal function. In a democracy, each citizen has the right to vote, but they do not all perform the same job, nor does this preclude any sort of hierarchy. But Alvin’s view seems to be that any imposition of vision by the playwright performing his traditional function, would be hegemonic – a bad word in these (post-)post-modern and post-colonial times.

Regardless of the validity of such presuppositions, my first thought as a potential member of the paying audience was, would I want to fork out good money from a limited budget to see the result of some people’s masak-masak? I don’t think this value-for-money consideration is uniquely Singaporean.

This is not to say, though, that I am unexcited by the prospect of this sort of collaborative effort. It sounds really fun, and part of any creative process, whether officially or not, includes experimenting and jamming. And a good part of the fun would be the uncertainty of its result. But unless the play (pardon the pun) comes together as a fresh coherent whole (by this I do not mean in necessarily a traditional linear plotline etc. sense), watching the process (or even better, participating in the process) would be more fun than watching the result. Because we all know the usual conclusions of committees – as architectural wisdom goes, the designs that win building competitions are always the second best ones, because committees work on compromise. 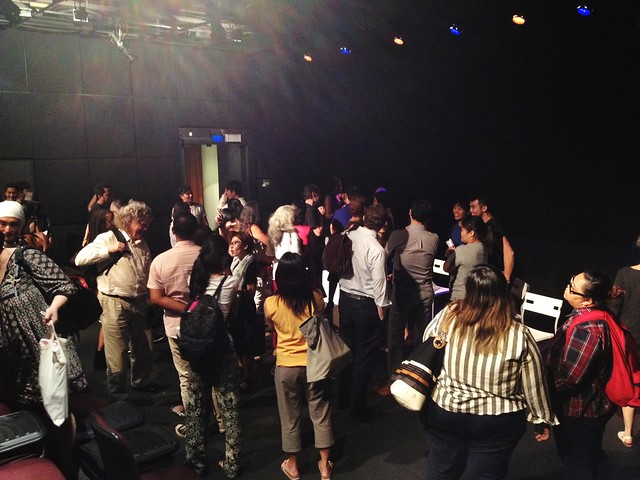 Now many of Alvin/Haresh’s collaborative plays are excellent. Would love to have been a fly on the wall to see how their jamming sessions worked, the interaction between the different parties, how the plot evolved, and whether Alvin or Haresh had veto rights. However, would anyone else have the self-discipline and editorial ability of Alvin Tan and Haresh Sharma be able to do the same? I would love it if many others did, or if they found their own method of theatre-making.

Perhaps all the stories in the world that have been told, are being told, and will ever be told, follow a limited number of plotlines? See Kurt Vonnegut’s Shapes of Stories:

Then there’s the usual dramatic structure, aka Freytag’s Pyramid.

Aerogramme Studio has a little collection of writing tips, but these assume a single author rather than a committee.