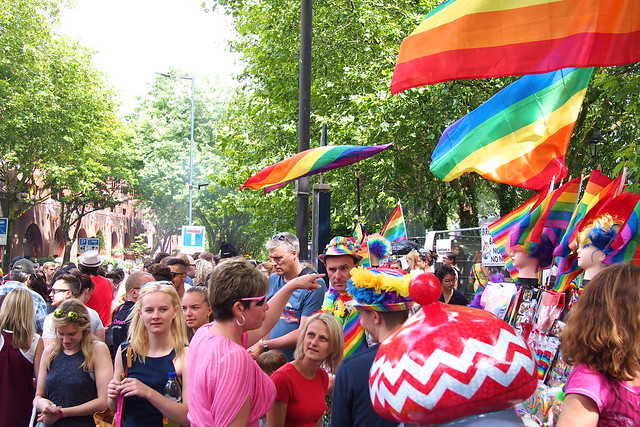 The roads leading up to Castle Park in Bristol was heaving with all colours of the rainbow. Outside, there were cheerful vendors offering to colour-you-badd with flags (to be used as capes), stickers, hats, and all manner of accessories. 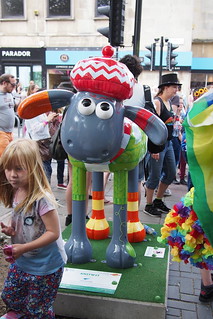 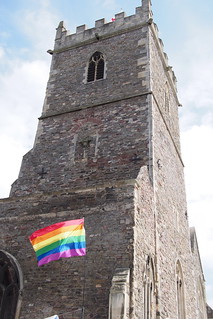 Even Shaun the Sheep (Knitwit edition) seemed to get in on the act with his colourful knits. Past the joking bag-checkers, more rainbow flags flew next to the ruins of an old church with great exuberance in the sunshine, as if to say that the old tired narrow-minded religion was dead. 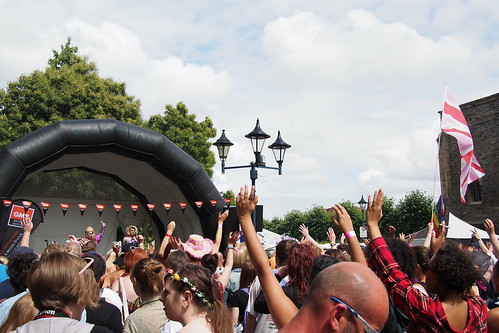 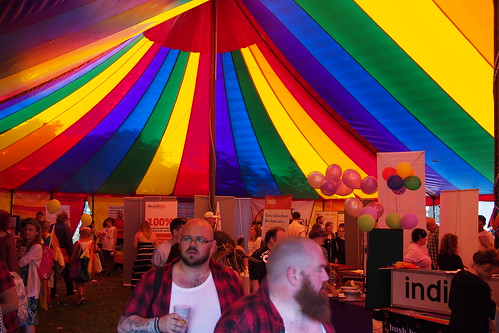 I enjoyed dancing badly to 80s music (typical!) accompanied by alot of cheeky banter, and chatting to many friendly people. 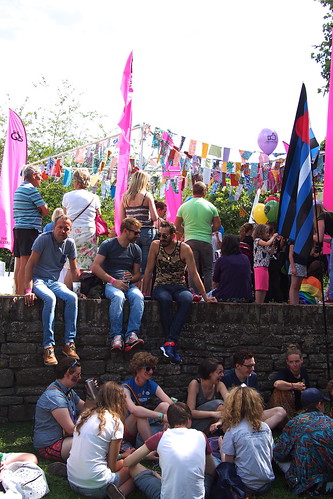 Later, I obtained a copy of Iris Murdoch’s The Bell from Books for Amnesty, and after, I filched Ed Shaw’s The Plausibility Problem: the church and same-sex attraction from the Is’ bookshelf. Ed Shaw is one of the editors of Living Out, and his book, I thought, was the most insightful of all the pulp on homosexuality I’ve read so far. 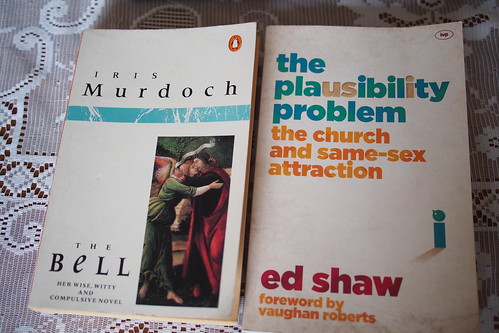 Rather than spitting from his high moral horse, Shaw sensitively but astutely points out what the issues are. Here are some that I hope I haven’t misread:

The Christian’s identity isn’t in his/her sexuality any more than it is in his/her skin colour.

(I recall Vaughan Roberts saying that he didn’t want to be going around giving talks on same-sex attraction because that wasn’t the thing that defined him. Much better to be teaching the full counsel of God!)

(2) mistaking what is genetic to be right

Even if there is indeed a “gay gene”, the discussion about right and wrong is not closed. Because the Bible tells us time and again that we are born sinful.

But there is an ultimate authority – God the creator and judge of the world. So our ultimate happiness depends on pleasing him, not ourselves. 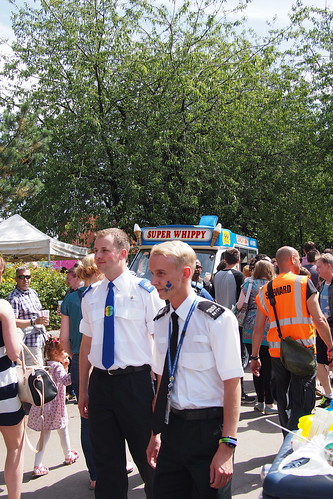 That’s what Hollywood would have us think. But the maker of the universe speaks of friendship that is closer than a man and wife.

(And in any case, the marriage relationship between a woman and a man are meant to be a visual hint of Christ’s love for the church. (Ephesians 5:32))

(5) erroneously assuming celibacy as an evil

Really, sex isn’t the barometer of a successful life; living for God is. So Paul says to the Corinthians:

(6) erroneously assuming suffering to be bad

(7) erroneously assuming that heterosexuality is godliness

It is clear from Leviticus and Romans and 1 Corinthians that same-sex attraction acted-upon is against the maker’s design.

There isn’t any point for therapies that claim to change one’s sexual orientation. What God wants isn’t heterosexuality but godliness, being imitators of Christ.

What Charlie Skrine said during the Engaging with an Alien World seminar at the Evangelical Ministry Assembly 2013 is excellent: the biggest issue isn’t what to do with your sex life, it’s to do with your standing with God. And both people attracted to the same sex and the opposite sex have this problem. So what do we pray for for our children? We don’t pray that they won’t grow up to be gay, we pray that they will grow up to be godly – whoever they find themselves attracted to.