…after a birthday lunch and a karaoke session filled with hits from the 1980s, screeched at top volume, fuelled by a smuggled bottle of apple vodka, tipped liberally into soft drinks and hot mugs of coffee; 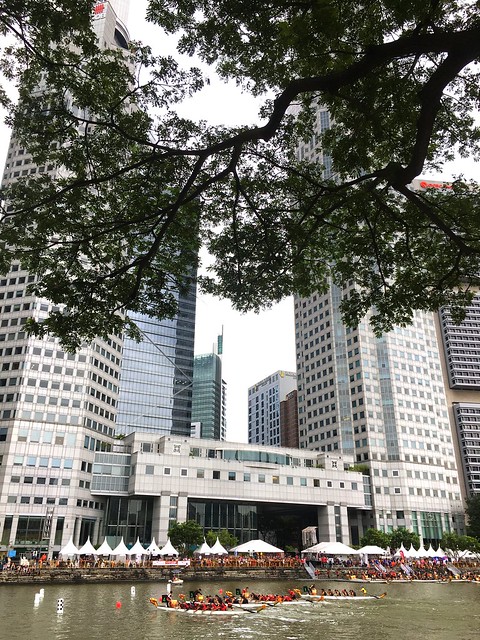 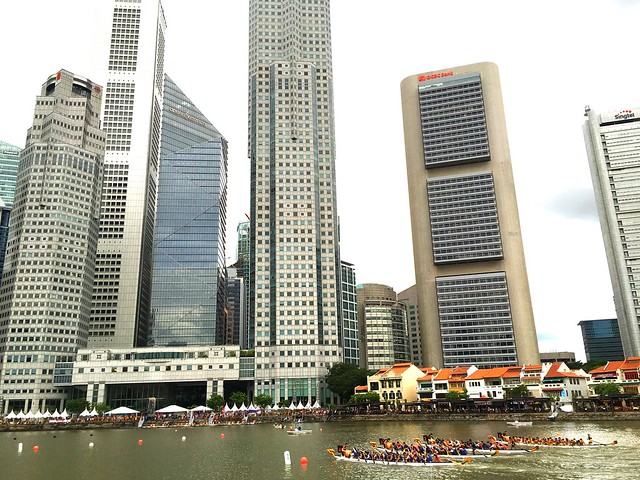 …after a few heart-stopped moments under a weepy sky, cheering on dragonboating friends at the Singapore River Regatta 2016 (organised by the Singapore Dragon Boat Association), and giggling at the frustrated linestarter attempting to get all his boats in a row before sounding the starting horn; 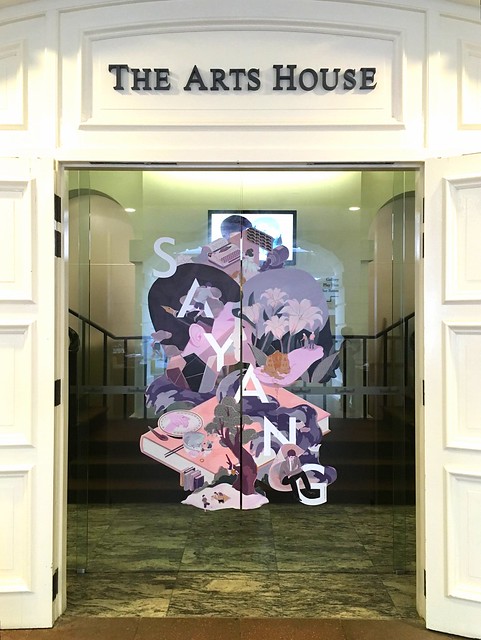 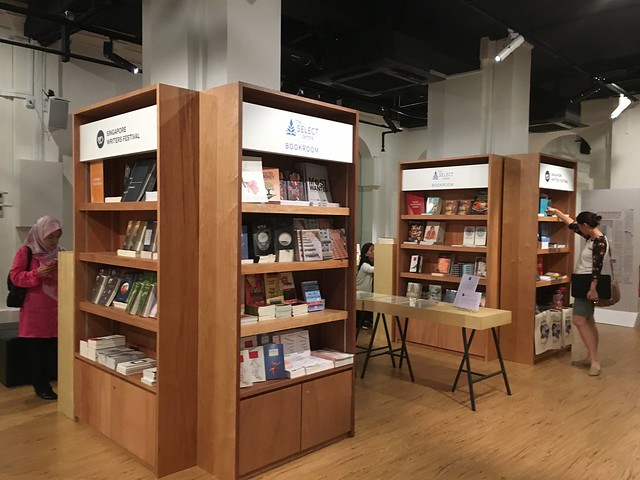 …after browsing the mass of local writers at Singapore Writers Festival‘s Select Bookroom,

an international cast of writers read their work about love. Or they were meant to. 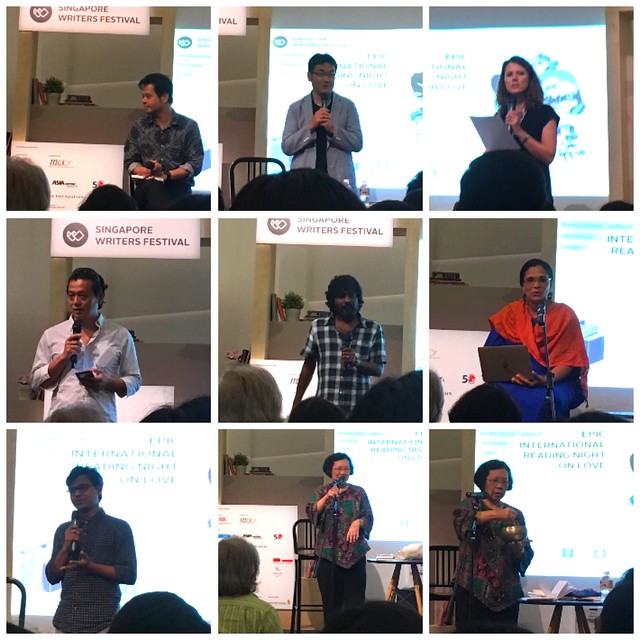 Singapore’s Alfian Sa’at did his usual turn, alluding to the oppression of a minority race and religion, while sneering at the ironic selfishness of a believer;

Japan’s Ryoichi Wago’s heartfelt delivery was sadly marred by the untranslatable onomatopoeic device (we thought but might be wrong) in his poems;

Iceland’s Gerður Kristný’s jokes were like pointed icicles (“the shortest way to a man’s heart goes through his chest”);

Taiwan’s Wu Huai-Chen 吴怀晨 was a surfer dude philosopher and poet who saw the world as a book;

Sri Lanka’s Shobasakthi (ha, he said, they say I’m from Sri Lanka but I haven’t been back for 23 years) read a haunting story about a man, a corpse, and a horse;

Ghana’s Mamle Kabu came closest to the idea of sayang with a wistful piece about her daughter growing up and not wanting to colour with her anymore;

Singapore’s grand dame of poetry, Anne Lee Tzu Pheng, spoke about all human creation coming from love in a generic sense, words and music in poetry, and tried to sound a Tibetan singing bowl.

It was a pleasantly disparate crew, and I idly wondered if the staggering truths in Gerald Bray’s God Is Love could possibly be squeezed into poem form.