It’s always tough to return to a place you grew up in, with the knowledge that it has been renovated, refurbished, and is in all likelihood a shell of its former self. 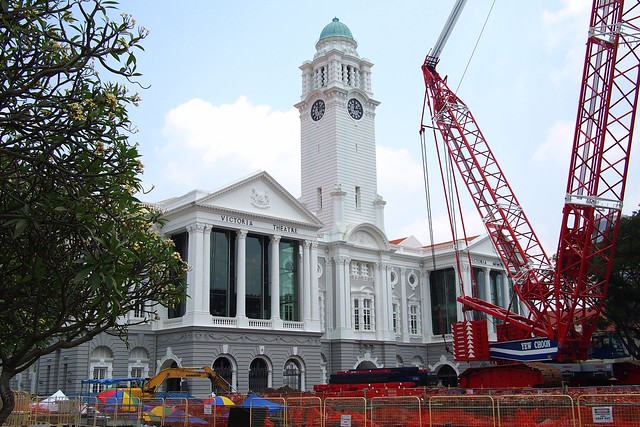 So it was with trepidation that we arrived at the neoclassical Victoria Concert Hall (“Victorial Memorial Hall”) on 23 March 2015 to watch the Singapore Bible College Chorale in concert. 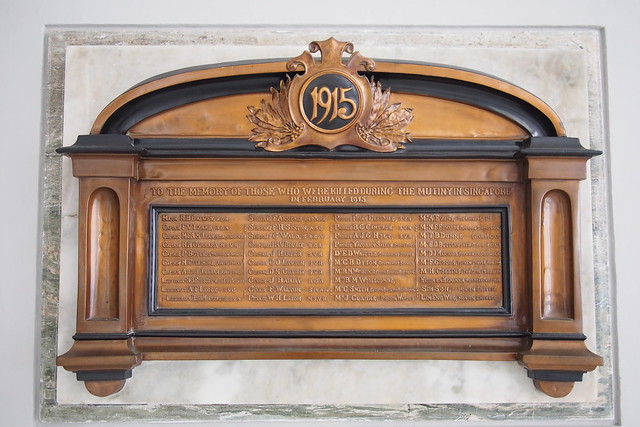 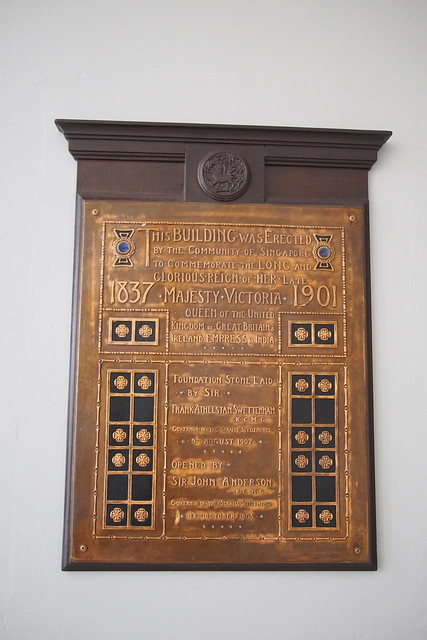 Plaques to commemorate people who died during the 1915 mutiny and another for Queen Victoria (“Queen of the United Kingdom of Great Britain and Ireland and Empress of India) just inside the entrance seemed a little brighter. 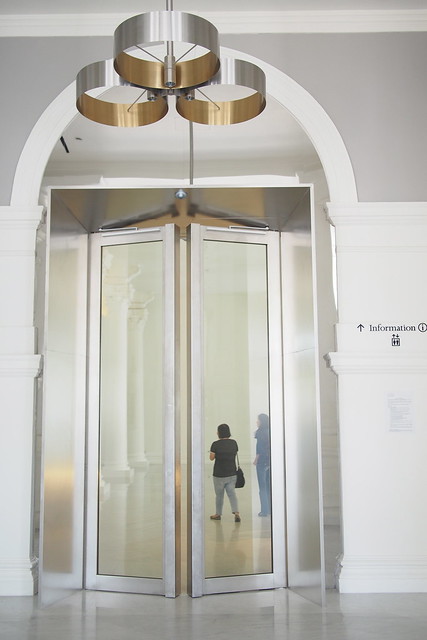 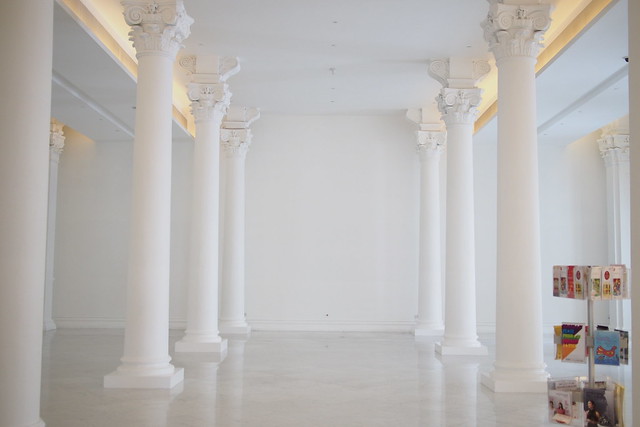 That bit between the two staircases now led to the information counter, situated in one corner of a big empty the hall. 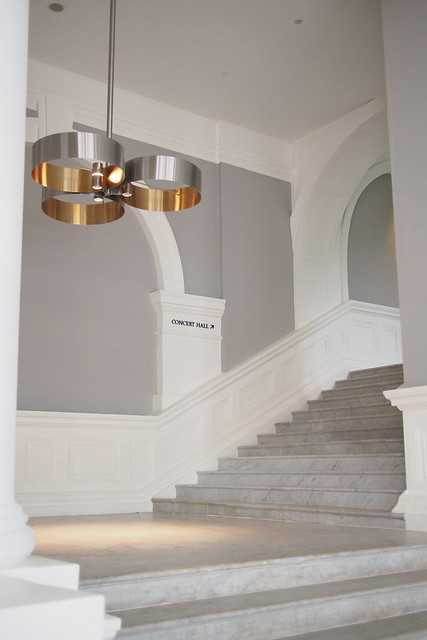 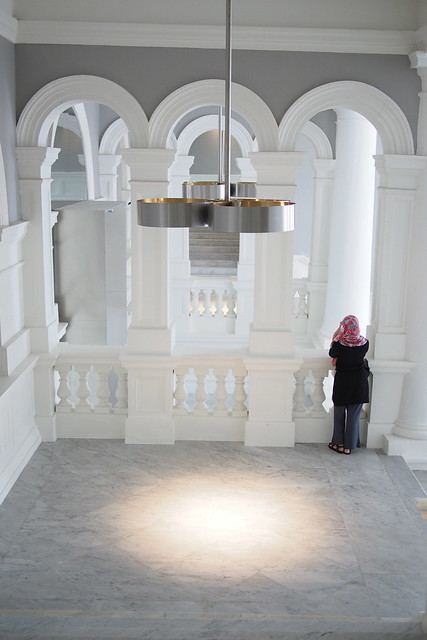 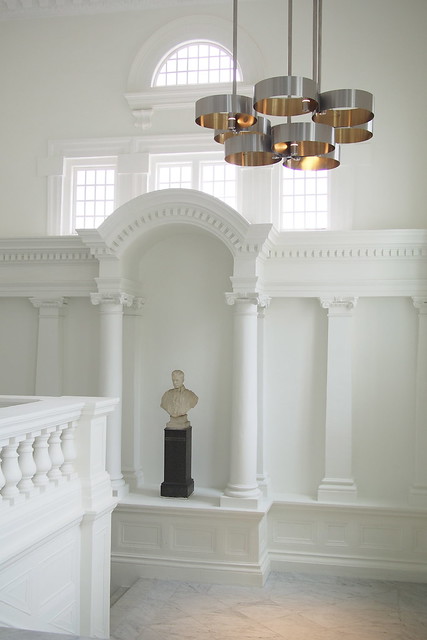 Up the mirrored staircases, the marbled flooring looked different (cleaner?) but was probably original. Think there used to be a red carpet running up the middle of the stairs. 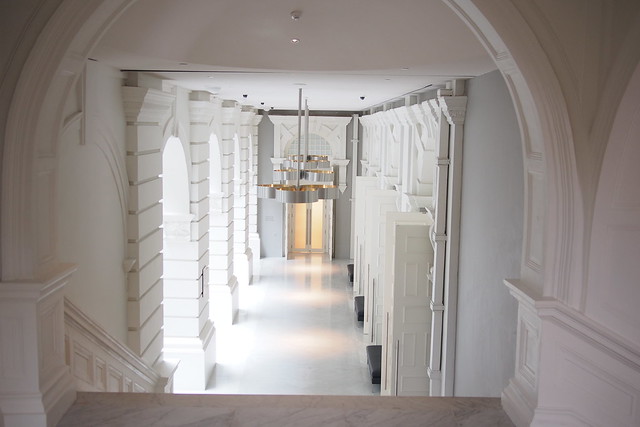 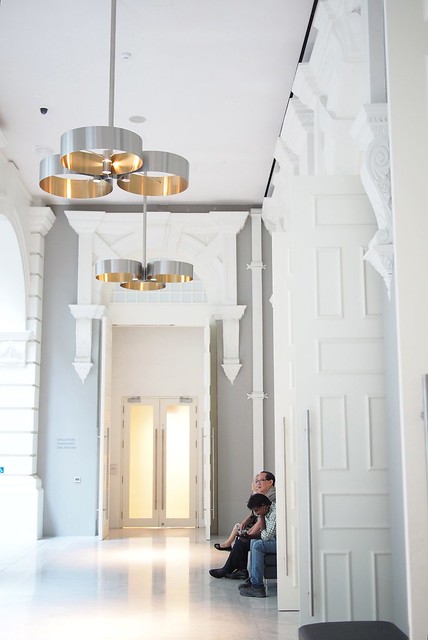 Half-way up the stairs, there was a way down to the left side of the VCH, which opened up into the glass-roofed central atrium between Victoria Theatre and Victoria Concert Hall: 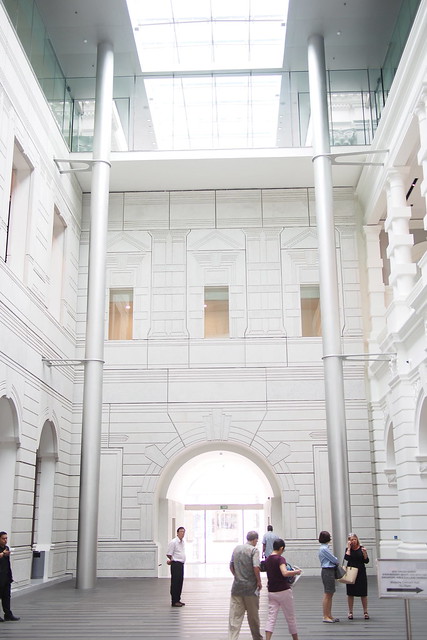 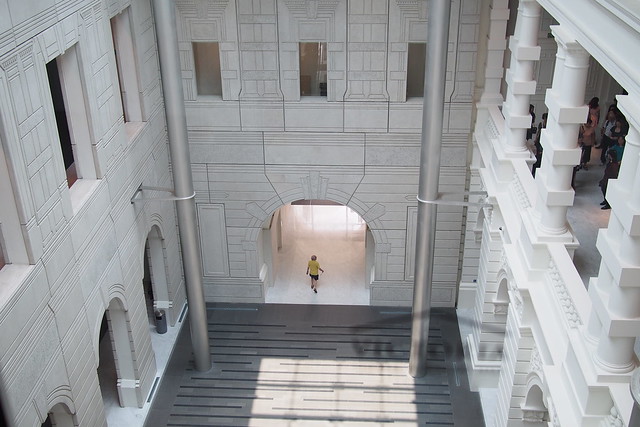 I will never forget the desperate walks to the lift that used to be at the end of the atrium. That old lift would take you to a music studio where your ABRSM examiner would be waiting. I never practiced and would have been attempting to memorise the score for the first time on the way to this part of the civic district. 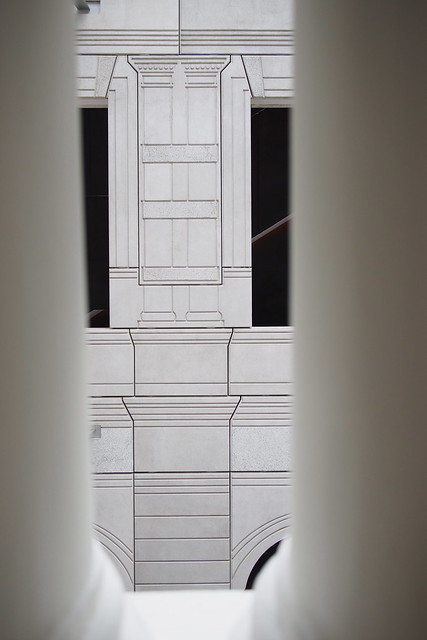 I liked Mok Wei Wei (W Architect)’s gentle irony of etching a reflection of the columns of VCH onto the new facade of VT. 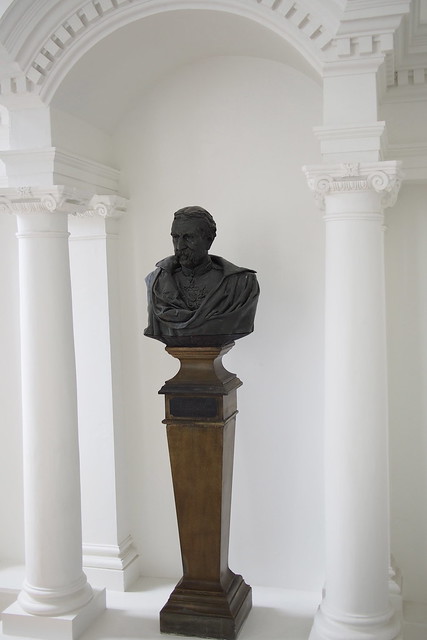 Returning to the staircase, there was this guy’s bust, which was always a good sign if you were slightly late for a concert and could hear them closing the doors above. 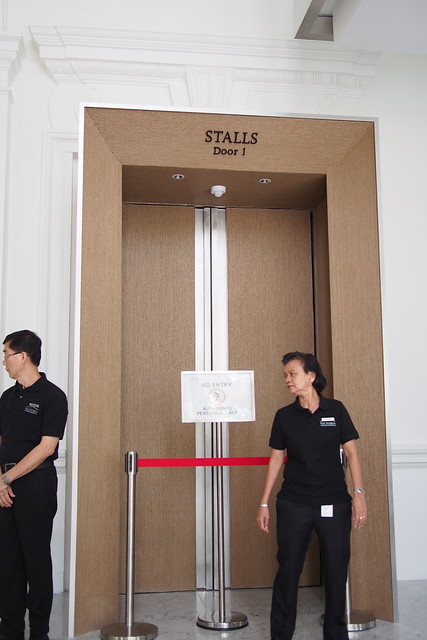 We used to run in this set of doors (to sit on the left side of the hall, facing the stage). They were white and wooden and a little creaky, but these seemed taller, narrower (but perhaps a perception error), and heavier (probably not the exit you’d take in event of a fire). 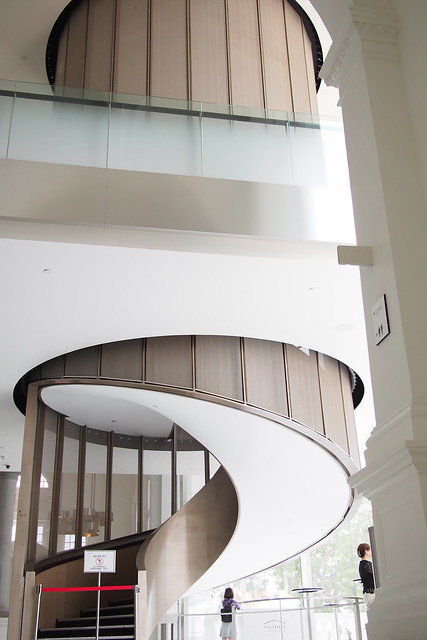 The space where autograph and CD selling sessions used to take place was now dominated by a circular staircase. Stark juxtaposition between white Victorian and burnished modern. 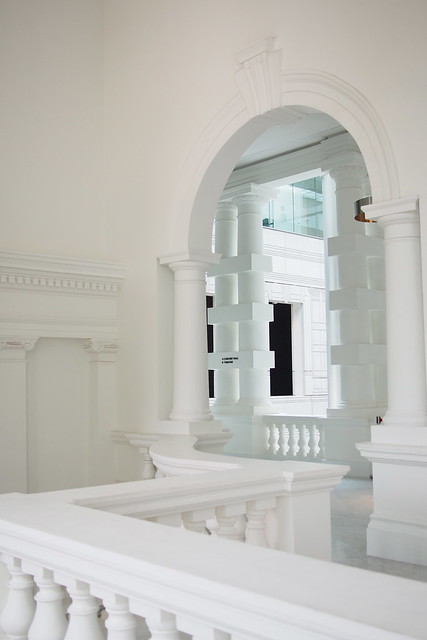 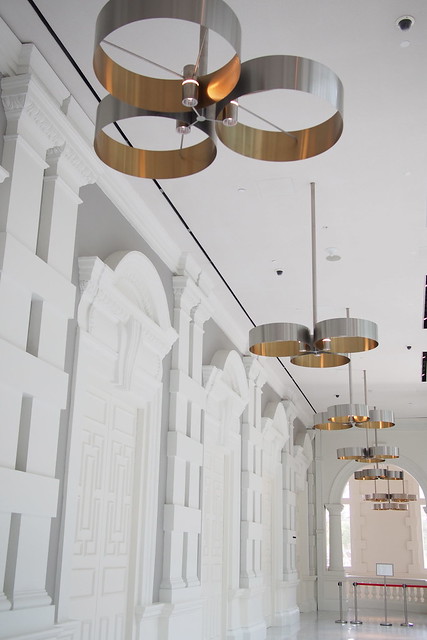 ’round the corner, another corridor of lights by .PSLAB, overlooking the central atrium. The clustered circles were another self-possessively modern touch, made more classy by a brushed metal exterior and anodised gold inner surface.

The interior of the concert hall was much fresher. The old VCH had a certain smell to it that I liked because of a long association with the place and its innards, but this just smelled neutral and new – which would generally be preferable! 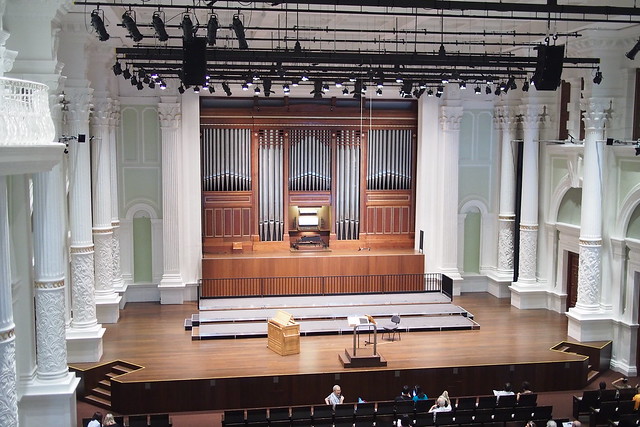 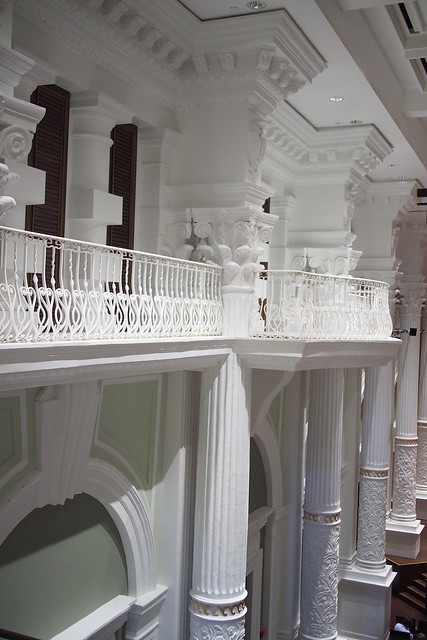 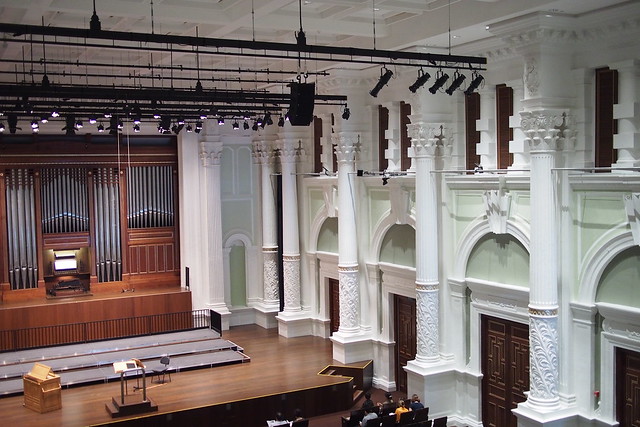 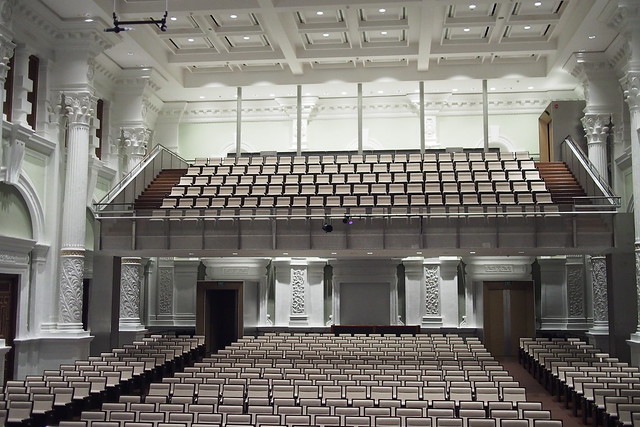 Not sure about the necessity for that shade of green. But taking advantage of Arup‘s theatre and acoustics consultancy paid dividends in a delightful clarity of sound. The stage seemed smaller (or I might have just grown bigger), but the seating had definitely changed for the better – the gallery was higher than it used to be, and with less seats. Hopefully, this meant the sound under the gallery (which used to bounce around rather oddly) would have improved.

After a good organ work by Sven-Ingvart Mikkelsen (pipe organ sounded very different), and good controlled choral work by the Singapore Bible College Chorale, a docent offered to take us on a 20 minute tour of the building. 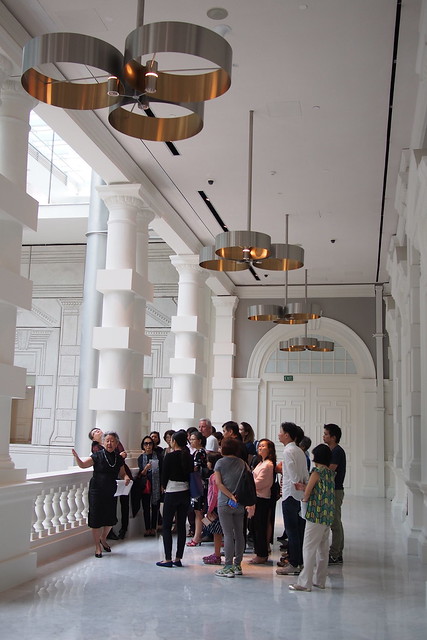 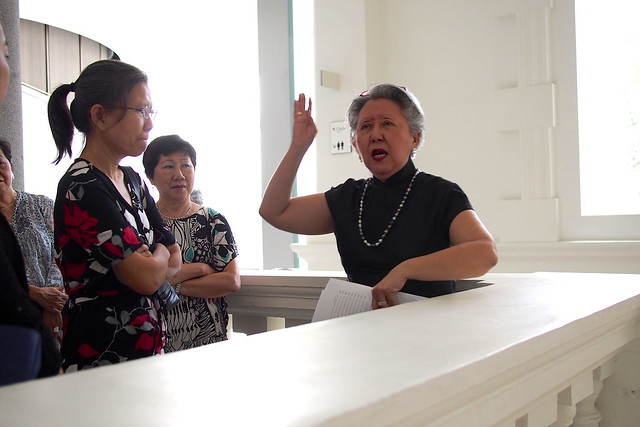 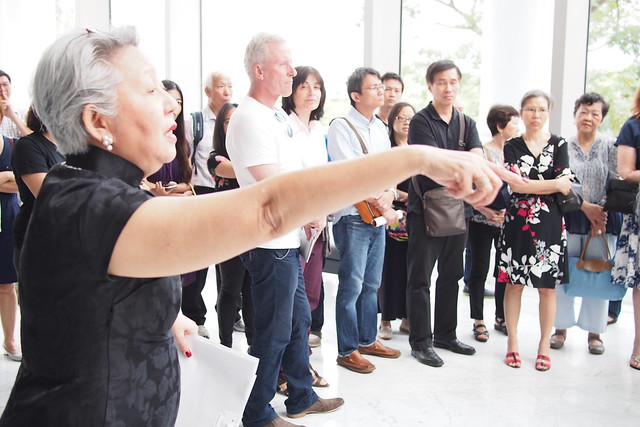 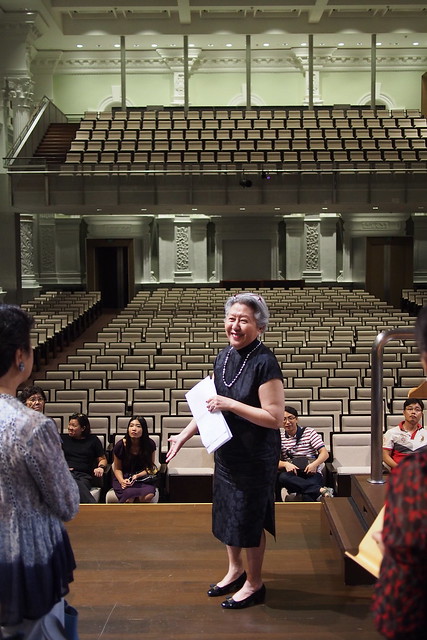 She was animated, informative, and in short, brilliant. 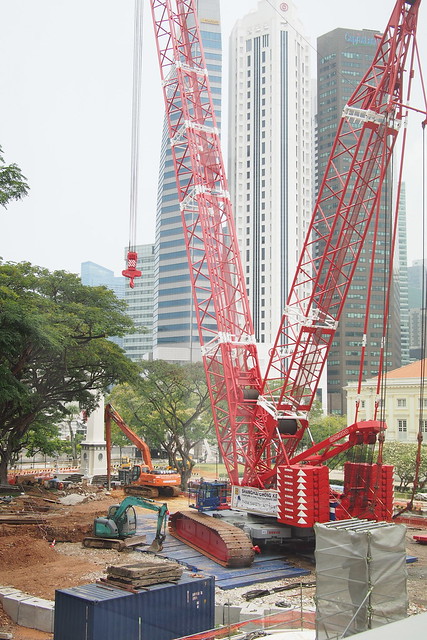 A light-hearted moment, after a concert with pieces dedicated to the memory of Lee Kuan Yew who had passed away at 3.18 a.m. that morning.