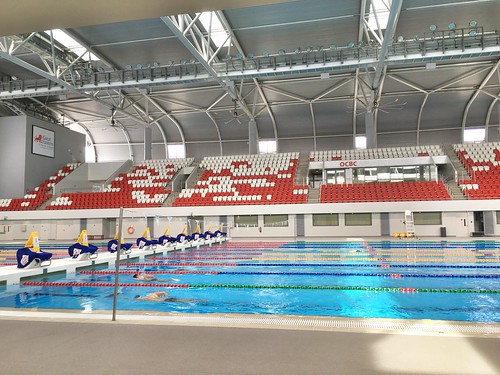 Nothing like a good swim to attempt to clear the mind, even if laps at OCBC Aquatic Centre at the Singapore Sports Hub aren’t quite as heartily bracing as a dip in the pool on a blustery day in Portishead, Bristol.

The Singapore Church is coming to the end of 2 Thessalonians at the moment. Last night, we read the passage below:

6 Now we command you, brothers, in the name of our Lord Jesus Christ, that you keep away from any brother who is walking in idleness and not in accord with the tradition that you received from us. 7 For you yourselves know how you ought to imitate us, because we were not idle when we were with you, 8 nor did we eat anyone’s bread without paying for it, but with toil and labour we worked night and day, that we might not be a burden to any of you. 9 It was not because we do not have that right, but to give you in ourselves an example to imitate. 10 For even when we were with you, we would give you this command: If anyone is not willing to work, let him not eat. 11 For we hear that some among you walk in idleness, not busy at work, but busybodies. 12 Now such persons we command and encourage in the Lord Jesus Christ to do their work quietly and to earn their own living. (2 Thessalonians 3:6-11)

A bible study leader opined that this demonstrated Paul’s single-minded devotion to the gospel, with the application to us today that we too should follow his example. Paul does set such an admirable example in, say, Philippians.

D.A. Carson thinks that this is an example of the benefactor-benefactee relationship that was rife in those days, with the contemporary application being that we should not be of-the-world, but should be distinct from it.

But Paul’s instruction, nay, command, in 2 Thessalonians seemed quite a bit more pointed than that – work and not be sponge off others; be busy at work and not be idle busybodies.

If read together with the preceding chapters, it could be that some Thessalonians were so affected by the prevalent erroneous over-realised eschatology that they’d given up all attempts at “normal” life. But as BL pointed out, as we were discussing this over a picnic, there’s nothing in the letter to suggest that this might not be a completely separate point. 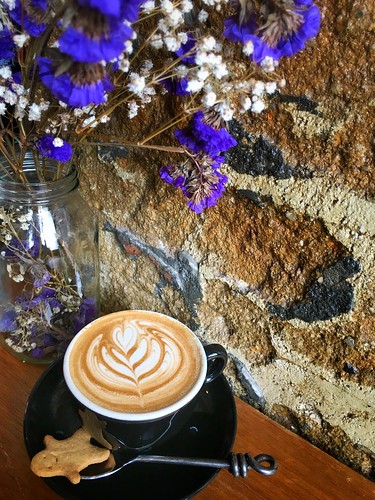 This flat white at Symmetry Cafe (9 Jalan Kubor, Singapore) was all creamy chocolate and hazelnut in the cup. Not sure which roaster they got the coffee beans from but the Etcetera is a blend of Guatemala Antigua, some Columbian, and some Panama. Excellent service as well, with one waitress coming round to top up the complimentary tap-water, even as I sat there trying to figure out 2 Thessalonians for several hours!