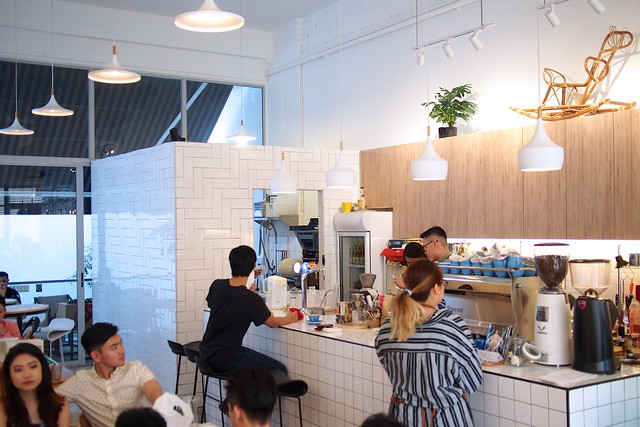 “Where you want to go?” asked the security guard at Thomson V Two as he emerged from a room probably full of surveillance screens, having interrupted his lunch to deal with this loiterer. No he hadn’t heard of “5 by 5”. Massage place? (Nooo…how…?) Chicken shop? (That’s probably Chicken Clinic, where chickens are cured of the disease of…er…life.) French food? (Nope, that’s The Black Sheep Cafe.) Bakery? (Nope, #1 Baker Street.)

Five by Five Cafe & Bar (facebook. #01-03, Thomson V One, 9 Sin Ming Road) was eventually discovered without assistance on the canal / lokang side of the building. A clean space decked with white tiles, equipped with a brew bar. There was a Synesso for shots and Cafe de Tiamo coffee drippers for brews. 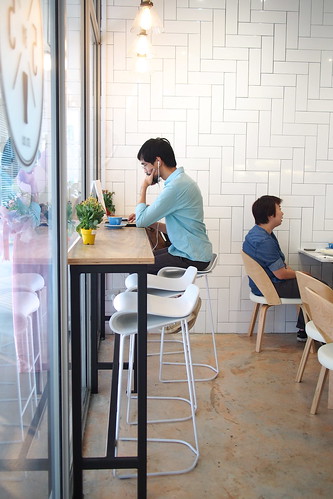 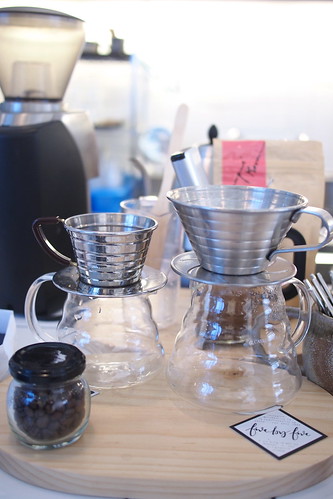 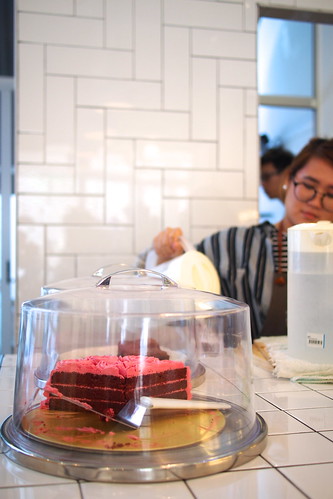 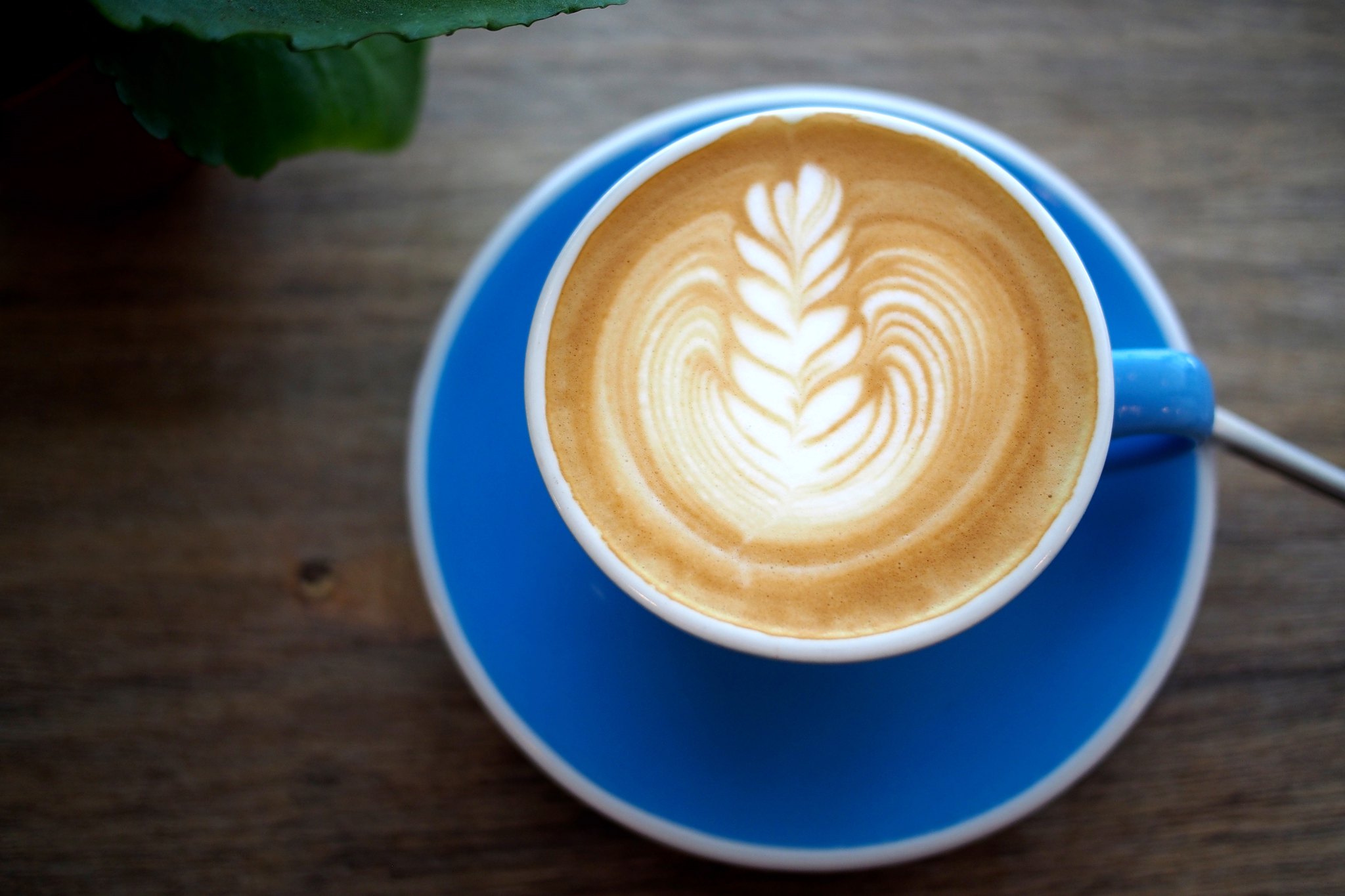 This flat white was courtesy of, I think, Common Man Roasters’ 22 Martin blend – Brazilian and Indian. Good mouthfeel, thorough incorporation of milk. Chocolate with a hint of cinnamon. Given my preference for strong bold flavours, I wished I’d persuaded the barista to have given me a double ristretto instead. (She’d explained that a single shot was best for the blend. I forgot to counter that I was quite abnormal, and would never have made as good a barista so far be it for me to tell you how to do your job, but pretty please could I have it more gao.) 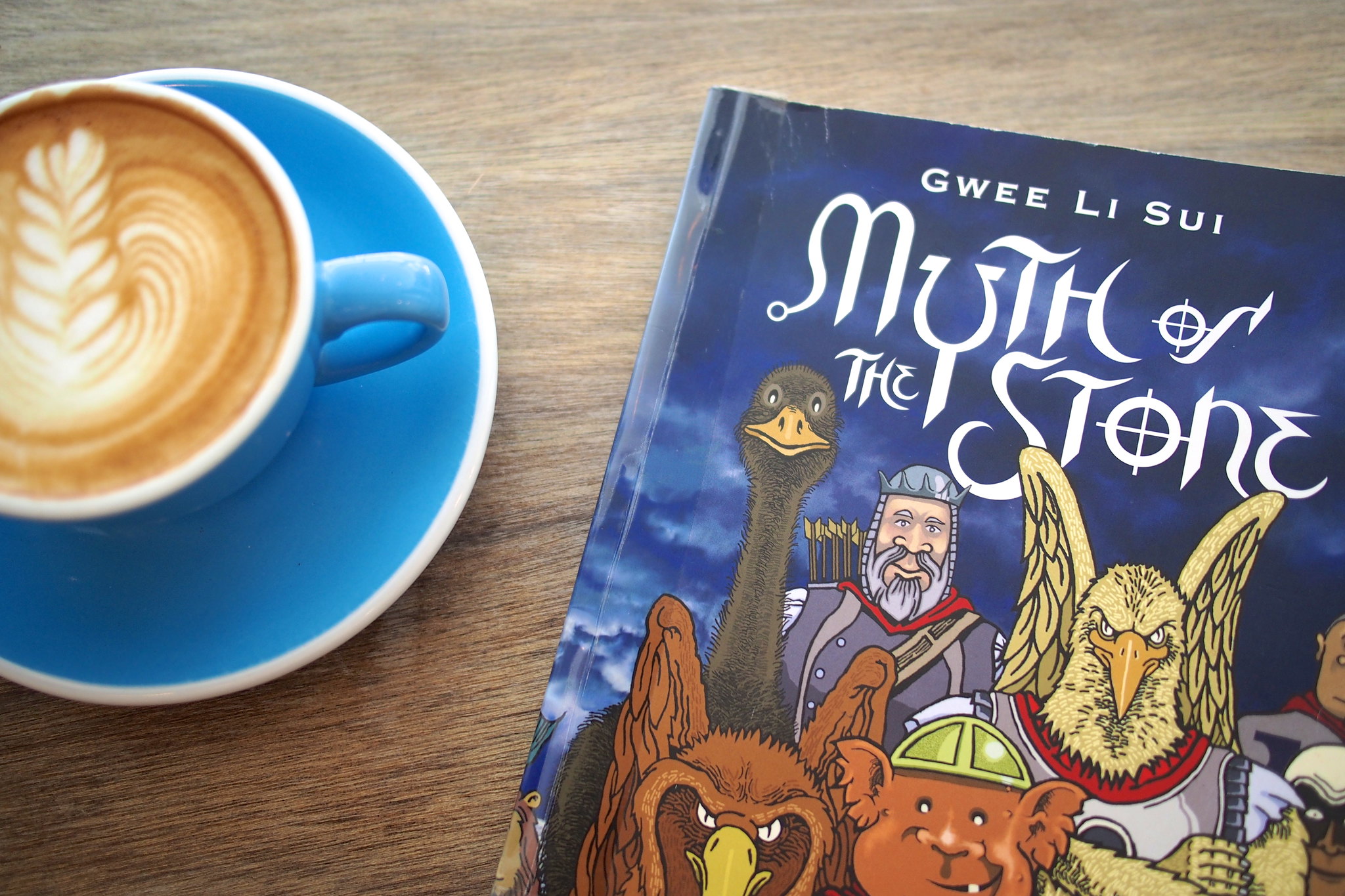 Still, it was an enjoyable cup to accompany the reading of Gwee Li Sui’s Myth of the Stone (facebook) – “Singapore’s first graphic novel”. This appeared to be a bildungsromans of sorts with Li-Hsu, our protagonist, learning that decisions come with consequences and the necessity of making responsible choices. Like the hodge-podge cast of international mythical characters that populated the book, the decision-making plotline was one of many that criss-crossed the comic. Working through this piece of re-worked juvenilia, you followed the author on a journey of catharsis, picking his way through the accumulation of tropes and motifs of fantasy narratives, biblical allegories, deus ex machina interventions, etc, reaching some sort of denouement. Perhaps the journey was picking the author instead.

The amateur artwork, I thought, was terribly appropriate for this atmosphere of juvenile dissatisfaction and confusion. 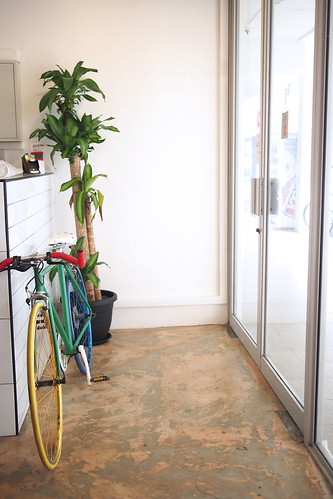 MJ and I had been continuing our way through Genesis that morning, seeing how, in Genesis 12-17, God promised to start to deal with the problem of sin (and therefore, man’s broken relationship with God) and the consequences of sin (man’s broken relationship with the world). If Neil Gaiman‘s Sandman epic is meta, then the Bible’s one story of mankind is much more magnificently so.