After a week of heavy day-time negotiations (at work) and even-tide talking loudly in very noisy coffeeshops (about the Bible), my voice has called it quits and I’m laid up at home on Good Friday with the ‘flu.

In an attempt to get some vitamins into the body, I’ve very sniffily made a poor man’s/budget/frugal acai bowl (but still about S$2 (£1)): marked-down dragonfruit from the wet market blended with discount yoghurt, topped with half a banana, cheap about-to-go-off strawberries and wrinkly blueberries, chia seeds from Mustafa, and homemade gula melaka granola. 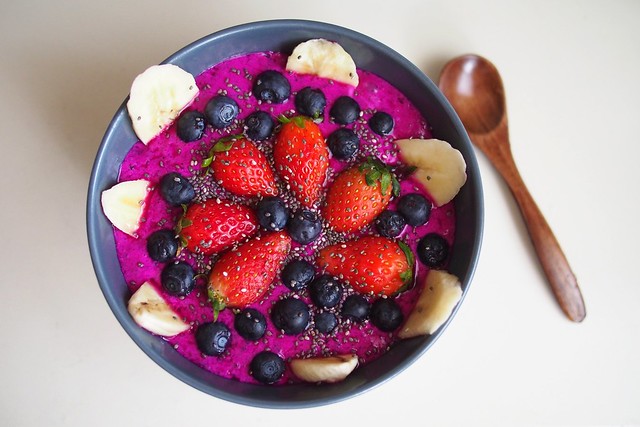 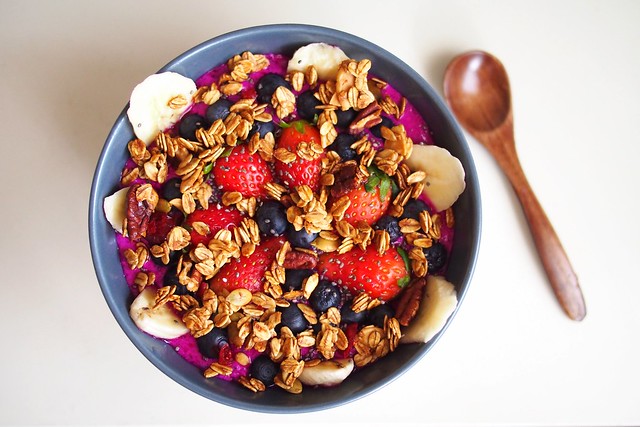 Being ill on Good Friday is a good time to consider the frailty of humankind, and our ephemeral impotent existence on this earth.

A Buddhist colleague was asking about Good Friday rituals over lunch yesterday. Her sister, a Catholic, was going on a hop-on, hop-off bus tour of the major Catholic churches in Singapore. Would I be doing the same?

I’d tried to explain that the locus of the Christian faith isn’t on the church buildings or church practices (or even on a holy man, the priest) but on the person of Jesus Christ and what he achieved on the cross. No merit is gained, as the Thai Buddhists believe, in visiting “holy” places or doing “good” or saying prayers.

But how can one then summarise the vast and multi-dimensional and cosmic work that was achieved by Jesus’ death on the cross? 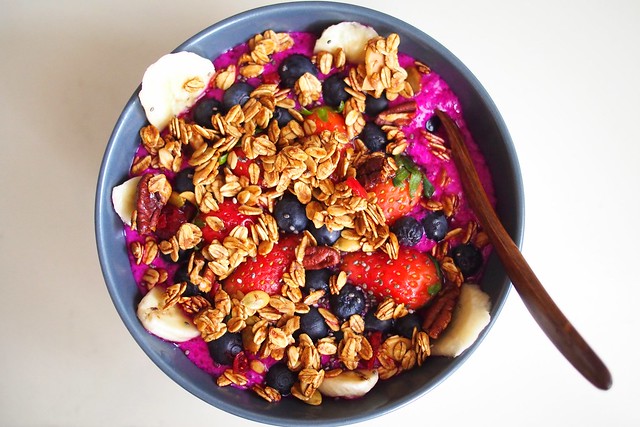 Reading the chapter on Christ’s Humiliation in Herman Bavinck’s Reformed Dogmatics in bed today was not much help in corralling Bible truths:

The mind, whether groggy or not, is blown by the magnitude of what happened that Good Friday.

Even the rather rich lyrics of Samuel Crossman’s My Song is Love Unknown seemed insipid in this light (but still rather lovely when sung by King’s College Cambridge to John Ireland’s “Love Unknown” tune):


My song is love unknown,
My Saviour’s love to me;
Love to the loveless shown,
That they might lovely be.
O who am I, that for my sake
My Lord should take, frail flesh and die?

He came from His blest throne
Salvation to bestow;
But men made strange, and none
The longed for Christ would know:
But O! my Friend, my Friend indeed,
Who at my need His life did spend.

Sometimes they strew His way,
And His sweet praises sing;
Resounding all the day
Hosannas to their King:
Then Crucify! is all their breath,
And for His death they thirst and cry.

They rise and needs will have
My dear Lord made away;
A murderer they saved,
The Prince of life they slay,
Yet cheerful He to suffering goes,
That He His foes from thence might free.

Here might I stay and sing,
No story so divine;
Never was love, dear King!
Never was grief like Thine.
This is my Friend, in Whose sweet praise
I all my days could gladly spend.