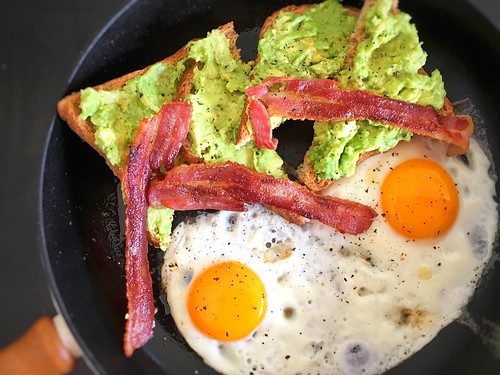 I crawled out from under the bedcovers late today, aching, peering out at the hazy Singapore sky (thanks to forest fires in Indonesia), wondering what time it was. As I made breakfast/lunch/tea, the previous day came back to me.

It was a normal sunny afternoon in Malacca, Malaysia. Just like any other. Along Jonker Street, tourists would have been queuing up for chicken rice balls or cooling off with a sweet chendol dribbled with gula melaka. 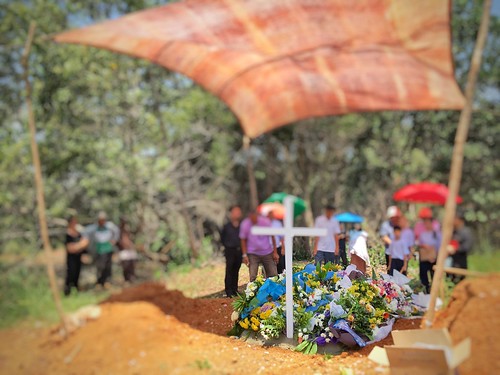 But we were here in the Malaccan countryside, by a narrow hole, in a graveyard.

The local Methodist pastor, who’d forgotten the deceased’s name twice already (it wasn’t really his fault – the deceased only turned up in church twice a year, at Christmas and Easter), was throwing white flowers into the grave.

As he threw the first white chrysanthemum he said, “You were made from the earth, and to the earth you shall return.”

Family and friends threw flowers into the hole. When they were done, the workers who had been idling nearby, sipping water from plastic cups, moved concrete slabs over the hole and laid several wheelbarrows of cement over it.

His widow, who had become blind over the last few years, could only hear the scrape-scrape-scrape of the cement sealing in the decaying body of her husband in the tropical heat. She asked to be helped away.

Then the many wreaths were piled on.

Some of the younger mourners, who hadn’t known the deceased, were teasing each other by the grave (“hey, your boyfriend says he wants to break-up with you!”), and laughing, and talking about hatching eggs in Pokemon Go.

When all the wreaths had been piled on, we all left to go to lunch.

Four days ago, life had been going on as usual. The deceased’s wife was holidaying with their daughter in the UK. And the deceased had gone for a golf game with some friends (“never said no to a round of golf”, nodded one of the mourners). On the way home from a trip like any other, the driver of the car lost control of the SUV. They smashed into a lorry, flipped over, and crashed roof-first onto the hard ground. Three people were “killed instantly”, the fourth was critically injured and didn’t know what’d happened as he’d fallen asleep in the back seat.

On hearing the tragic news, the rest of the family rushed back to the empty house, in utter shock and massive grief.

One day ago, my friend, the only son of the deceased, had given a eulogy. A very bold witness, he’d told those gathered that his father’s death was a warning that they must heed:

The black-and-white photos before the casket had shown a dashing young man, with a bright smile and a full head of dark hair, in a sharp suit, with his arm proudly around his new wife (now widow), an equally fashionable young lady. Other photos recorded the births of a succession of children, then grandchildren. My friend’s father went on to lead a respectable life amongst the local people. A successful medical career behind him, he retired and was enjoying life without any major health complaints. “A nice man”, agreed the mourners. “Director of 6 companies, you know, to keep his mind active”. “Oh yes, and also director of a bank. It’s been in his family for ages!”

But he was unprepared for death. And then it was too late.

How inappropriate to warn people to repent at a funeral, my friend’s sister had berated him. But because death can come at anytime, there will never be a more appropriate time than now, than today.