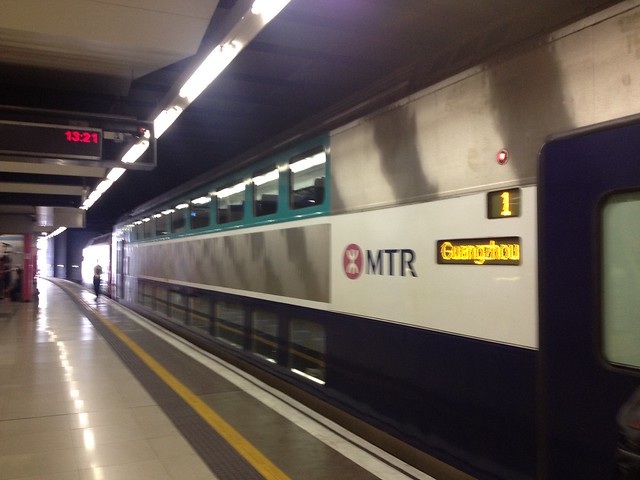 Farewell hugs before I dashed down the Peak to the MTR intercity through train from Hong Kong to Guangzhou. 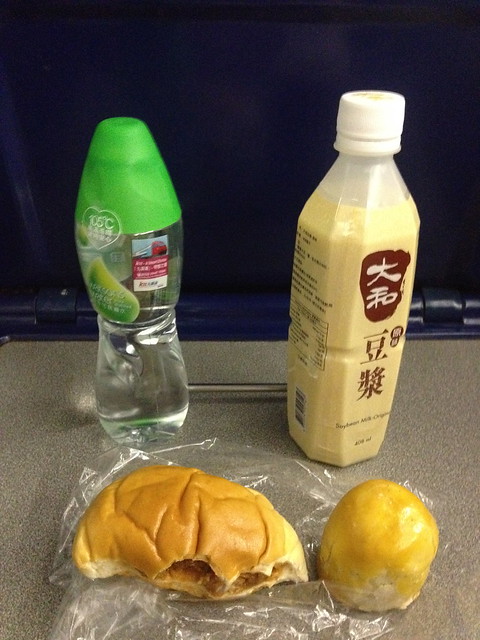 Complimentary water from Watson’s, and I packed a little bite to eat, to be washed down with a soya bean drink. 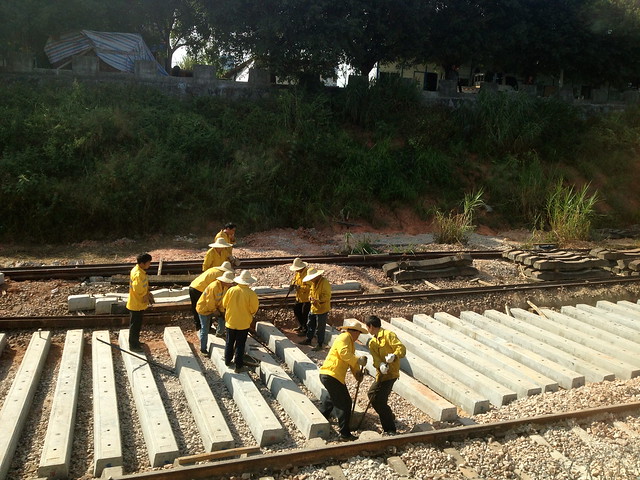 Sleeper replacement people, one of whom (out of the frame of this photo) was taking a photo of us on the train passing him. 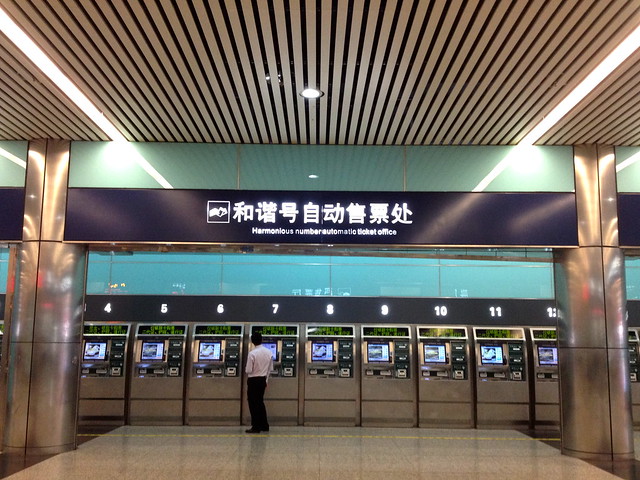 At the Guangzhou East Railway Station, loved the Ching-lish. 🙂 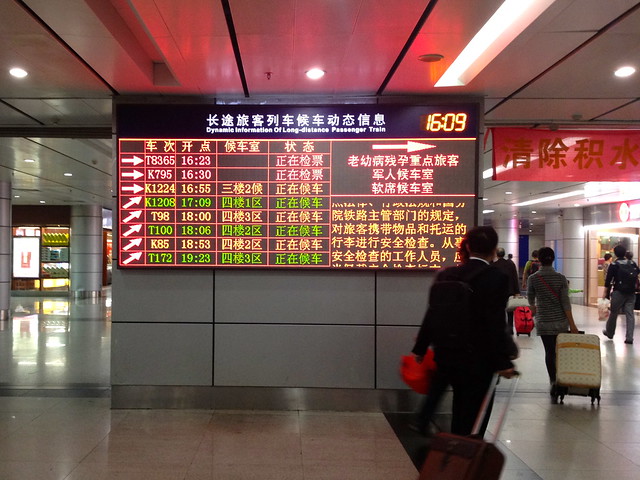 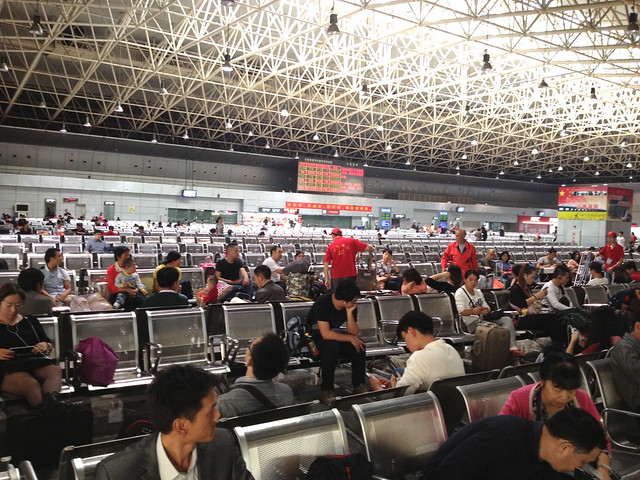 Loads of red everywhere! Even the digital signs were red. Also, chain-smoking indoors. 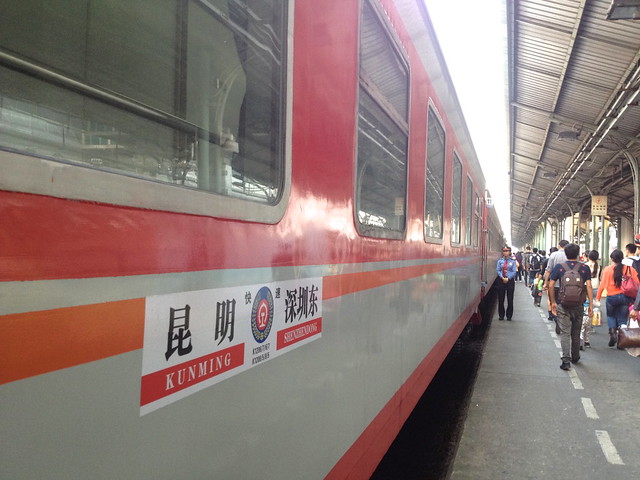 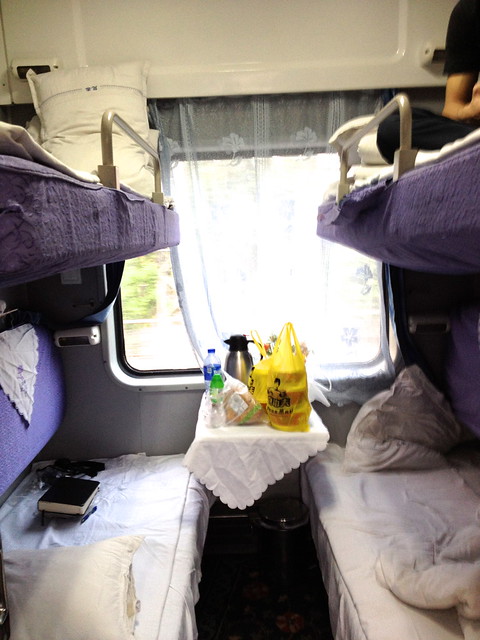 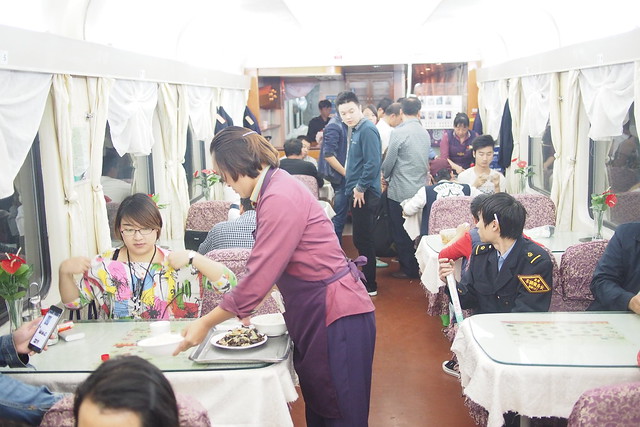 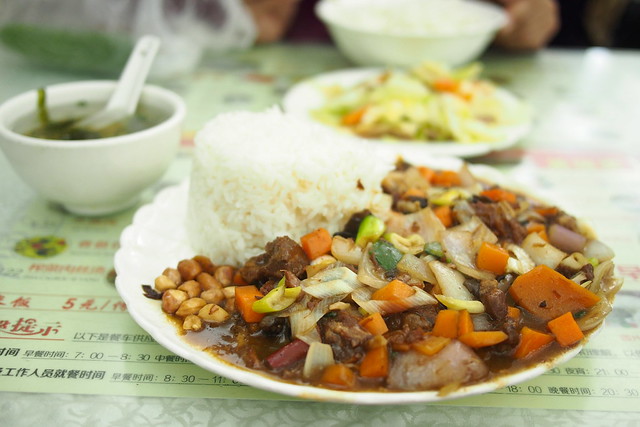 On the sleeper train from Guangzhou East Railway Station to Nanning, Guangxi, the restaurant car provided a cheap but incredibly tasty and filling dinner. 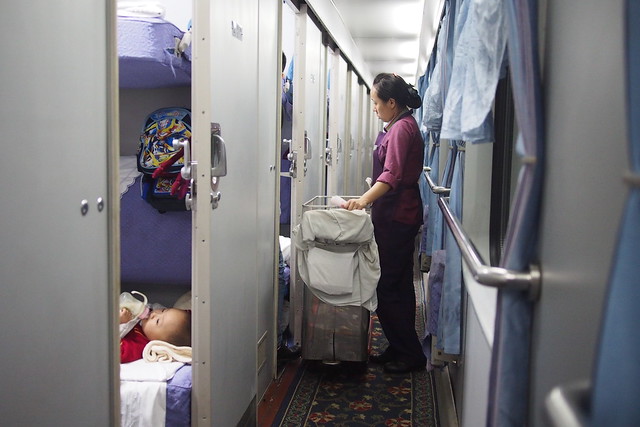 Later, babies were given milk (a train attendant went past giving milk powder samples – see the 2008 milk powder scandal and then the contamination of Fonterra’s milk).

Early the next morning, we were in Nanning, Guangxi.