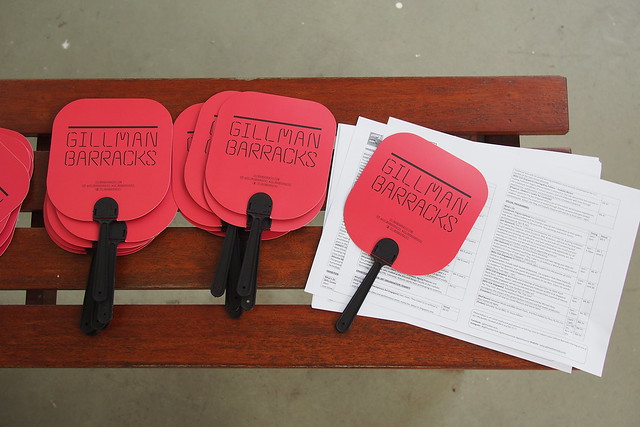 The ShanghART Gallery was, by default, almost everyone’s first stop at Gillman Barrack’s Art Day Out (March 2016 edition). We didn’t know anything about Xue Song being “one of the most influential and representative artists of Chinese Contemporary Art, and China’s pioneer “Pop Art” artists” at that point, but had great fun scrutinising the cutouts and figuring how they fit into the whole artpiece.

This made me think, first of the complexity of history and how short-sighted we are in thinking that we can exhaustively ascribe causes to any event in human history, and second, of the complexity of the Bible so that while it is simple enough for any literate person to read, there are depths to it unknown elsewhere in the corpus of human writing. 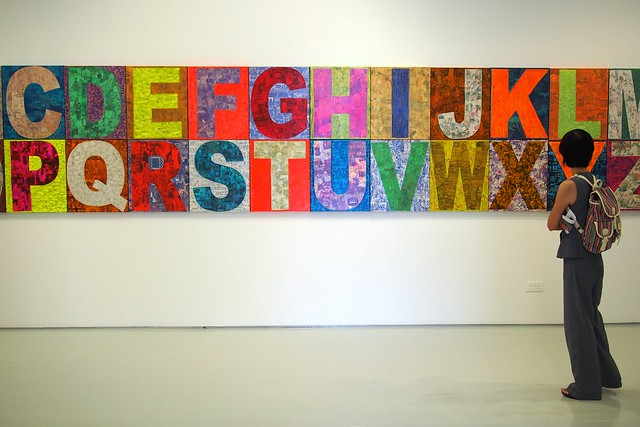 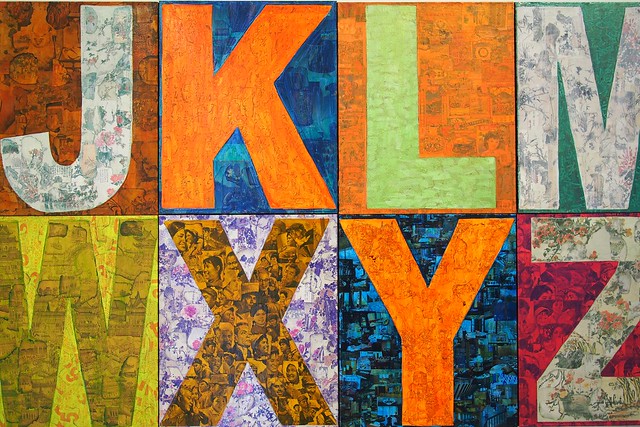 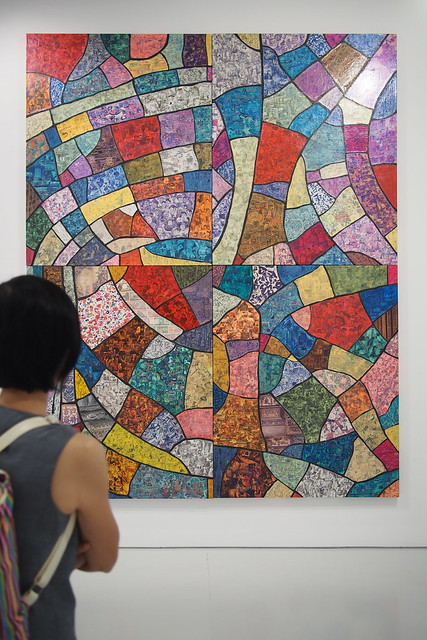 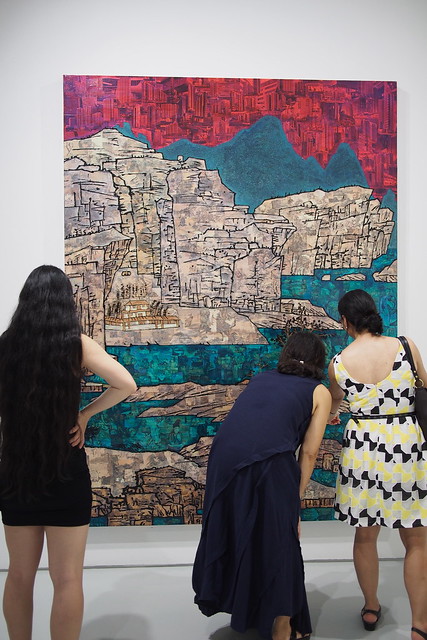 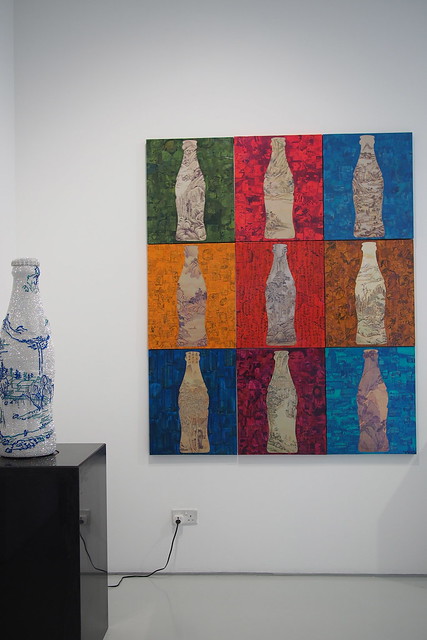 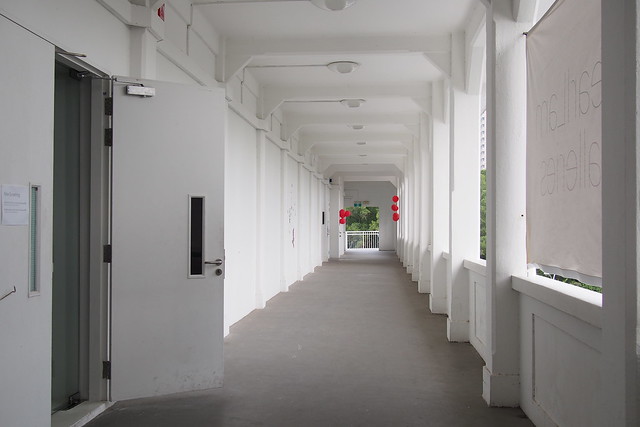 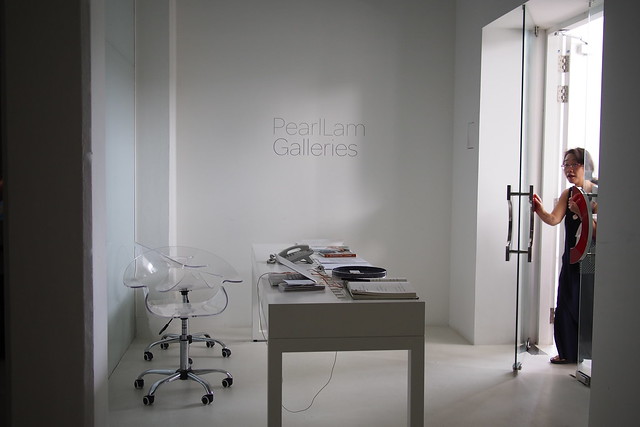 there were beanbags on the floor to sink into and watch Yinka Shonibare‘s Odile and Odette. 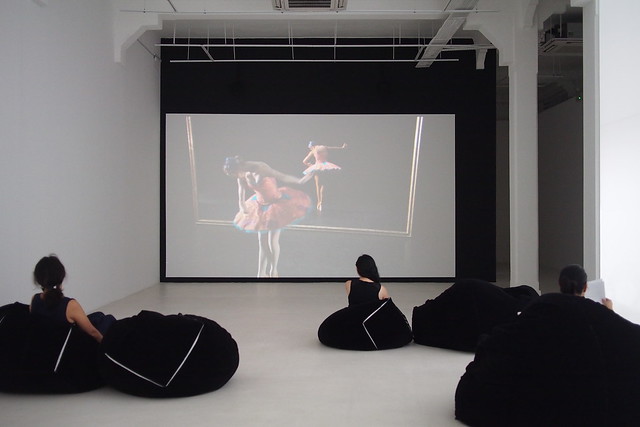 In Swan Lake, the same dancer portrays both Odile and Odette, the characters being distinguished by her black or white costumes. In Shonibare’s version, Odile and Odette are portrayed by one black and one white ballerina, set against each other across a gilt frame. Mirror images, their identities are ambiguous.

I liked that this wasn’t another post-colonial rant about racial victimisation (only to be undone by Chris Brown at the 2016 Academy Awards) but that even racial boundaries aren’t quite clear-cut: classical ballet and contemporary art; “authentically African” Dutch wax cloth tutus, etc.

Thence to ARDNT Fine Art (facebook), where Heinz Mack was being exhibited, and art books were on sale: 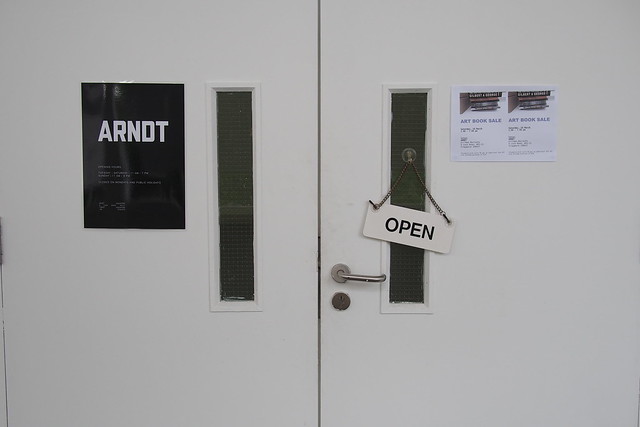 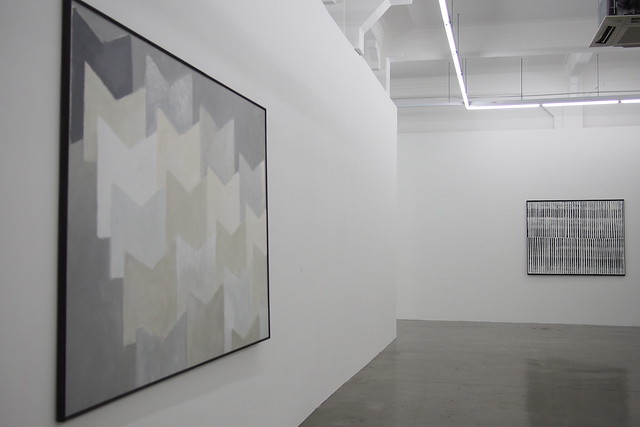 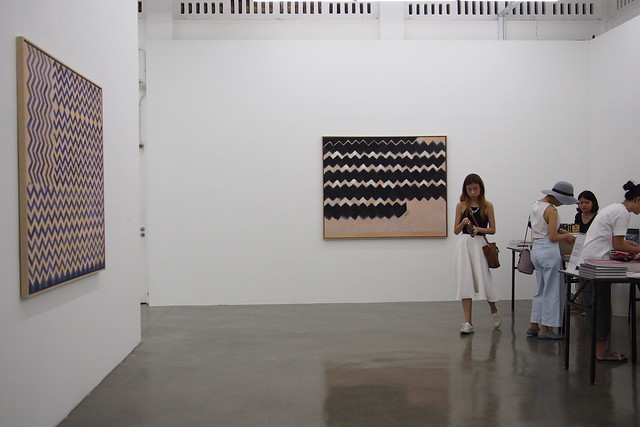 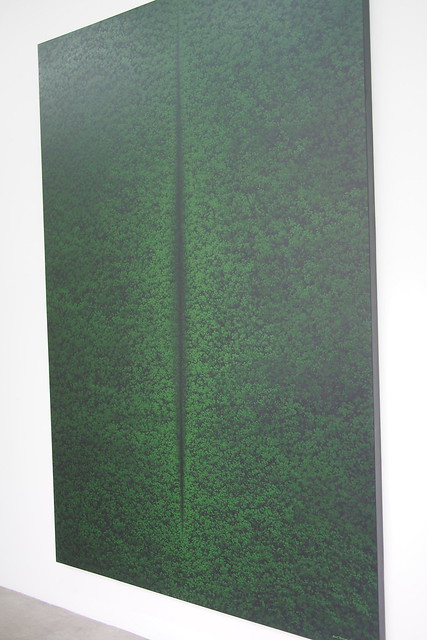 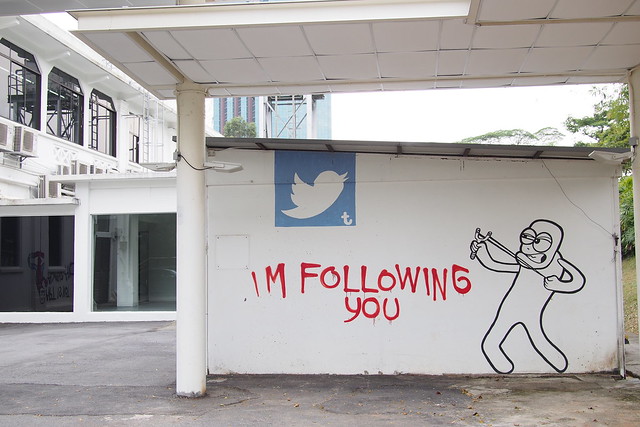 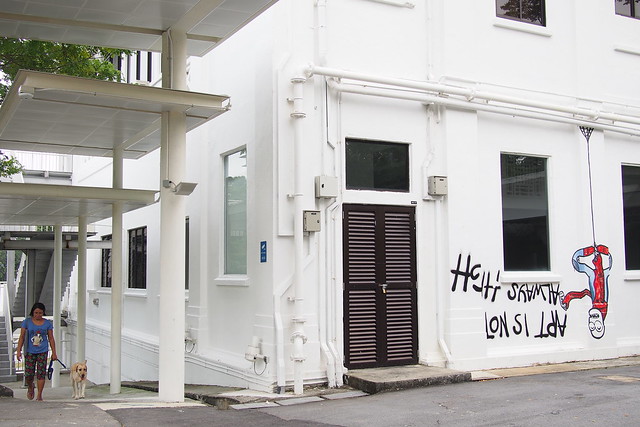 We’d originally entered the FOST Gallery (1 Lock Road, Gillman Barracks) to ask for directions to an Art Day Out! tour, but I was promptly mesmerised by Chun Kai Feng’s work.

What stopped me in my tracks was that Chun’s works weren’t Singapore-icon kitsch. We’ve had loads of that for SG50 and I’ve purchased my fair share of jiu cheng gao doorstops and racial harmony doormats and chope magnetic keychains (thanks, Stuck Shop).

Yet, neither were they pretentiously arty.

Everyday objects recognisable by any person on the SBS bus were taken out of their usual contexts and rephrased slightly so that an air-conditioner diffuser hung on a wall, spray-painted carefully so that its converging lines were emphasised, giving a linear perspective. 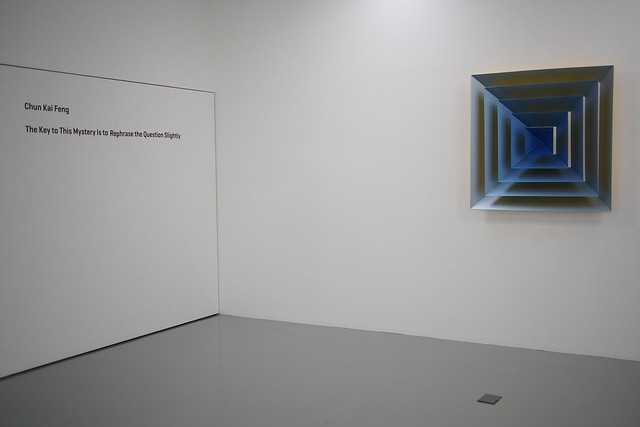 “The Key to this Mystery is to Rephrase the Question Slightly”

And it was hard not to burst out laughing at the yellow “Caution – Wet Floor” sign, that itself appeared to be slipping on a blue wet patch on the ground. 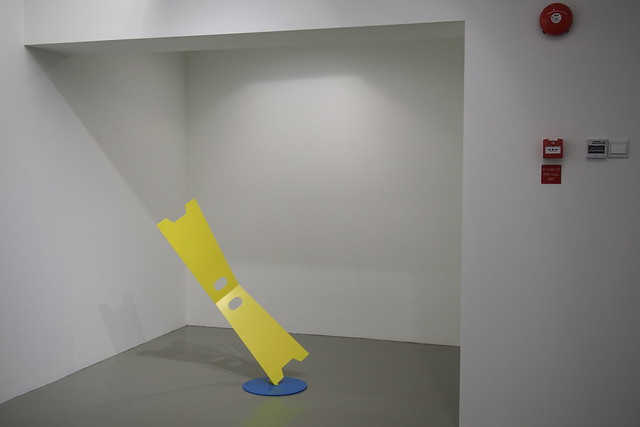 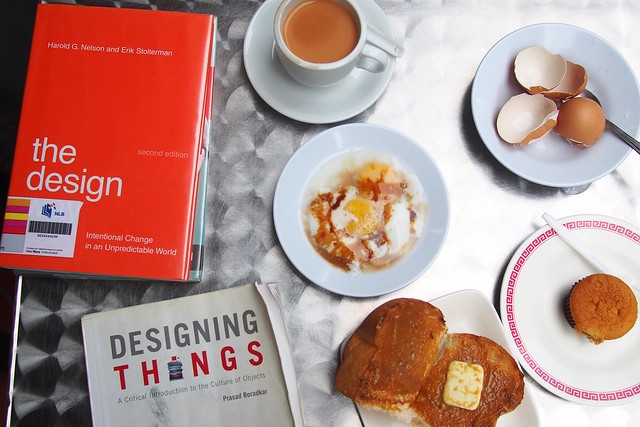 What anthropological, cultural studies, material culture studies questions can we ask about Things? More thinking to be done…