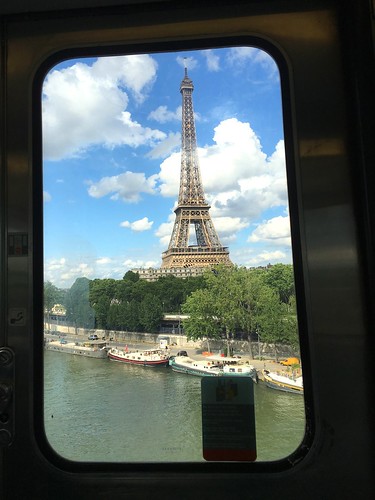 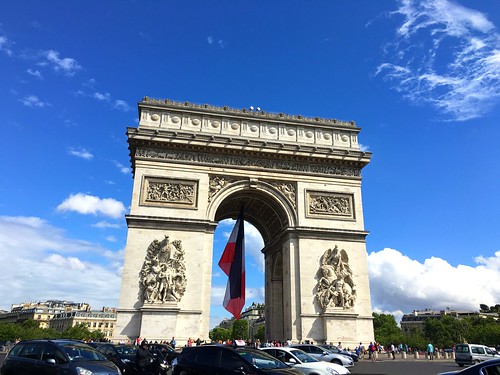 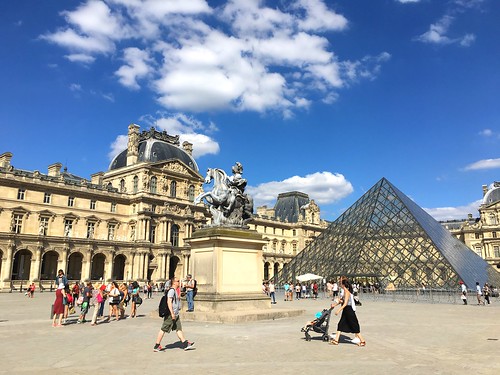 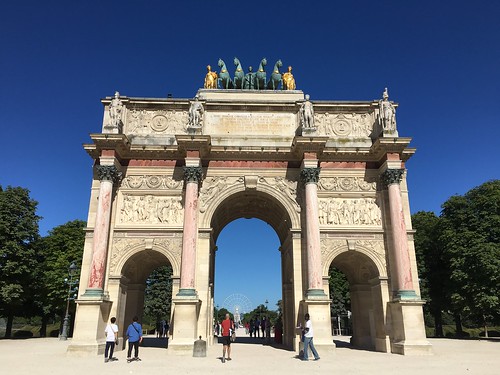 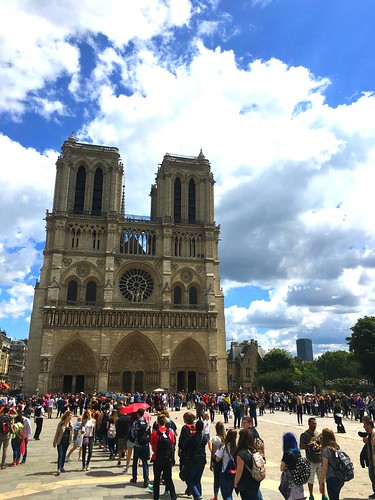 …or its iconic foods: cheese (from Laurent Dubois), sourdough bread (from Poilane), 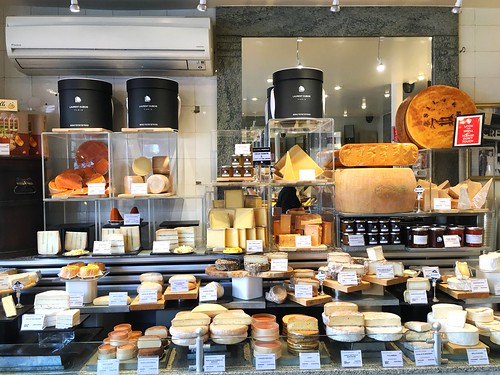 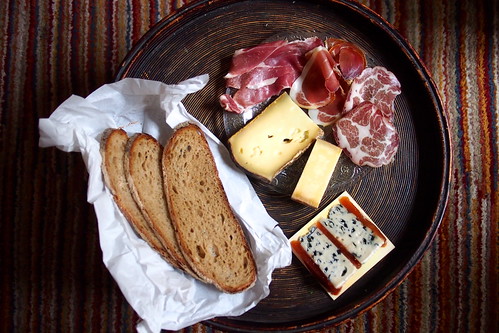 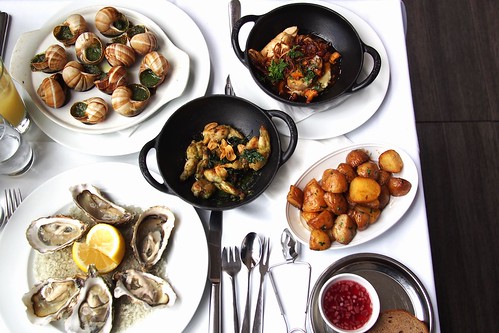 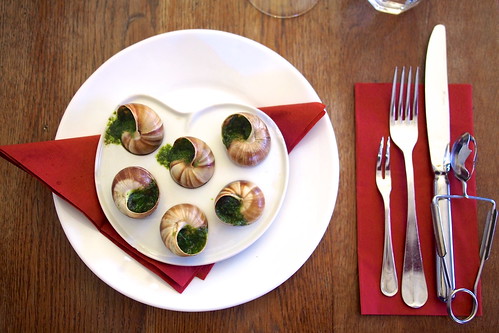 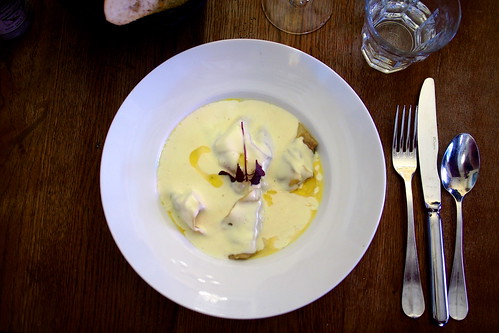 Having read A.J. Liebling’s Between Meals several times as a continually ravenous university student (possibly due to fencing training 3 times a week, rugby training once a week, and cricket, too, once a week), I used to despair of ever visiting such temples of gastronomy, expecting that any trace of them would have disappeared in the intervening years.

What Paris now offers though, is the pleasure of having my tummy satiated by a normal meal. In Asia, noodles and rice just don’t seem to present much bulk at all – an hour after lunch and I’ll be rifling through the office snack stash with a growling tummy, to the chagrin of weight-conscious colleagues. In the U.K., the ubiquitous potatoes helped some, but that had to be topped up with tea and biscuits ever so often. Ah, in France though, all that good tasty dairy fat in cheese and cream totally keeps me going for hours.

Still, worth rounding off a meal with sweets of course, just for good measure, and Pierre Hermé is just the thing. 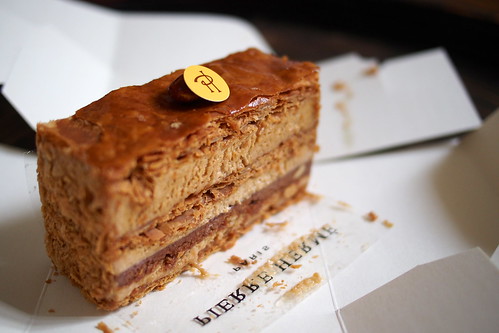 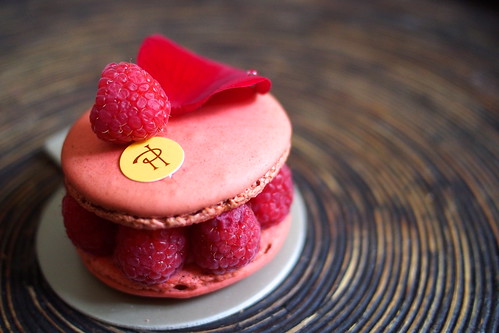 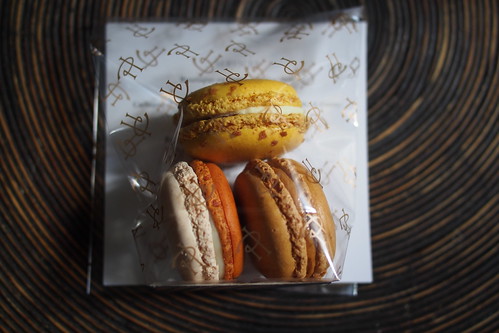 I joked with my French ex-housemate that perhaps Paris would be a good place to settle in. Not only was the food a perfect Tinder match, the people too were just up my alley. Ex-housemate had been explaining how the locals considered themselves quite intellectual, and would not listen to even a simple proclamation of the gospel until there had been some serious argument over an issue of choice (not necessarily even the very reasonable and logical questions about the authenticity and authority of the Bible), and I simply love a good argument. 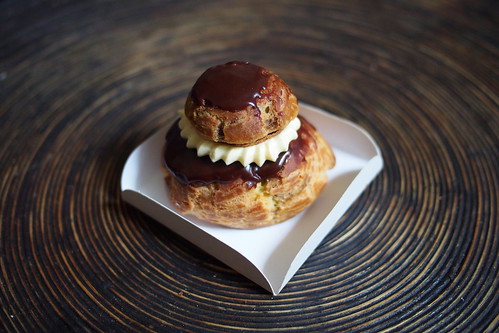 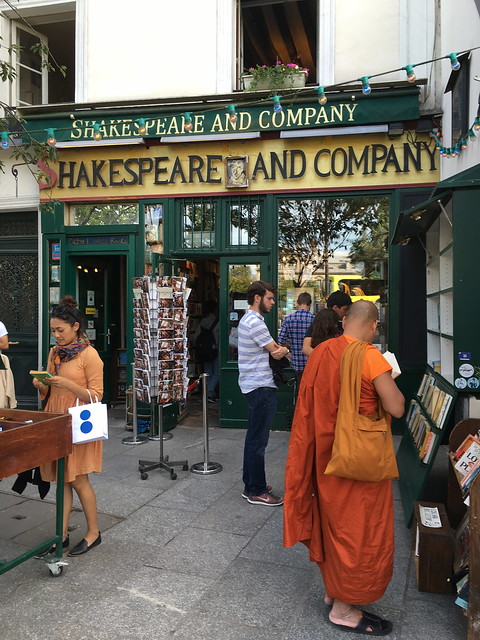 Naturally, as if to prove his point, many French people have critiqued the book for leaving out certain philosophers, for giving too much space to Napoleon, for misunderstanding nuances of certain ideas (“has he not read Baudrillard?!”), etc. But all agree that French pride in the intellect defines the nation.

And the French have interpreted Descartes to mean that Thought is man’s highest sacred duty.

But the current hooha over the burkini ban in certain part(s) of France has tarnished this image. Could it be that the French, like everyone else, is happy for the freedom of thought…as long as it is the same as their own?! 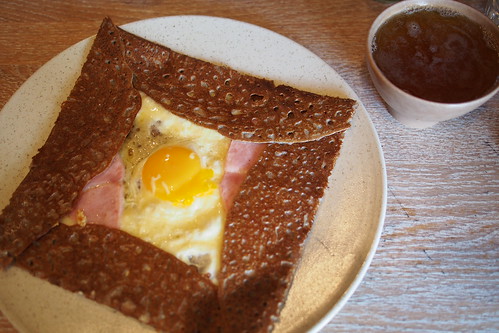 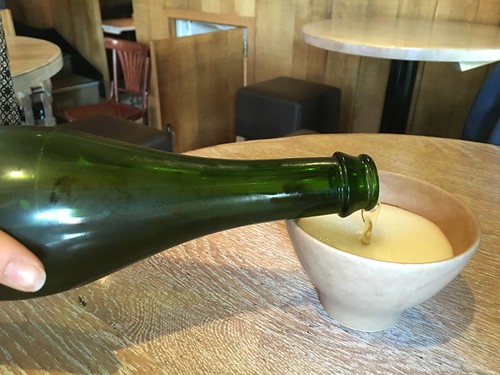 A more fundamental fallacy is this: the assumption that the human intellect is infallible.

A (more English) empirical enquiry would effectively evidence this.

“Je manger du fromage avec du pain” (“I eat cheese with bread”) was the first French phrase I learned, even before the usual “je m’appelle” (“I am called”), reflecting the central importance of those foods in my life and even, identity.

The brie de meaux is a lovely and melty (in Singapore weather) cheese with a sweet, creamy, slightly truffley, complex taste that totally cuddles up to your tastebuds. The morbier I am less effusive about – it is stronger tasting (good) but the saltiness trumps any nuance in flavour. There is a bitter aftertaste (interesting), and an almost agar-agar texture (not keen).

Accompanying the cheese, baguette au levain (sourdough baguette) from The Bread Table was a decent loaf. Its lack of an assertive depth of flavour (cf, say, Poilâne) commended it as a good base for any cheese.

There was no reason why a finicky child born and bred in Singapore, where lactose-intolerance prevailed on a sizeable chunk of the population, would take to bread and cheese so readily. It was too specific a liking and too early a proclivity to be any sort of pretension. On the subject of non-pretentiousness, we were discussing theology and the ordinary Christian, and how all Christians engage in theology, not just pouncy academics. Of course, the term could be used to mean generic academic study (in the U.K.) and systematic theology (in the U.S.), but at its heart, all these merely amount to serious discourse, reflection about God, based on the Bible.

Some points from D.A. Carson’s Introduction to Biblical Theology at The Gospel Coalition’s 2014 National Women’s Conference:

Biblical theology is interested in the temporal development themes across redemptive history. It is normally concerned with the following:

What are the ways that a good grasp of biblical theology help us to understand the Bible better, lead better Bible studies, and preach better?