We managed to visit the artists’ warren at 195 Pearl’s Hill before the sky broke, and there was torrential rain, and lightning and thunder, that made everyone flee deep indoors. It used to house the Singapore Police Headquarters, and like many old buildings, has had a second lease of life as artist workshops probably until there is enough commercial interest for the whole thing to be refurbished. 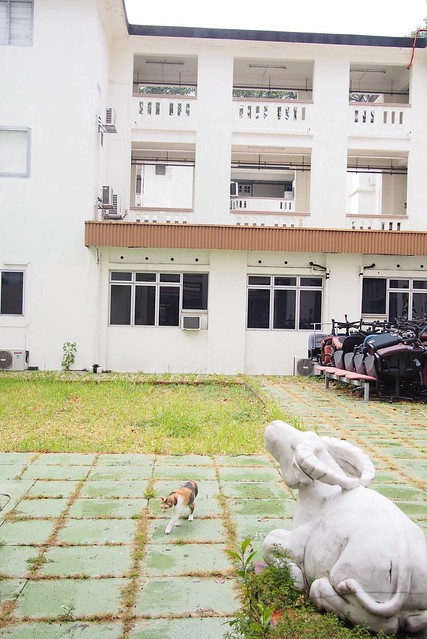 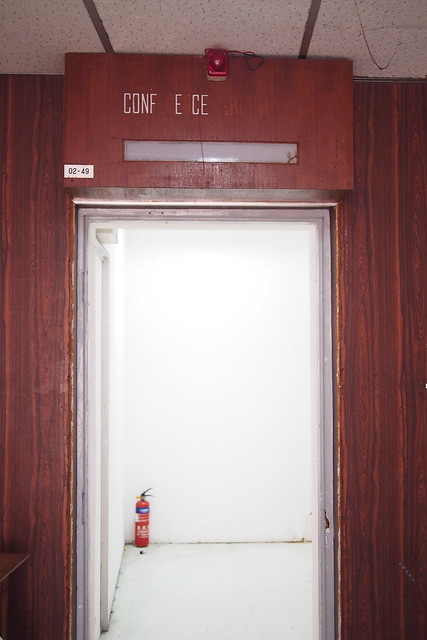 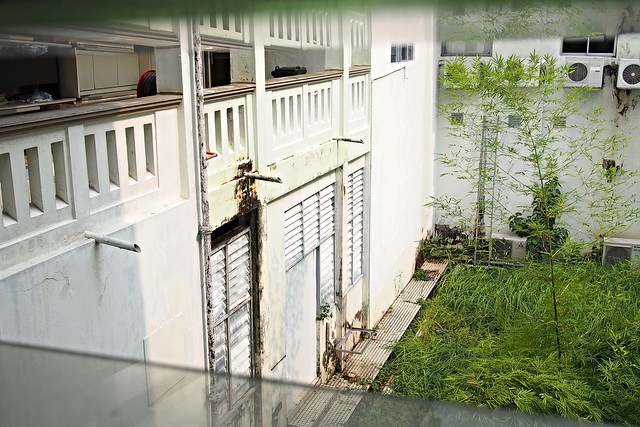 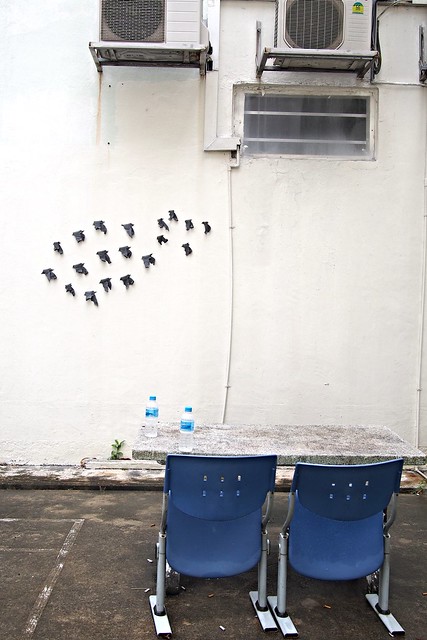 While waiting for the typesetting demo to start, some of us sought to replenish fluids at the Mama Shop: 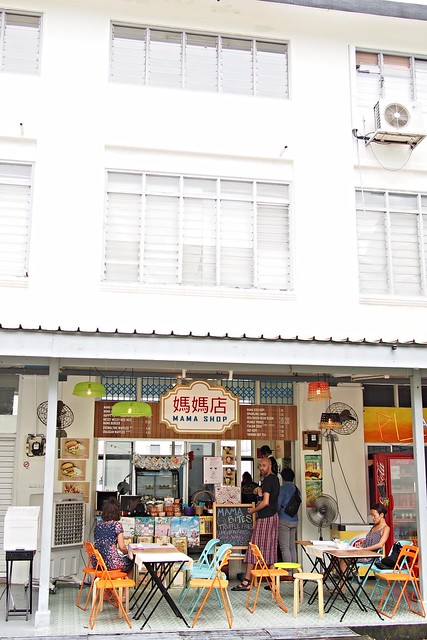 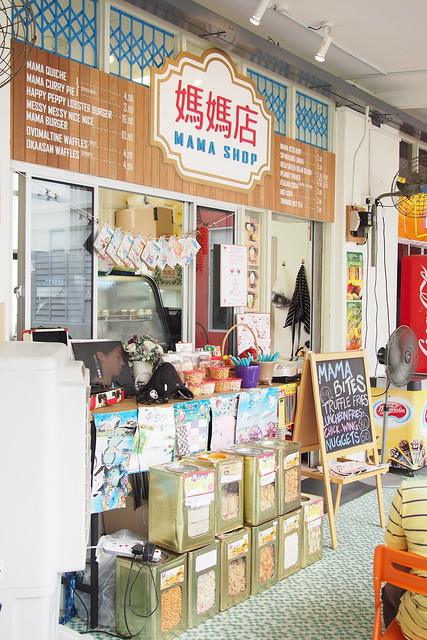 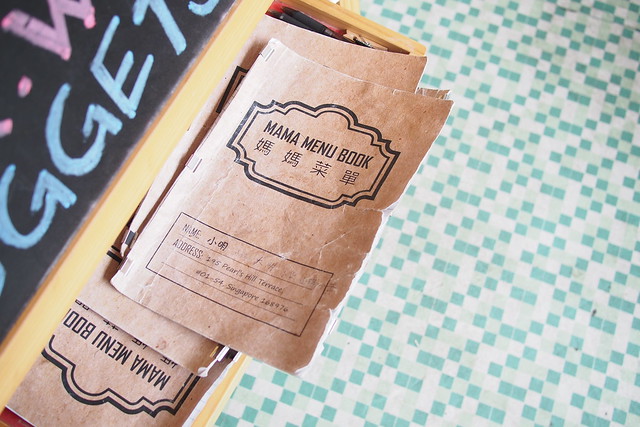 Down the corridor, Craft Varies (facebook) was at hand (haha) to write beautiful copperplate notes for a tin-can donation. He said he was proficient in many other calligraphy styles as well. 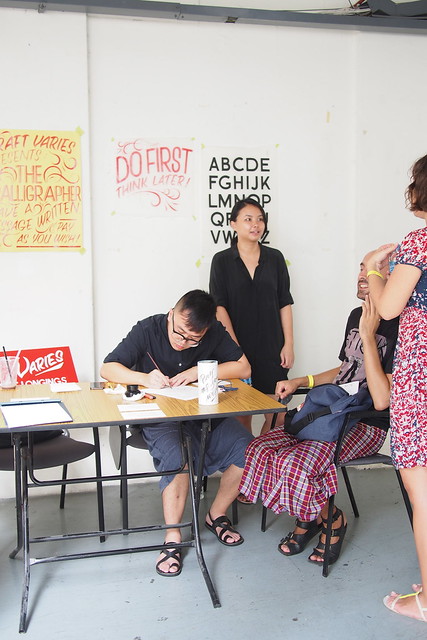 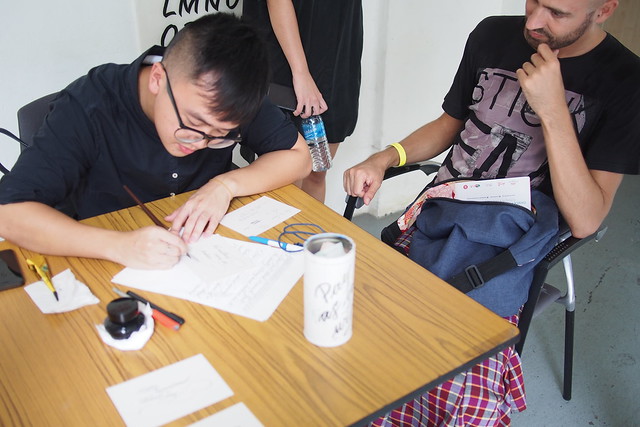 Sun Yao Yu arrived from his talk about typesetting and ushered us into his exciting Typsettingsg (facebook) workspace: 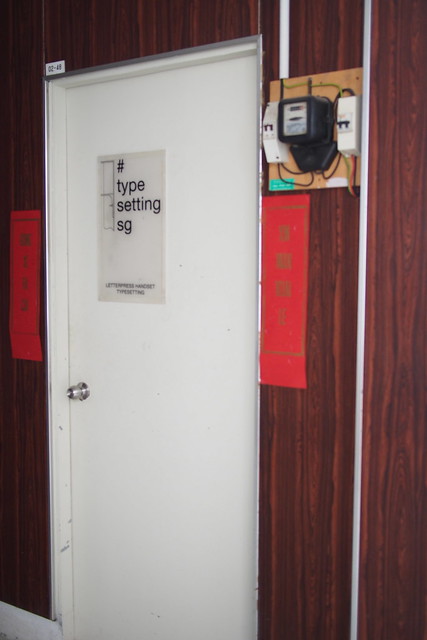 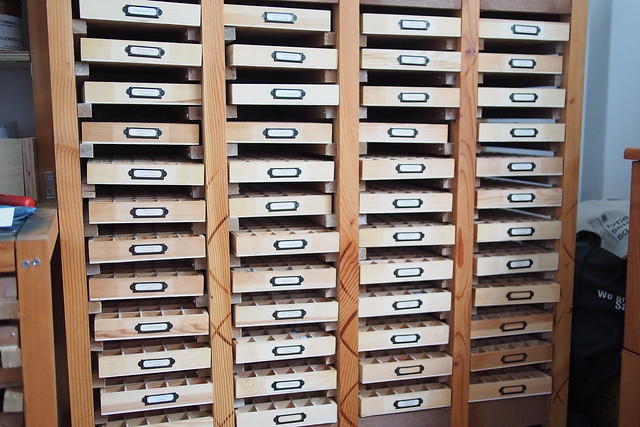 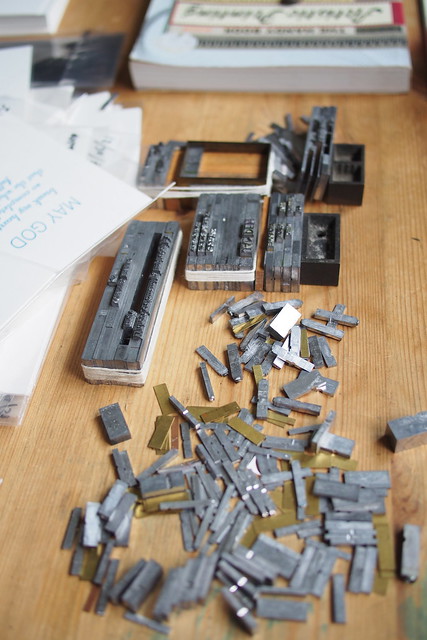 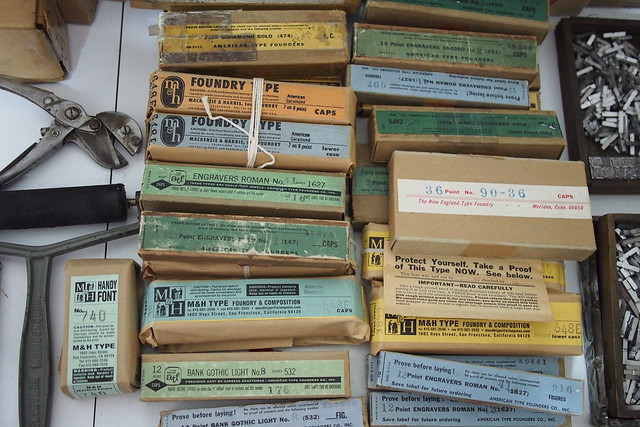 Yao Yu gave us a whirlwind tour through the history of printing from ancient China to Gotenberg to plate-printing, then let us play a little with his handpress and cylinder press: 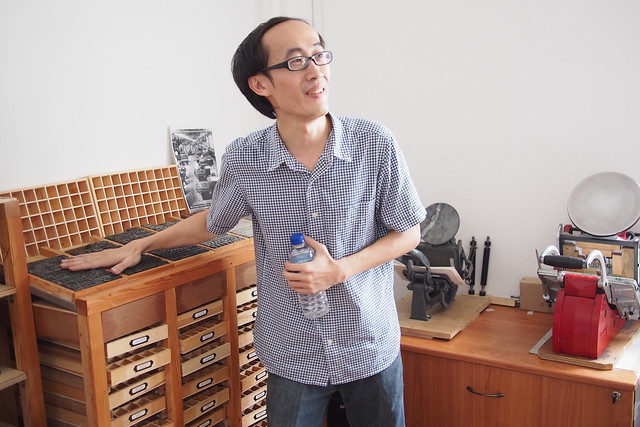 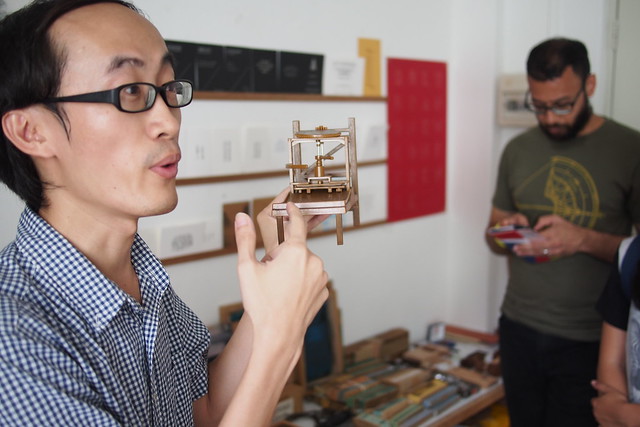 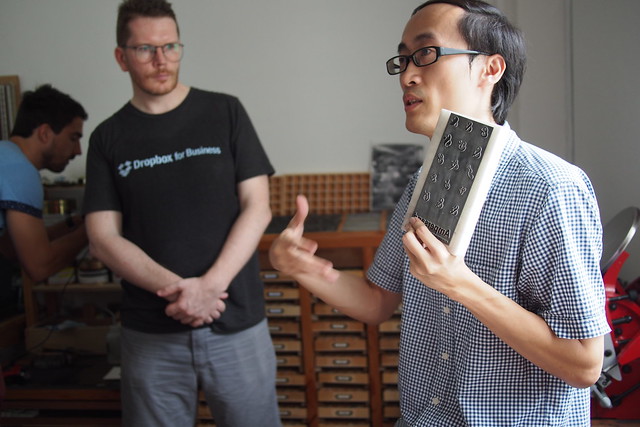 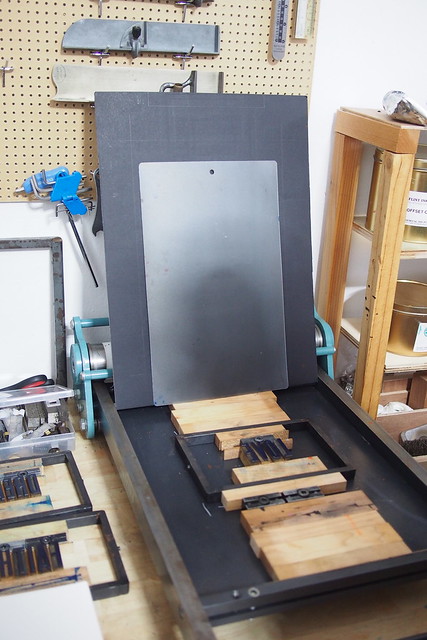 Yao Yu described this as his personal project, and also his only job. Glad that he didn’t just sit around and complain about lack of opportunity and lack of a scene in Singapore, but actively got himself trained, imported bits from all over the world, and is sustaining himself through the wedding industry. 🙂