Was waiting for someone to finish yoga class at Paragon Shopping Centre when I came upon The Chalk Farm cakery. 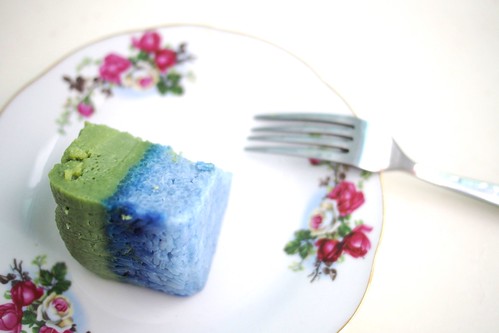 Kueh salat in cake form? I was a little leery of attempts to contextualise Western concepts of dessert, or alternatively, to modify local Singaporean/Malaysian dessert for Western taste.

But never say never. (This was the last third of the slice that people kindly left for me.) The green firm custard was fragrant with pandan (screwpine) leaf and not as horribly salty as commercially made kueh; the glutinous rice base, tinged with blue bunga telang (peashoot flower) dye, was just the right consistency. 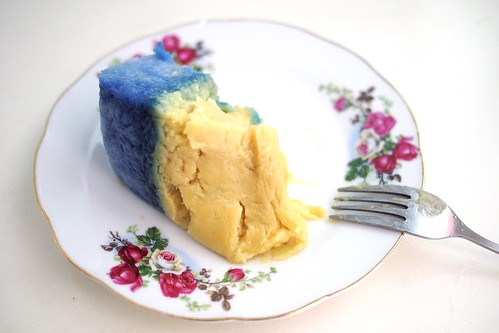 And the maoshanwang durian kueh salat too was a success. Here, the glutinous rice base was the perfect foil for the creamy, happily-pungent durian custard (that didn’t bite the tongue like the acidity regulators in usual mass-produced durian pulp).

Contextualisation: works when the original message is kept intact, even though the form has changed.

Just like the context (historical, social, political etc) of the erection of a building is key in understanding and appreciating a piece of architecture, so it is with reading philosophy. 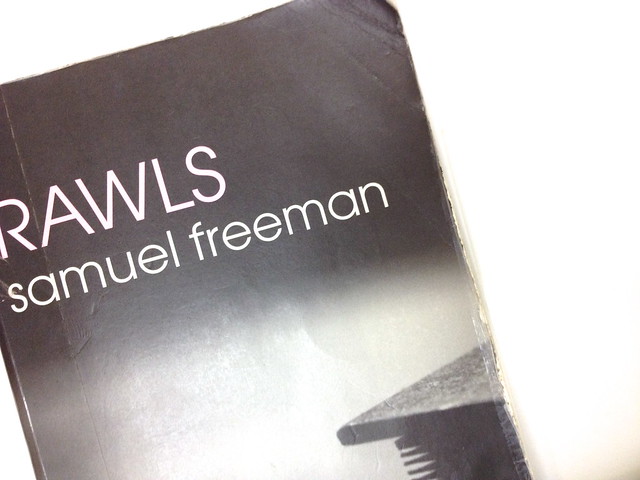 Reading Samuel Freeman’s (such a lovely family name!) Introduction to his book on Rawls, made one get rather fond of Rawls even before he began to speak:

Of his teaching Rawls said:

“[One] thing I tried to do was to present each writer’s thought in what I took to be its strongest form. I took to heart Mill’s remark in his review of [Adam] Sedgwick: “A doctrine is not judged at all until it is judged in its best form”…So I tried to do just that. yet I didn’t say, not intentionally anyway, what to my mind they should have said, but what they did say, supported by what I viewed as the most reasonable interpretation of their text. The text had to be known and respected, and the doctrine presented it in its best form. Leaving aside the text seemed offensive, a kind of pretending. If I departed from it – no harm in that – I had to say so. Lecturing that way, I believed that a writer’s views became stronger and more convincing, and would be for students a more worthy object of study.

Several maxims guided me in doing this. I always assumed, for example, that the writers we were studying were always much smarter than I was. If they were not, why was I wasting my time and the students’ time by studying them? If I saw a mistake in their arguments, I supposed they saw it too and must have dealt with it, but where? So I looked for their way out, not mine. Sometimes their way out was historical: in their day the question need not be raised; or wouldn’t arise or be fruitfully discussed. Or there was a part of the text I had overlooked, or hadn’t read.

We learn moral and political philosophy, and indeed any other part of philosophy by studying the exemplars – those noted figures who have made cherished attempts – and we try to learn from them, and if we are lucky, to find a way to go beyond them. My task was to explain Hobbes, Locke and Rousseau, or Hume, Leibniz and Kant as clearly and forcefully as I could, always attending carefully to what they actually said.

The result was that I was loath to raise objections to the exemplars – that’s too easy and misses what is essential – though it was important to point out objections that those coming later in the same tradition sought to correct, or to point to views those in another tradition thought were mistaken. (I think here of the social contract view and ultilitarianism as two traditions.) Otherwise philosophical thought can’t progress and it would be mysterious why later writers made the criticisms they did.” [from Rawls’ Lectures on the History of Political Philosophy]

In his lectures Rawls emphasized the importance of reading the preface to any philosophical work, to gain and understanding of a philosopher’s reasons for writing the book.

I think this demonstrates good faith in wanting to further the discussion for the general good of humanity, rather than trying to score political points or win the applause of the masses with some new! fresh! extreme! ideas or even to gain tenure. It is also a refreshing breath of humility.