“Uncle,” they call out by way of greeting as they approach his cubicle, in deference to his advanced age and also to his curmudgeonly exterior. They come for wisdom on a pressing issue, or a blessing to proceed on a particular document. And uncle dispenses all sagely (with a little scolding), staring over his reading glasses, before dismissing them brusquely.

No one on the Circle Line train he takes to and from work, every day from Monday to Friday, would have guessed that Uncle S, in his drab office attire and non-descript laptop bag, boasted a life populated with dead bodies in jungles, hangings, drug mules, child murderers, a bitter divorce, and a united nations cast of girlfriends. Lunchtimes can be quite a treat when he gets out one of his stories.

Because of all that he has seen, Uncle gets quite philosophical at times. Hearing of us chat about upcoming weddings, he would say dismissively,”If there is a buffet, why do you want to eat a la carte? If all you want is milk, why buy the whole cow?” etc.

Last Thursday, as we were about to head home, a gym-going colleague chided the rather rotund Uncle for having his paw in the office Toblerone stash again, to which he replied he had only one life to live so he was going to do as he pleased, which led to a discussion about reincarnation (he being Hindu-ish, and the other two colleagues being Buddhist) and the afterlife, into which I pitched (having finally finished writing an email) the Christian concept of salvation. 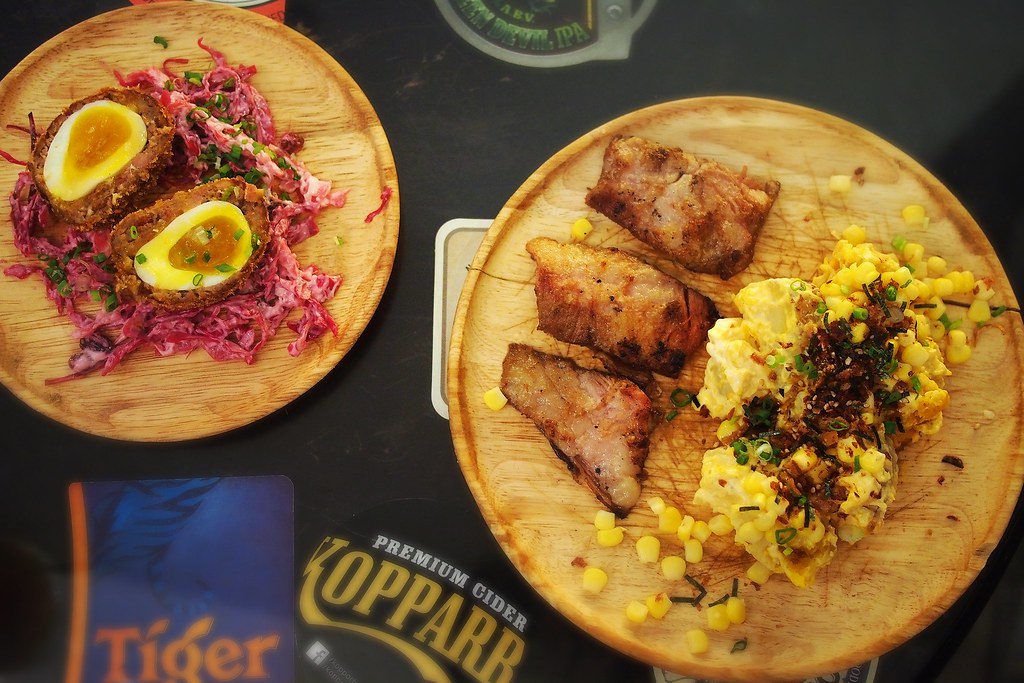 Dear Uncle S could not conceal that gleam in the eye that litigators get when they are about to launch an offence. It was an oldie from a cheeky ex-mission school boy: why go and tell people about the gospel? Without missionaries’ interference, the cannibals in the Amazon would have been judged by a lower standard than people who had been told about Jesus and then refused to believe.

My reply, as I was telling people over dinner at Alibabar the Hawker Bar (facebook, 125 East Coast Road, Singapore), was this:

18 For the wrath of God is revealed from heaven against all ungodliness and unrighteousness of men, who by their unrighteousness suppress the truth. 19 For what can be known about God is plain to them, because God has shown it to them. 20 For his invisible attributes, namely, his eternal power and divine nature, have been clearly perceived, ever since the creation of the world, in the things that have been made. So they are without excuse. (Romans 1:18-20)

21 For although they knew God, they did not honour him as God or give thanks to him, but they became futile in their thinking, and their foolish hearts were darkened. 22 Claiming to be wise, they became fools, 23 and exchanged the glory of the immortal God for images resembling mortal man and birds and animals and creeping things. (Romans 1:21-23) 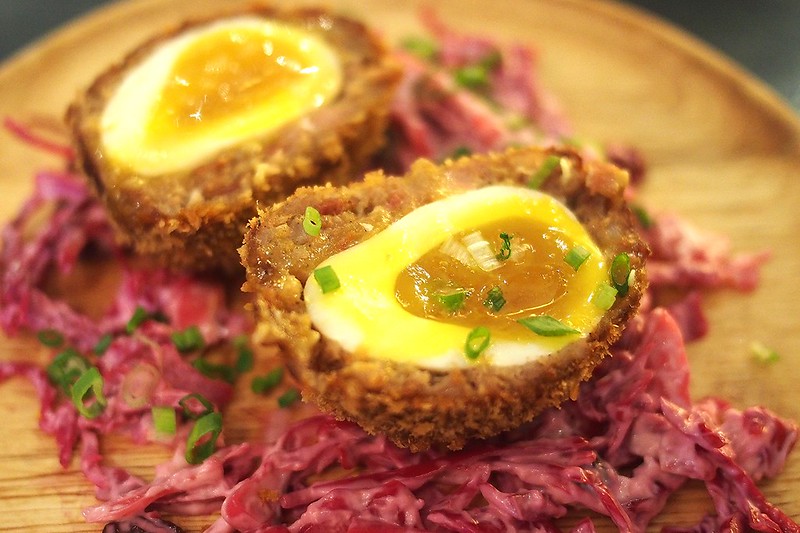 So what of the purportedly innocent Amazonian cannibals? They are a myth. There isn’t anyone who can be considered innocent. Can they be held accountable for eating the people they killed as a sign of respect? Yes. It is a sign of God’s judgement on them, as are all sorts of other commonplace horrors in our shiny cities:

24 Therefore God gave them up in the lusts of their hearts to impurity, to the dishonouring of their bodies among themselves, 25 because they exchanged the truth about God for a lie and worshipped and served the creature rather than the Creator, who is blessed for ever! Amen.

26 For this reason God gave them up to dishonourable passions. For their women exchanged natural relations for those that are contrary to nature; 27 and the men likewise gave up natural relations with women and were consumed with passion for one another, men committing shameless acts with men and receiving in themselves the due penalty for their error.

28 And since they did not see fit to acknowledge God, God gave them up to a debased mind to do what ought not to be done. 29 They were filled with all manner of unrighteousness, evil, covetousness, malice. They are full of envy, murder, strife, deceit, maliciousness. They are gossips, 30 slanderers, haters of God, insolent, haughty, boastful, inventors of evil, disobedient to parents, 31 foolish, faithless, heartless, ruthless. 32 Though they know God’s decree that those who practise such things deserve to die, they not only do them but give approval to those who practise them. (Romans 1:24-31)

This is why Christians are so desperate to tell people both the bad news and the good news – on one hand, that we are under God’s wrath, and on the other hand, there is salvation in believing that God’s Son, Jesus, died to pay for those sins, so we can now be back in right relationship with God.

…if you confess with your mouth that Jesus is Lord and believe in your heart that God raised him from the dead, you will be saved. 10 For with the heart one believes and is justified, and with the mouth one confesses and is saved. 11 For the Scripture says, “Everyone who believes in him will not be put to shame.” 12 For there is no distinction between Jew and Greek; for the same Lord is Lord of all, bestowing his riches on all who call on him. 13 For “everyone who calls on the name of the Lord will be saved.” 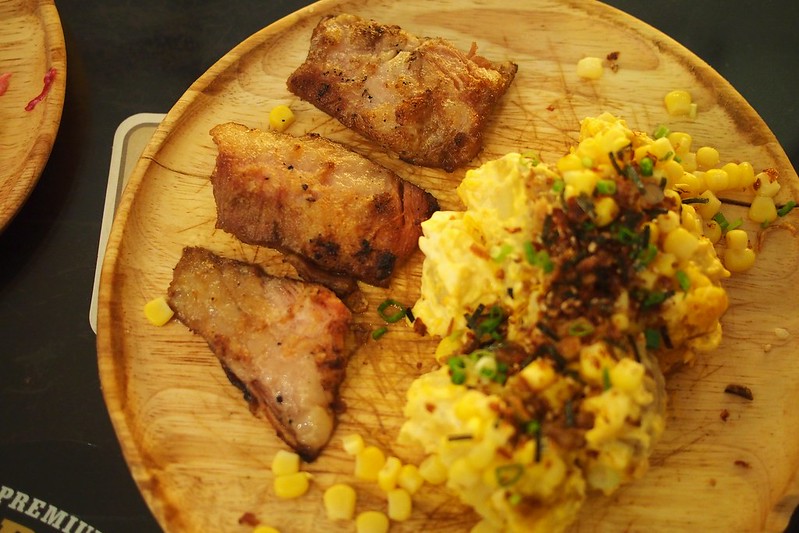 Now about dinner. The corner kopi tiam that is now Alibabar is well-known to be an incubator of food start-ups. Saveur (now the Saveur Group!) began here I recall. One of the more recent occupants is By The Fire (facebook), set up by Immanuel Tee (of Immanuel French Kitchen at Salute Coffeeshop) and Alexander Chong.

The scotch egg with runny yolks were very decently seasoned indeed as was the deeply-flavoured binchōtan-ed grilled pork jowls. Weighing in at S$6.90 (£3.45) and S$15.40 (£7.70) for these tiny non-gastropub portions though, made it all a little hard to swallow too quickly.

Still trying to get a handle on what even non-wage-earning Singapore students deem “reasonably priced” at hipster kopi tiams.