Two batches of Londoners descended in Singapore over the last month. It was so great to see them, but it made me incredibly homesick for Old Blighty.

Where to bring foreign visitors in Singapore? How to give them a sense of what Singapore is like outside of the constructed tourist attractions?

We started from the Central Business District – the shiny skyscrapers full of hardworking office bees that made Singapore a “financial hub”. 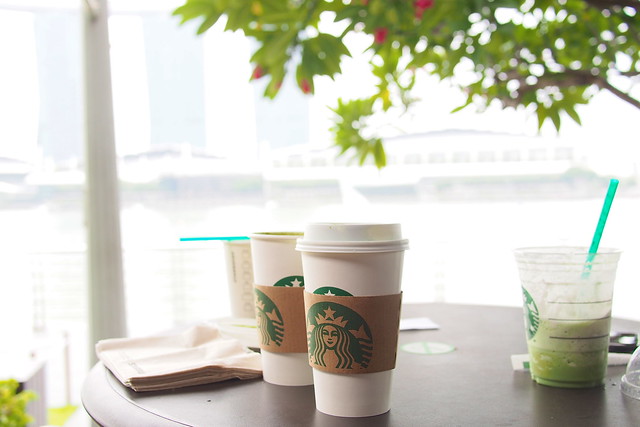 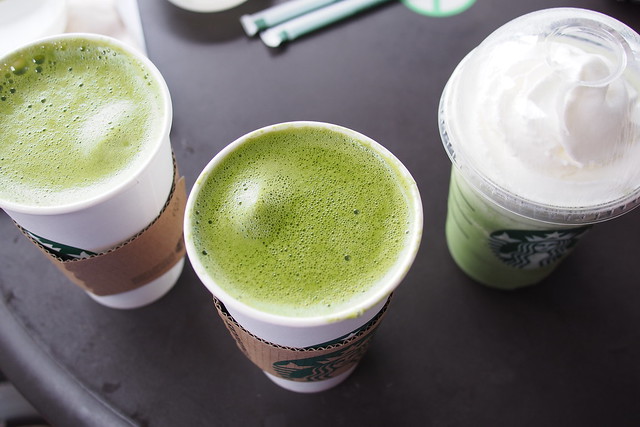 Then a visit to the amazing loos in Fullerton Bay Hotel or Fullerton Hotel to freshen up (a highlight of their trip said two of them), before sipping matcha lattes (“we don’t get this in London”) at Starbucks, One Fullerton, and catching up (and charging phones).

Then on to the necessary cheesy photos with the Merlion and the ArtScience Museum and Marina Bay Sands: 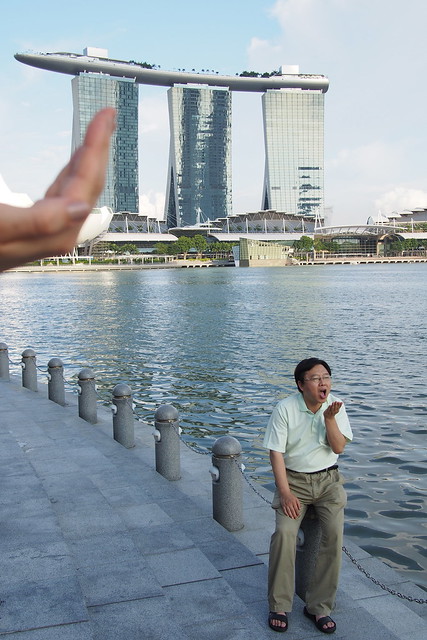 Singapore as Juxtaposition Between Old and New

After, a stroll contrasting the colonial buildings and new modernist ones, munching ice-cream sandwiches from the S$1.20 ice-cream uncle: the Victoria Concert Hall and Victoria Theatre, the Old Parliament House and current Parliament House, the Old Supreme Court and current UFO Supreme Court (a trip to the top allows a good view of the city – but no photography allowed in the building), a peek into the unopened National Gallery.

Singapore as Multi-Racial and Multi-Religious Society (and “Foodie Hub”)

Then a rest stop at St. Andrew’s Cathedral with the sun coming through its lovely stained glass, throwing colours all over the pews: 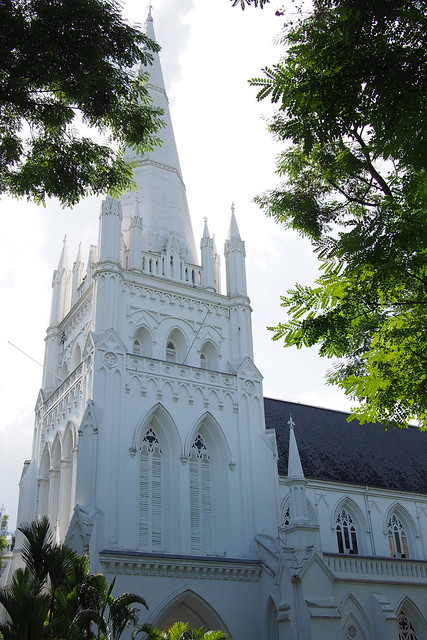 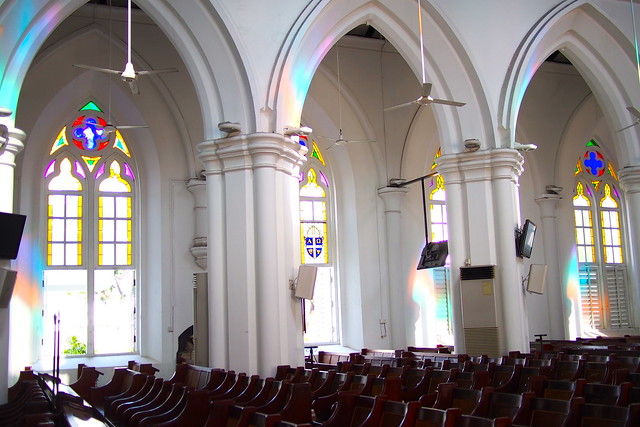 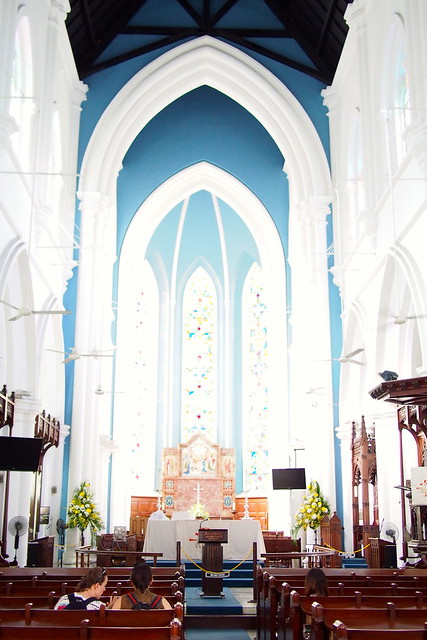 Then to Maxwell Market for delicious chicken rice and other “hawker delights” like char kway teow and chai tow koey, and refreshing ABC (apple, beetroot, carrot) and carrot-orange juices, before popping over to the Buddha Tooth Relic Temple: 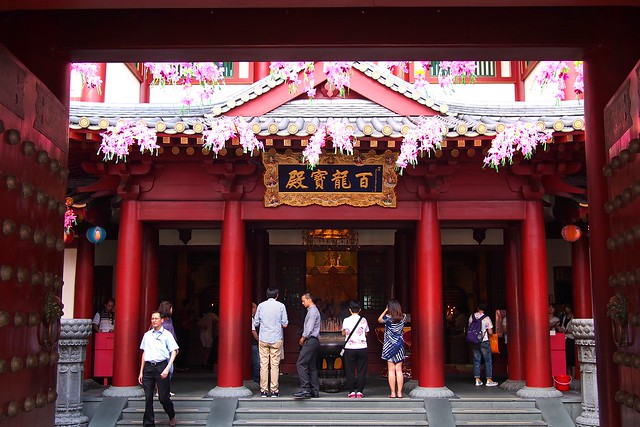 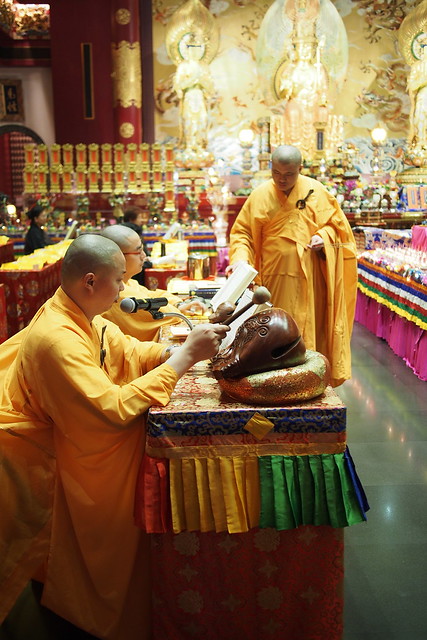 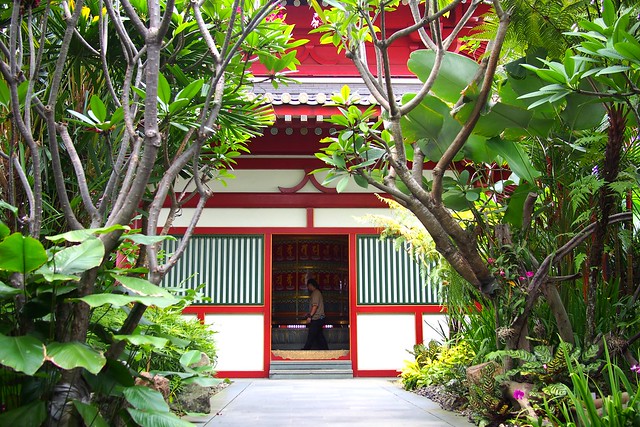 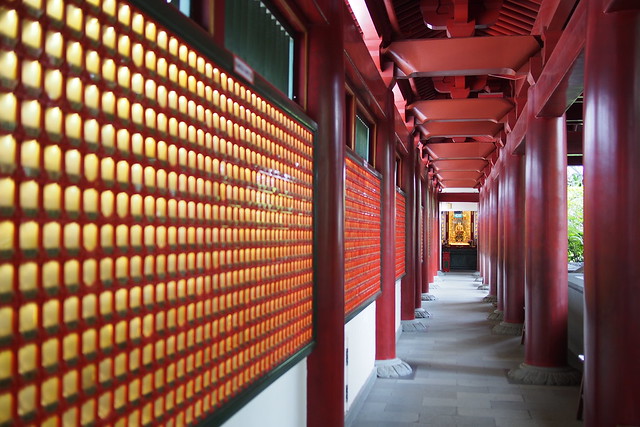 We’d wanted to check out Lepark at Pearl Bank Centre as an example of how old buildings were being repurposed by young indie folk. Alas, they were closed that day: 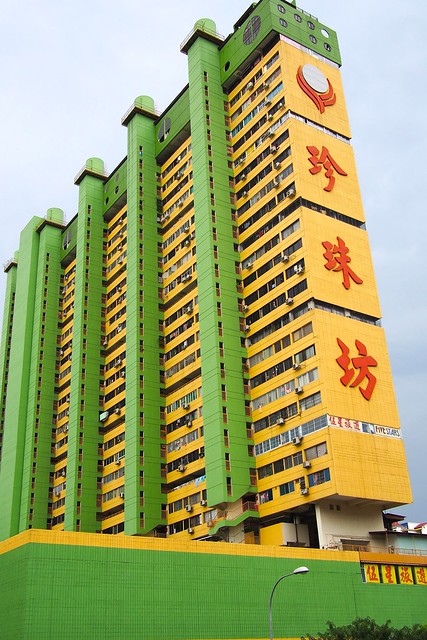 Ah, some nasi padang washed down with bandung and teh tarik and milo dinosaur at Kampong Glam, off Arab Street 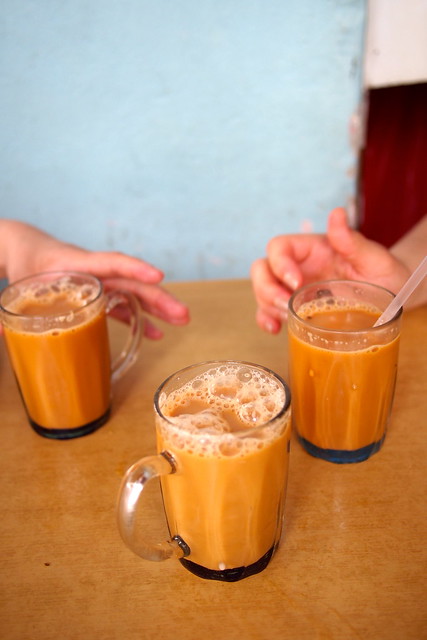 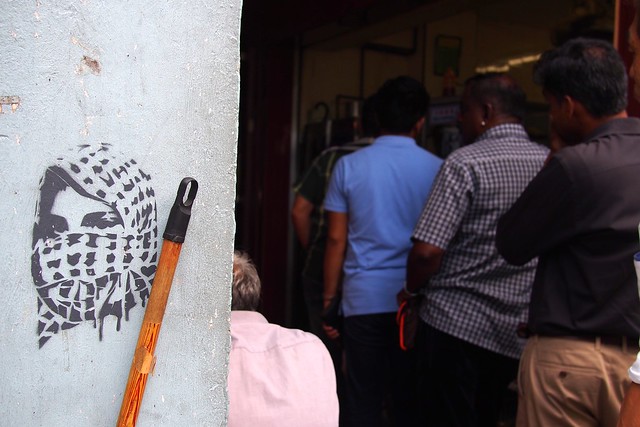 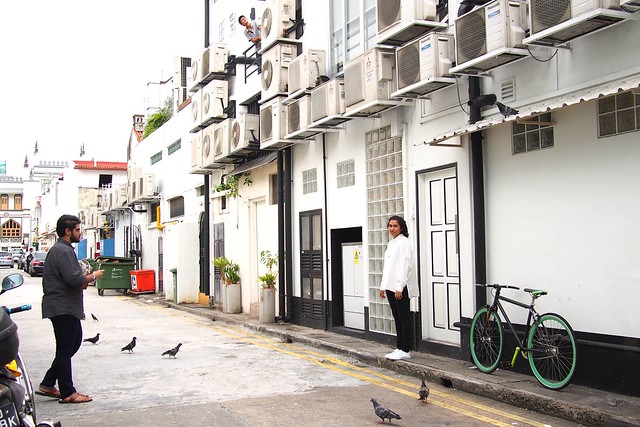 before being kitted out with appropriate wear for the Sultan Mosque: 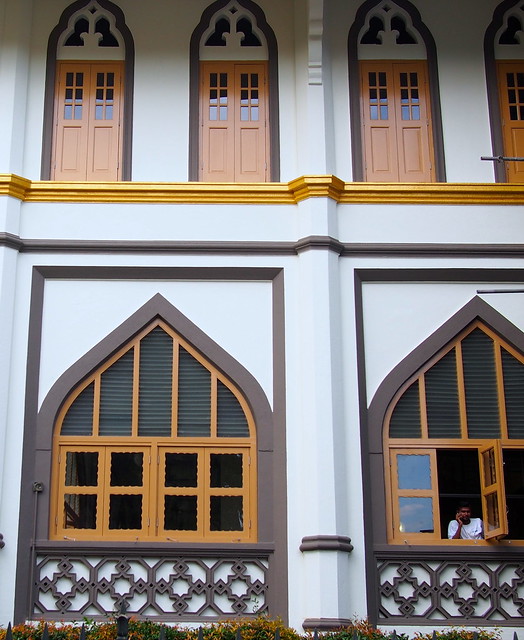 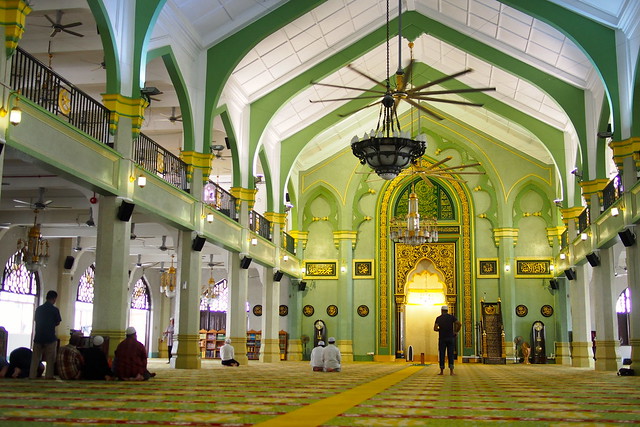 The visitors loved how friendly everyone in the temple and mosque was – how they didn’t have to worry about appropriate wear beforehand, and how willing to answer their endless questions. “Can we take photos here?” they’d nervously asked the docent at the mosque. “Only if you post on facebook!” came the cheeky answer.

A gander down self-consciously hipster Haji Lane, then we stopped off at Raffles Hotel for another freshening up (without a Singapore Sling in the Long Bar this time): 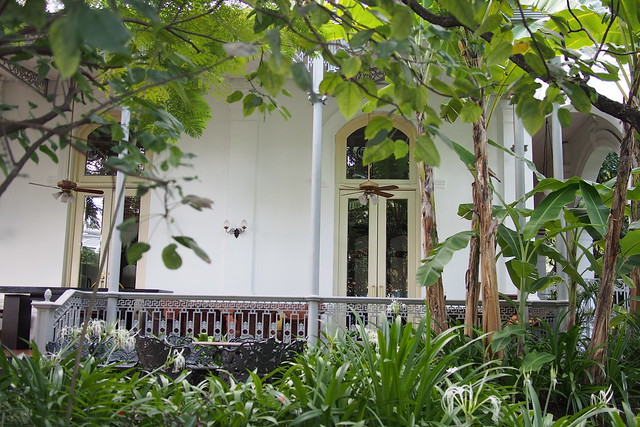 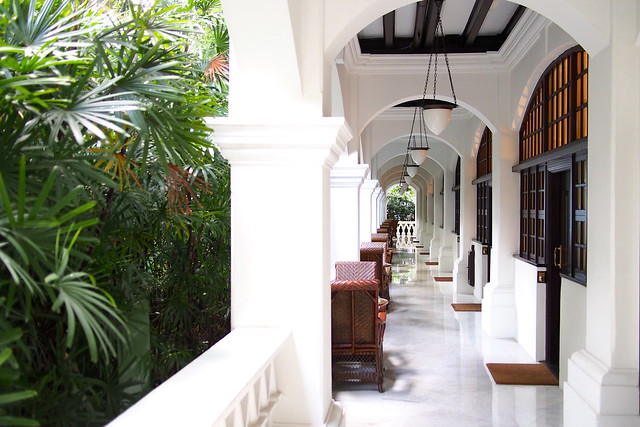 Before heading to Ku De Ta atop Marina Bay Sands to watch the sun set and the lights about town come on: 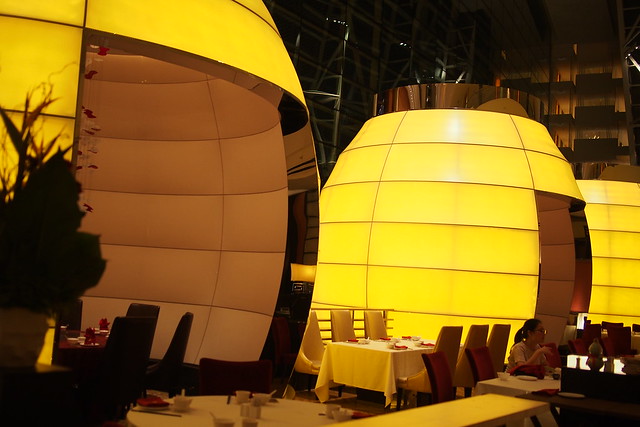 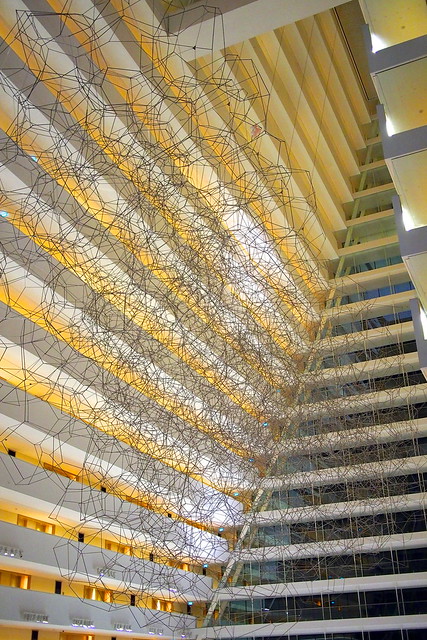 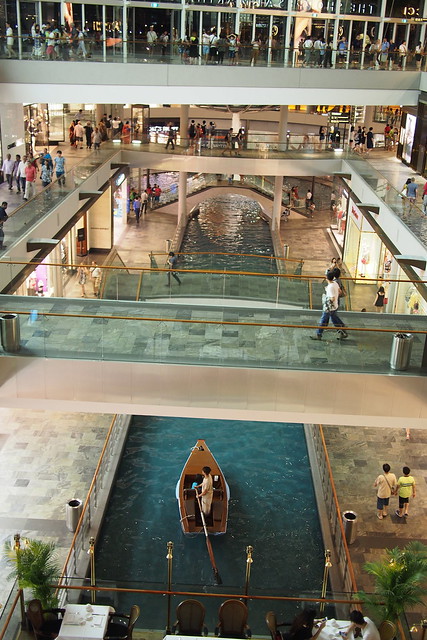 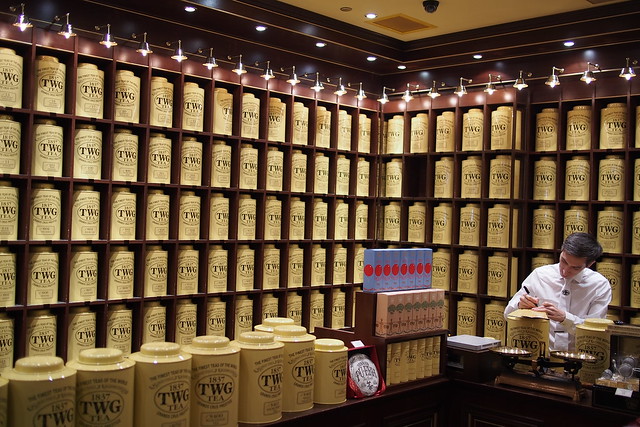 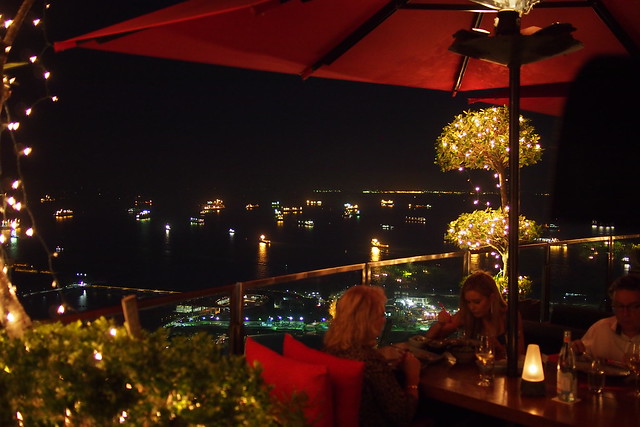 Across the bay for some satay and tourist touting on the street next to Lau Pat Sat: 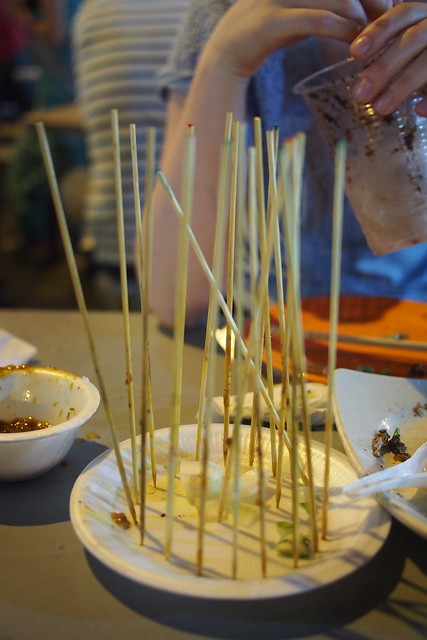 Thence to Little India (a little too late for the Hindu temples, sadly), for gawking in amazement at the flower garland makers, some (erm, North) Indian on banana leaves: 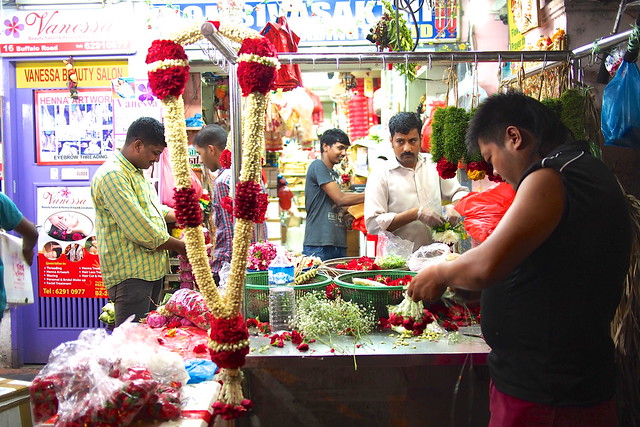 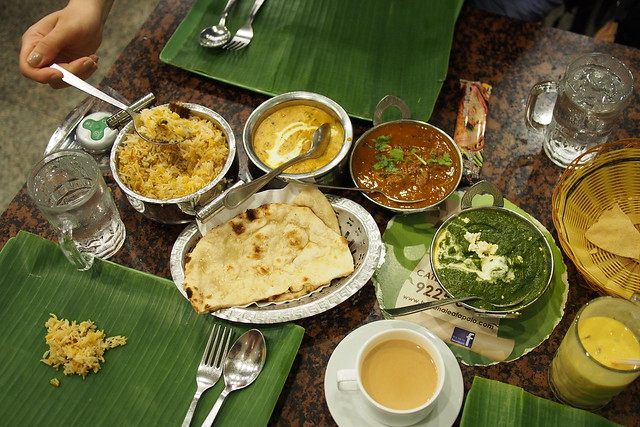 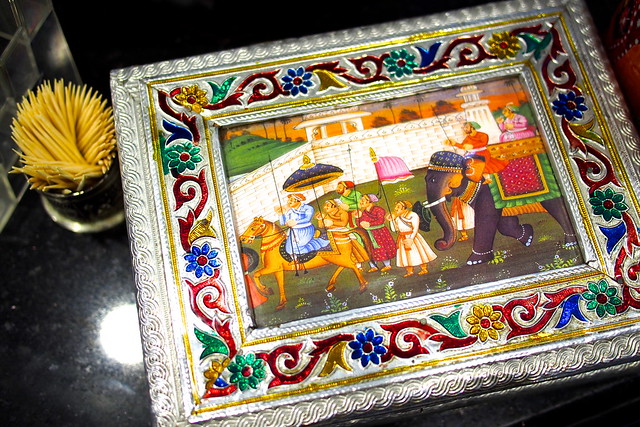 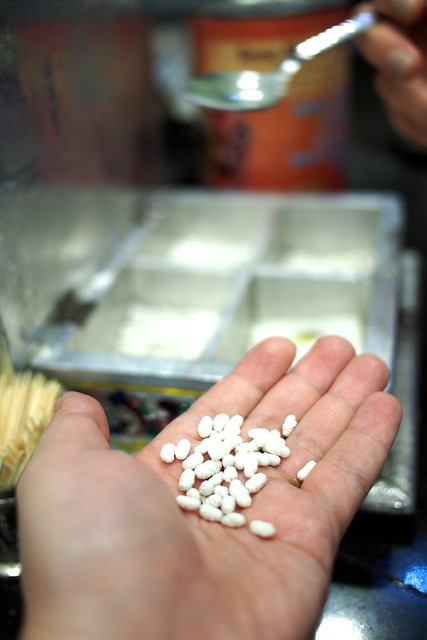 A spin around the amazing Mustafa which had almost everything anyone was looking for, then to Geylang for pek at the red-light district and a dessert of the king of fruits – durian! and its friend the jackfruit: 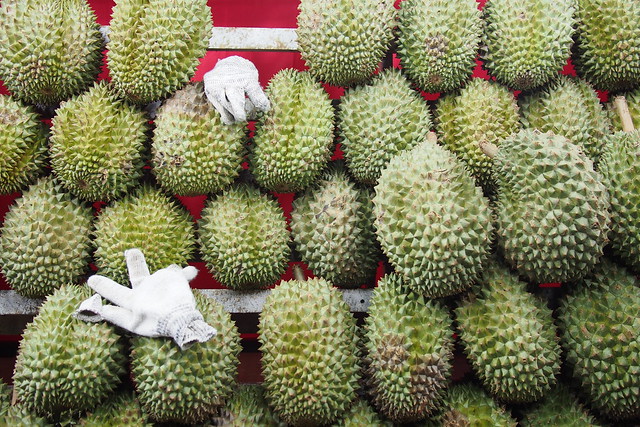 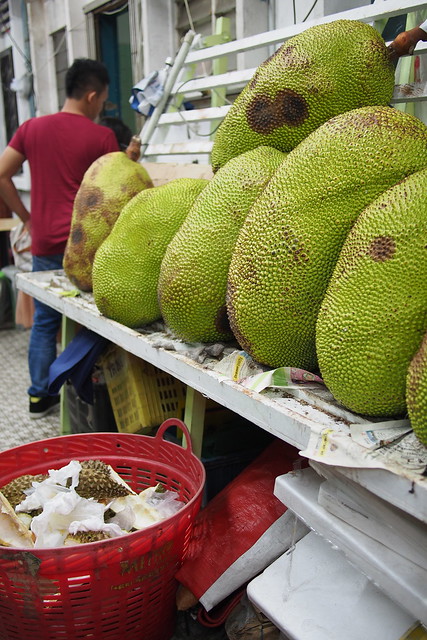