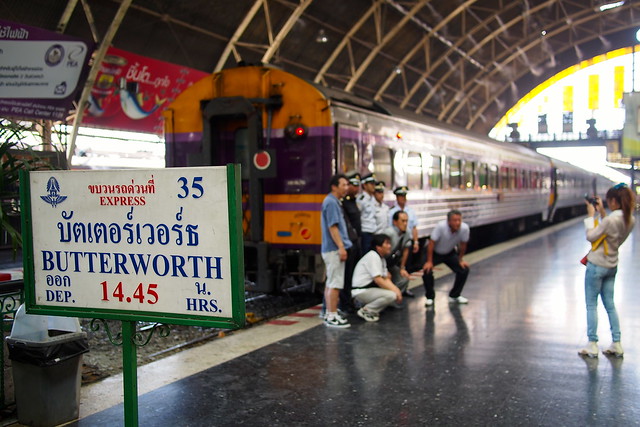 No more seats left on the Bangkok – Butterworth train, said the man at the ticket counter at Bangkok’s Hualamphong Railway Station.
What about tomorrow?
Not for tomorrow, or the day after, or the rest of the week, or the next week, said he matter-of-factly.

It looked as if I wouldn’t make it back to Singapore in time to meet a friend before he flew back to London. AirAsia wasn’t an option since my passport had less than 6 months’ validity.

I checked out of Lub D hostel anyway (tip: Siam Square one is more accessible than its Silom sister) and returned to the station with my pack, planning to get any train anywhere. On a hunch, asked a different counter if there was a ticket to Butterworth.
Oh yes, do you want it for today? Which seat do you want?
I threw my baht down and did not ask why. 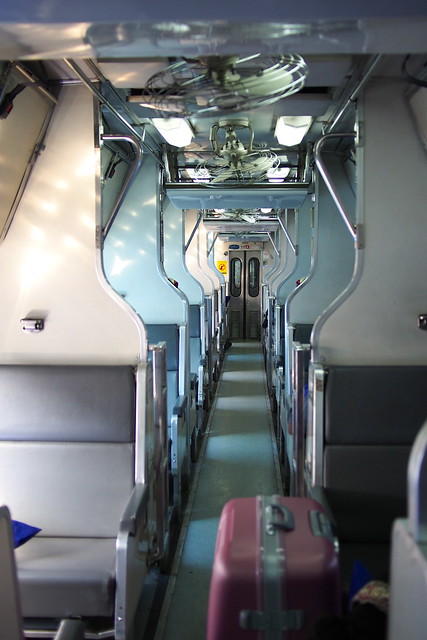 Grabbed some Thai snacks from a provision shop in the station. Just after the train chugged out the station, a lady came around with menus – there wasn’t a restaurant car we could go to but she said she would bring the food to our seats. The English menu was shorter than the Thai one and there was a slight difference in price. And unlike the culinary desert of the Trans-mongolian train journey, there was also the option of getting something from the itinerant vendors who seemed at liberty to ply their wares, hopping on at one station and off at the next: 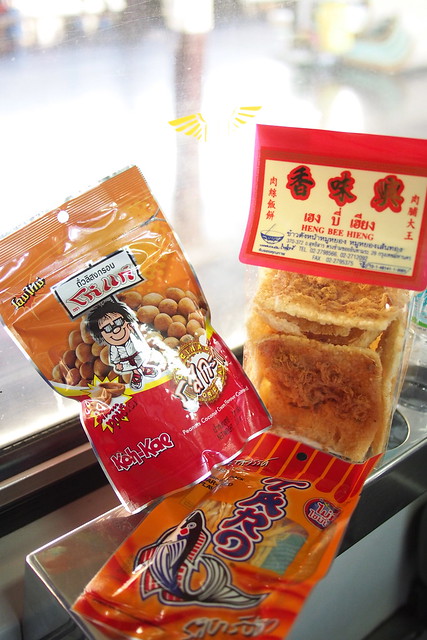 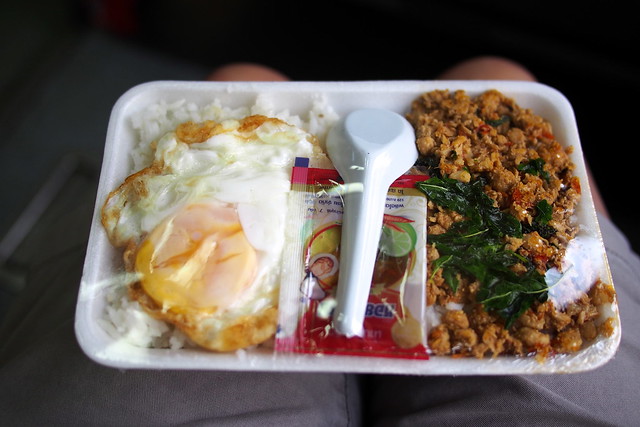 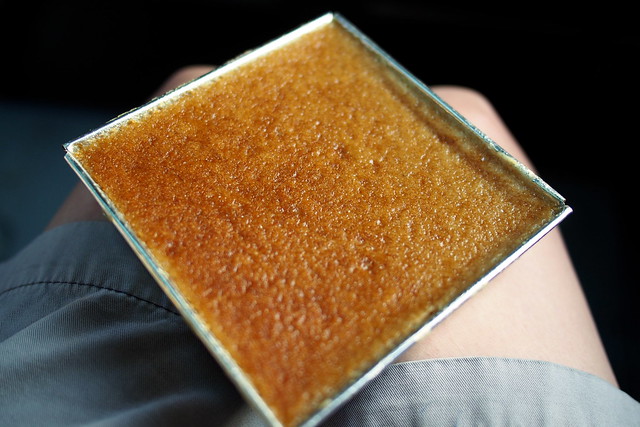 After a magnificent sunset that looked like paints of red and orange and yellow and purple splashed across the evening sky, the train attendant came around to convert the seats into sleeping berths, complete with pillow, bedclothes, and curtains for privacy and to block out the light: 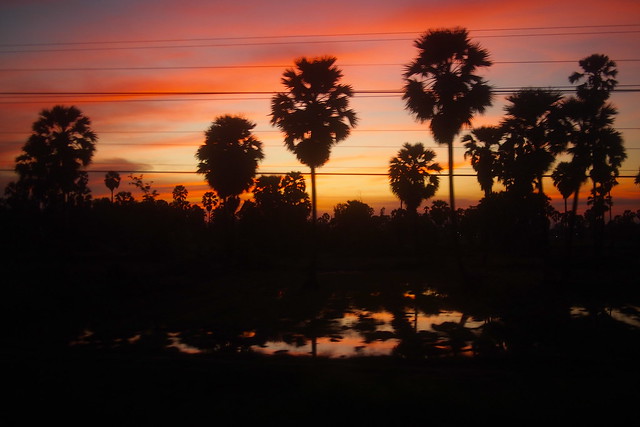 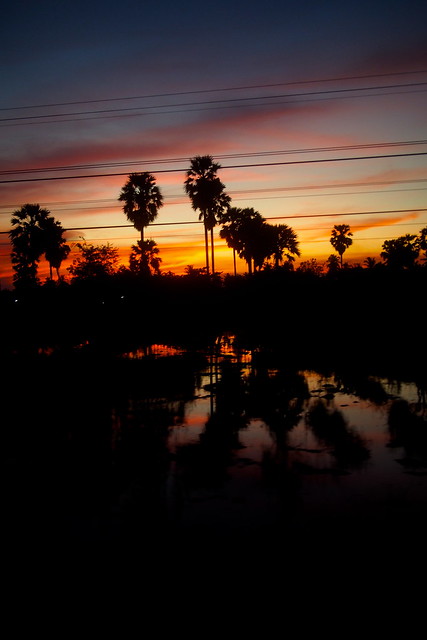 The carriage was pleasantly clean and would have been perfect, had a screeching toddler not kept the whole carriage up all night.

The second most common question asked about this trip was:”Aren’t you afraid of being bored along the way?”

But exactly is this “boredom” of which they speak? And why is this boredom so dangerous or nasty that it is assumed that any sensible person would avoid it at all costs? 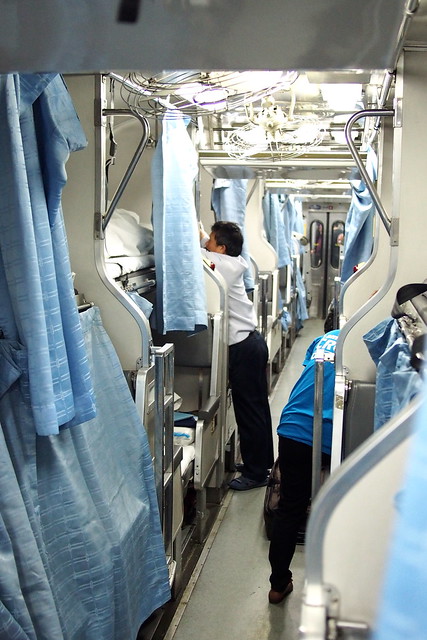 Martin Heidegger considered this existential fear of boredom and consequent craving for novelty and stimulation, a sickness of the modern age. Joseph Brodsky agreed:

Basically, there is nothing wrong with turning life into the constant quest for alternatives, into leapfrogging jobs, spouses, and surroundings, provided that you can afford the alimony and jumbled memories. this predicament, after all, has been sufficiently glamorised onscreen and in Romantic poetry. The rub, however, is that before long this quest turns into a full-time occupation, with your need for an alternative coming to match a drug addict’s daily fix.

By rejecting God, humans found their lives to be merely fleeting moments in infinite time, and completely meaningless, and if there is no meaning, then nothing is worth doing. And a life of boredom is all there is.

A major cause of this boredom, says Andrew Potter in his chapter The Authenticity Hoax: The End of History, is that elucidated in Francis Fukuyama’s essay, The End of History?: the universal, homogeneous state of human civilization sharing liberal democratic ideologies and free-market driven consumer cultures:

The end of history will be a very sad time. The struggle for recognition, the willingness to risk one’s life for a purely abstract goal, the worldwide ideological struggle that called forth daring, courage, imagination, and idealism, will be replaced by economic calculation, the endless solving of technical problems, environmental concerns, and the satisfaction of sophisticated consumer demands. In the post-historical period there will be neither art nor philosophy, just the perpetual caretaking of the museum of human history. I can feel in myself, and see in others around me, a powerful nostalgia for the time when history existed. Such nostalgia, in fact, will continue to fuel competition and conflict even in the post-historical world for some time to come. Even though I recognise its inevitability, I have the most ambivalent feelings for the civilisation that has been created in Europe since 1945, with its north Atlantic and Asian offshoots. Perhaps this very prospect of centuries of boredom at the end of history will serve to get history started once again.

And by getting “history started once again”, he meant a return to (i) totalitarianism in the form of communism or fascism, or (ii) the ethnic nationalism that liberal cosmopolitans imagine has been lost. 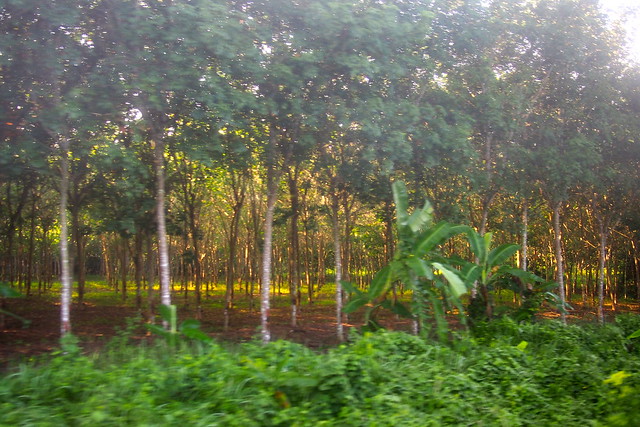 Potter sees signs of the first already in the rise of totalitarian theme parks in former Soviet states and the shocking nostalgia for the past – the mass murders and torture and unjust imprisonments and repression of communism and fascism are ignored and replaced with a sepia-toned time when things were more real, more authentic.

And the second has been seen all over the world as countries close their borders to immigrants and nativism is on the rise, and anti-immigration policies are regularly laid-out as voter bait. Radical Islam and Islamic fundamentalism as espoused by groups like the al-Qaeda (and I guess now the ISIS), says Potter, is essentially an authenticity movement devoted to the rejection of American consumer capitalism. In what Benjamin Barber terms “jihad vs. McWorld“, “religious and nationalist identity-movements [rebel] against cosmopolitanism, mass media, and consumerism”.”In the mind of Osama bin Laden, Qutb’s rejection of Western rationalism became a hypertrophied revulsion for “America”, which was jihadi shorthand for every aspect of the modern world, from politics (individualism, democracy, secularism) to business (globalisation, trade, commerce) to pleasure (consumerism, alcohol, sex).” 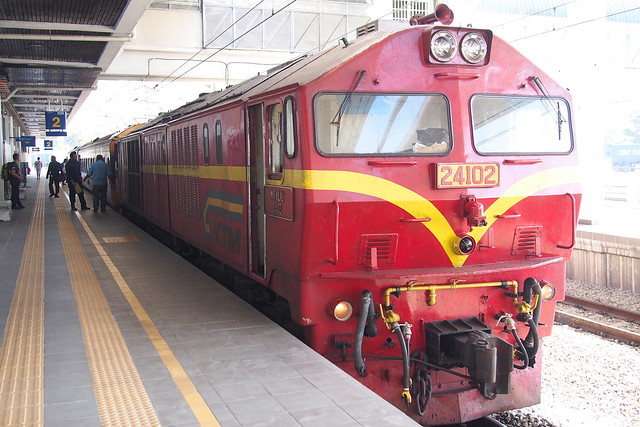 But while little distinguishes several Western authenticity movements from Islamic fundamentalists in their diagnosis of the problem with the world, their solutions are quite different. The latter petition, rally people to their causes, harass, or just go off-grid; the former want to takeover the world and return us to cavemen – because, Potter says, “the creation and sustenance of an authentic Muslim community…requires a great deal of conformity of thought, of worship, of dress, and of habit” and so is impossible to “settle into peaceful co-existence with modernity”. 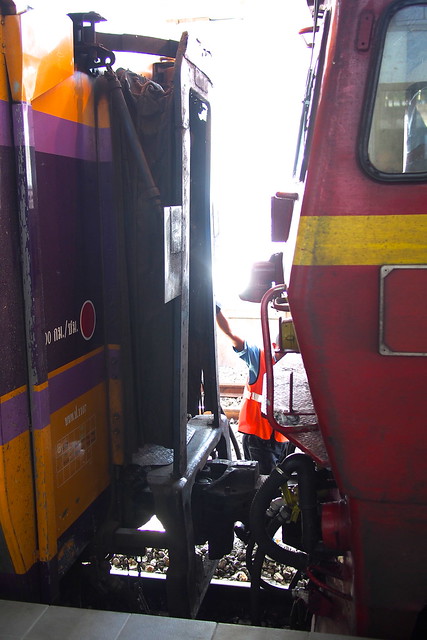 Potter’s conclusion, then, is that first we need to recognise that “the confused and self-defeating search for something called authenticity, is itself nothing more than a hoax”.

In The Authenticity Hoax: Progress, The Very Idea, Potter suggests: 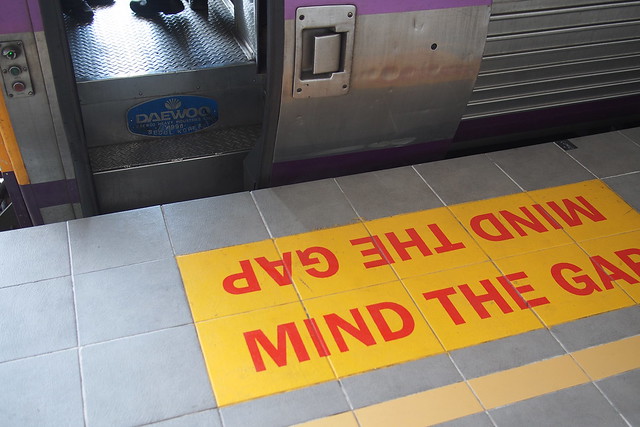 I’m afraid I would have to disagree with Potter’s suggestions. He has mistakenly thrown the baby out with the bathwater by: