I am a stress baker – I bake mostly when there is too much going on and I need time to think; when it feels like I’m just barely plugging in the cracks in the pie. 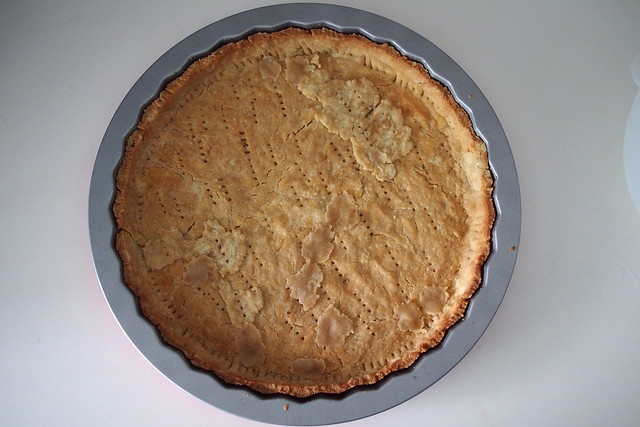 Here’s what’s on the plate at the mo, on top of a full-time “secular” job 5 days a week: 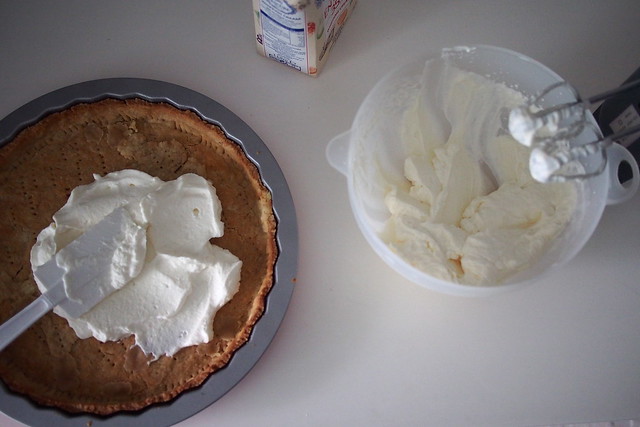 As always, there is that tension between:

(i) the awareness of what a formidable responsibility it is to be saying “thus says the Lord” and so wanting to be absolutely sure that what I’m teaching is what God is saying in his word, the Bible; and

(ii) acknowledging the I am a sinful human with a mind that has yet to be completely renewed, and so can never attain perfect knowledge of what God is saying (though, we can expect to get quite close – after all, the purpose of the Bible is that it is to be heard/read, understood, and responded rightly to); and 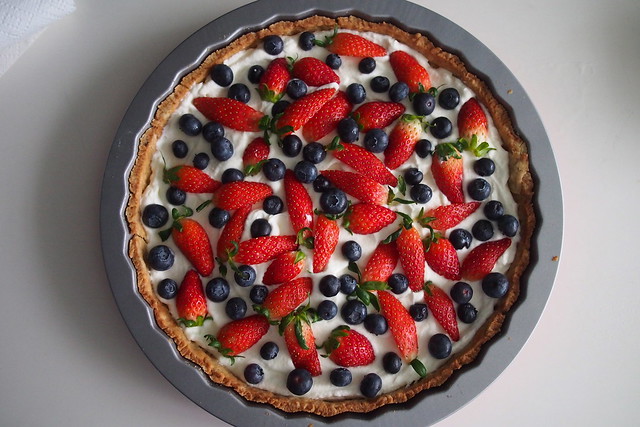 (iii) relying on the fact that God knows who are his, that all believers are already (in one sense) united with his Son, and that it is the Spirit who, in changing our minds and hearts as the word is taught, conforms us to the likeness of God’s son and helps us to persevere.

In a move inspired by financial repackagings, experimented with more leftover-stuff-in-cookies. Following the popularity of the bak kwa cookies, this installment we have: laksa cookies – lemak spicy savoury shortbread. 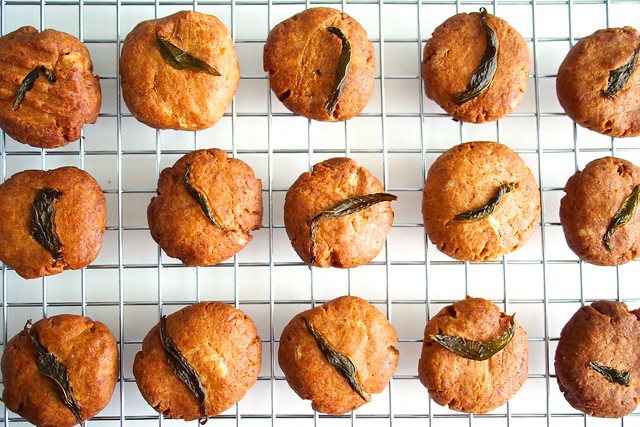 Brought them with me to the evening’s Bible study on John 7, where, ugly as they were, the cookies were given the thumbs up.

John 7 stands as testament against anyone who says, “If only God revealed himself to me clearly, I would believe in him.” If anything is clear, it is that when God reveals himself clear, the best and most learned of us reject him even more violently.

It’s significant that John 7 takes place during the Feast of Booths or Feast of the Tabernacles. This festival was instituted even before Israel got into the Promised Land! It was another of those amazing signs that the eventuality of their entry was so certain, because God had promised it, that all that remained was to be instructed what to do in it, and what festivals to celebrate.

At the Festival of Booths, they were to bring in the bountiful produce of the land (another wonderful assumption) and camp out, to remind themselves that they were dependent on God for rescue and salvation (Leviticus 23:42b-43, Deuteronomy 16:13-15). And for any Jew, the words “bread” (or manna) and “water” conjure up memories of how God provided for them in the wilderness after they were rescued from Egypt (see Exodus). This led to a Pharasaic (as opposed to Sadducee) tradition of water libation each morning of the Feast, with water drawn from the Pool of Siloam. One rabbinic authority based this on the promise of Isaiah 12:3:

With joy you will draw water from the wells of salvation. (Isaiah 12:3)

And Zechariah, also inspired by God, prophesised that there would come a day, the eschatological end-time, when all the nations (not just Israel) would keep the Feast of Booths (Zechariah 14). This assumes a second rescue, another exodus, and this time, for all the peoples of the world.

So by the time of Jesus, when the Jews celebrated the Feast of the Booths, it wasn’t just commemorating a past rescue (the Exodus from Egypt), but looking forward to a future salvation, aided by the Spirit. 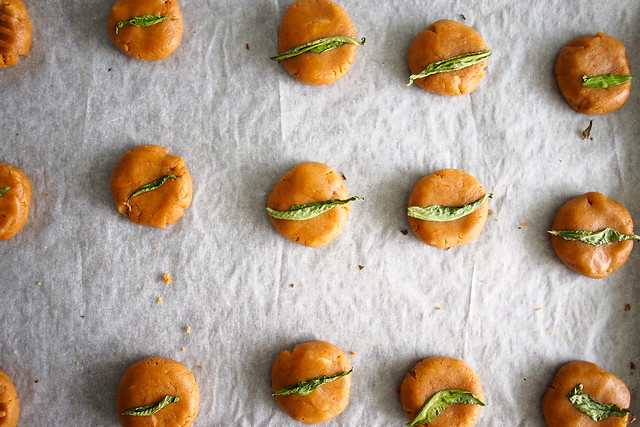 Can you imagine the great claim that Jesus was making then, when, perhaps in the middle of the water-drawing ceremony,

37 On the last day of the feast, the great day, Jesus stood up and cried out, “If anyone thirsts, let him come to me and drink. 38 Whoever believes in me, as the Scripture has said, ‘Out of his heart will flow rivers of living water.’” 39 Now this he said about the Spirit, whom those who believed in him were to receive, for as yet the Spirit had not been given, because Jesus was not yet glorified. (John 7:37-38)

Now at the point, the Pharisees and the crowd had three choices: Jesus was either (i) a liar, (ii) a lunatic, or (iii) holy guacamole! Lord!

It would have been a fair fight between the choices if not for all the miracles (signs) he had already performed – turning water to wine, remote healing the official’s son, healing a long-term crippled man, feeding 5000, walking on water in a storm (see John 2-6). So much so that people believed him saying that the Christ would not have done more signs than Jesus (John 7:31).

They marvelled too at his authoritative teaching even though he never studied (John 7:15) and the officers sent to arrest him returned empty-handed because “No one ever spoke like this man!” (John 7:48). This wasn’t the gift of the gab, this was authoritative revelation from the one who sent Jesus – God himself (John 7:16-18)

Well, we don’t really need Dr. Who to give us a ride to the first century to see Jesus in the flesh. The evidence is recorded in the Gospels, and witnessing all Jesus’ works and signs in person did the Pharisees (minus Nicodemus) no good.

Saddled with several bags of Chinese New Year 肉干 bak kwa, I thought of possibly making bak kwa ice-cream at last, having talked about it repeatedly to patient friends for the last half decade. Then, like a strange re-interpreted re-enactment of the fable of the Stone Soup, there came a bag of flour and a bag of instant oats and half a tray of eggs, so bak kwa biscuits (or candied bacon cookies in Americanese) it would be.

Had a look at several bak kwa cookie recipes online. The ones here and here looked delightful, but I was thinking of something not quite so melty-in-the-mouth, something crispy outside and chewy inside, something very Anzac bikkie-ish. 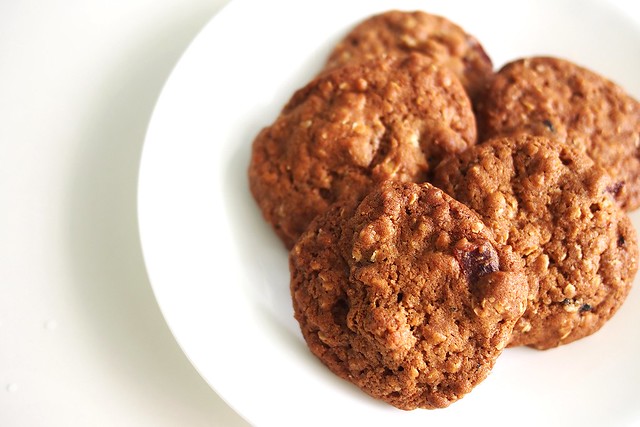 So here’s an attempt – the sugar and salt were included to emphasise the sweet-savory-ness of the bak kwa. Not too bad, imho! 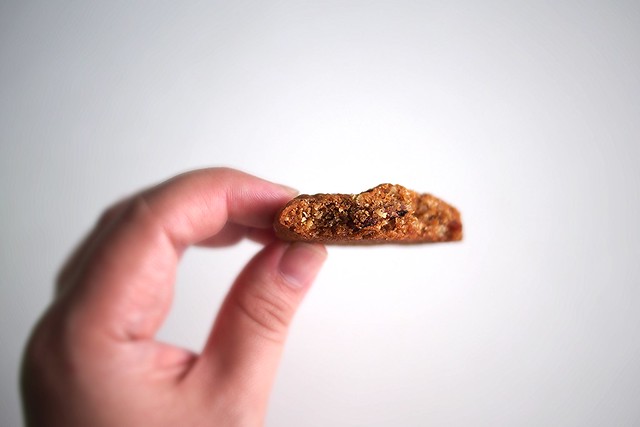 Every year when bak kwa appears in homes everywhere during the Lunar New Year, I think of a classmate of mine who had been sad not to be able to eat pork. We, of course, were careful not to put temptation in his way either. One day, I asked why pig meat was considered unclean. Because, he said somewhat bitterly, Jesus had driven demons into pigs.

Reading through the Gospel of Mark today accompanied by Andrew Sach & Tim Hiorns’ excellent Dig Deeper into the Gospels, I wished we were still in touch. Mark 5:1-20 records the event my classmate probably had in mind:

5 They came to the other side of the sea, to the country of the Gerasenes. 2 And when Jesus had stepped out of the boat, immediately there met him out of the tombs a man with an unclean spirit. 3 He lived among the tombs. And no one could bind him any more, not even with a chain, 4 for he had often been bound with shackles and chains, but he wrenched the chains apart, and he broke the shackles in pieces. No one had the strength to subdue him. 5 Night and day among the tombs and on the mountains he was always crying out and cutting himself with stones. 6 And when he saw Jesus from afar, he ran and fell down before him. 7 And crying out with a loud voice, he said, “What have you to do with me, Jesus, Son of the Most High God? I adjure you by God, do not torment me.” 8 For he was saying to him, “Come out of the man, you unclean spirit!” 9 And Jesus asked him, “What is your name?” He replied, “My name is Legion, for we are many.” 10 And he begged him earnestly not to send them out of the country. 11 Now a great herd of pigs was feeding there on the hillside, 12 and they begged him, saying, “Send us to the pigs; let us enter them.” 13 So he gave them permission. And the unclean spirits came out, and entered the pigs, and the herd, numbering about two thousand, rushed down the steep bank into the sea and were drowned in the sea.

14 The herdsmen fled and told it in the city and in the country. And people came to see what it was that had happened. 15 And they came to Jesus and saw the demon-possessed man, the one who had had the legion, sitting there, clothed and in his right mind, and they were afraid. 16 And those who had seen it described to them what had happened to the demon-possessed man and to the pigs. 17 And they began to beg Jesus to depart from their region. 18 As he was getting into the boat, the man who had been possessed with demons begged him that he might be with him. 19 And he did not permit him but said to him, “Go home to your friends and tell them how much the Lord has done for you, and how he has had mercy on you.” 20 And he went away and began to proclaim in the Decapolis how much Jesus had done for him, and everyone marvelled.

I suppose one solution to my friend’s unhappiness would have been for him to realise that since the pigs drowned, they had no opportunity to pass on their demons to future generations of piggies (assuming that demons worked genetically or by vector). 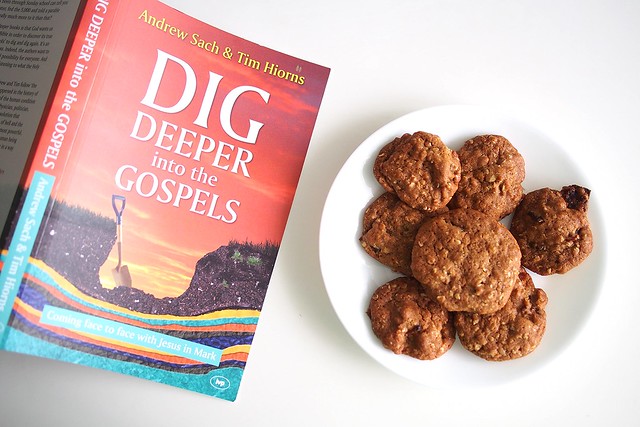 But the better solution would be to find out why Mark wrote this in the first place. It wasn’t the back story to pigs being stinky things to be avoided at all costs. The focus wasn’t on Porky but on Jesus.

It was, in the context of the whole Gospel of Mark and in light of the preceding and succeeding accounts of Jesus calming the storm and healing the bleedin’ woman and Jairus’ daughter, about Jesus’ incredible frightening power. This passage is thick with fear, not just from the begging demons but also from the begging humans who witnessed his power.

So it’s not “oh, how nice, I’ll put him in my address book just in case I need a good exorcist next time”. Nor is it so much “Jesus is powerful to save, so don’t be afraid but trust him.” It’s “OMG, Jesus is bigger and badder (well, the street-speak meaning of “powerful-scary” at least) than anything you are afraid of. Both trust and fear him instead!” 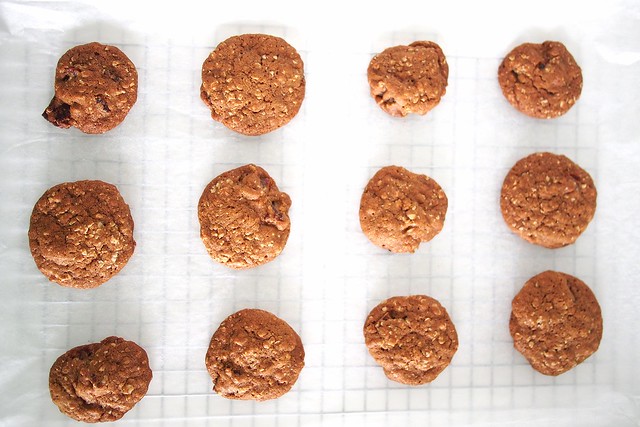 PS. apparently Plain Vanilla Bakery (34A Lorong Mambong, Singapore, facebook) sells bak kwa cookies, but i’d have to wait till next year to grab some.