When people express surprise that I play Pokemon Go, I explain that the game itself causes no detriment, either to myself or others. Like anything else, one has to decide the value of a certain thing and therefore the amount of time and energy one should spend on such an activity.

Because my day and evening jobs require me to sit in one place with my nose in thick books, Pokemon Go has been a great way to get fresh air, rest a tired brain, and get an opportunity to chat with complete strangers.

One of the main topics of conversation has been the known locations of nests or spawn sites for certain Pokemon. Niantic keeps the game fresh is by changing these often, allegedly once every month (or less than a week in recent times!, the latest being the migration on 6 October 2016).

In September, Pearl’s Hill City Park was an Abra nest. While looking for enough Abra for an Alakazam evolution, I met two friendly office workers who’d just finished meetings nearby and doing some farming as well. 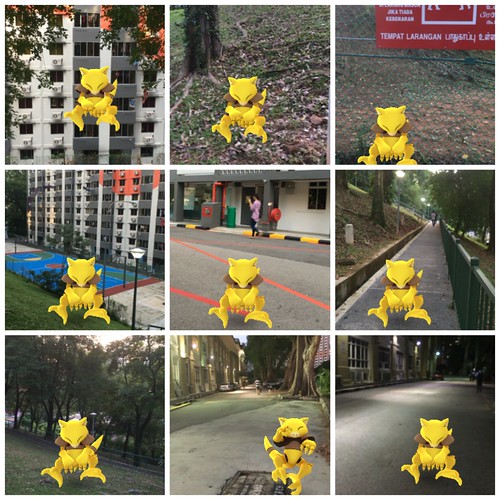 Tiong Bahru Park was a Vulpix nest then. Met a few schoolkids who were hanging out at the playground after school. We had fun pointlessly wresting the Gym from each other. 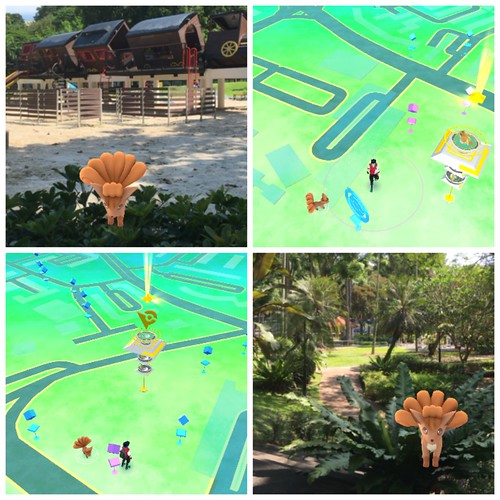 The Singapore Pokemon Trainer community has been exceedingly friendly and eager to help, opening and generously sharing the latest information. A week ago, the Charmander farmers at Ang Mo Kio Town Garden East spoke of another spawn location: Changi Village. And the haul was indeed excellent. 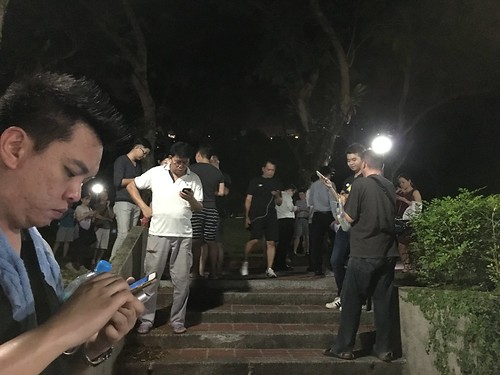 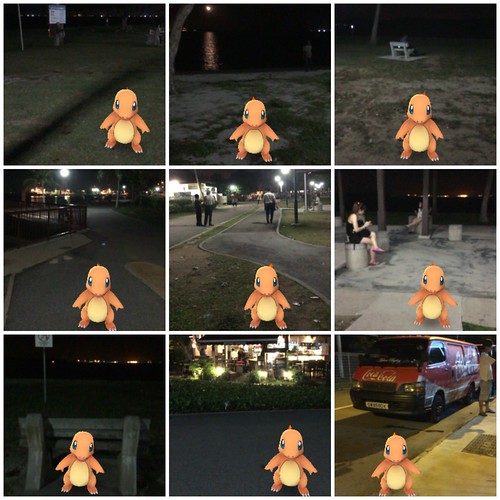 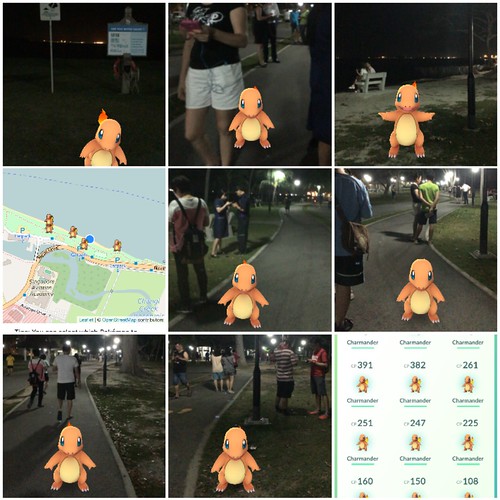 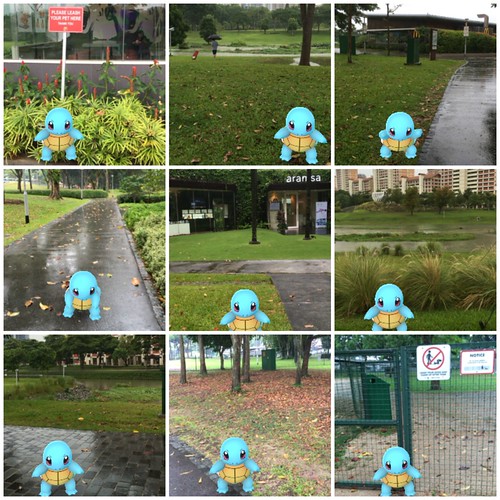 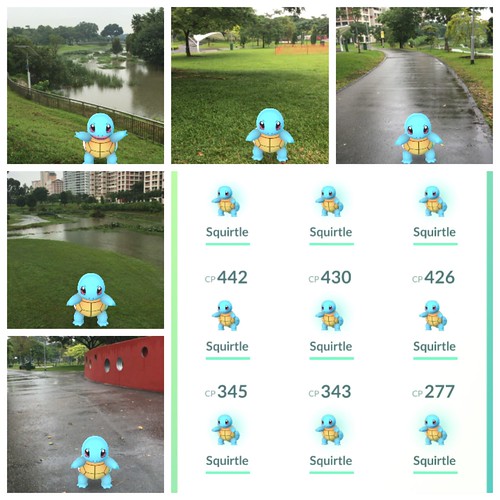 and the Omanytes, Bedok Reservoir Park: 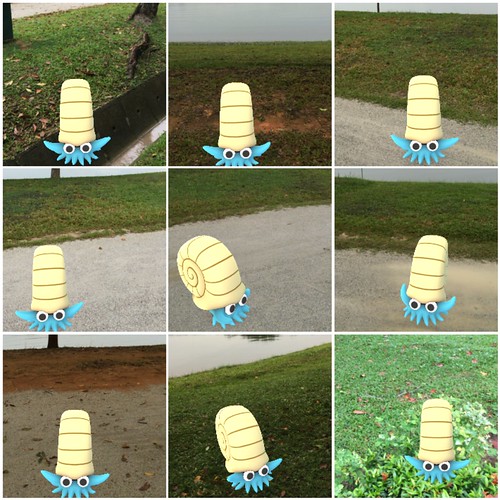 and the Cubones, MacRitchie Reservoir Park: 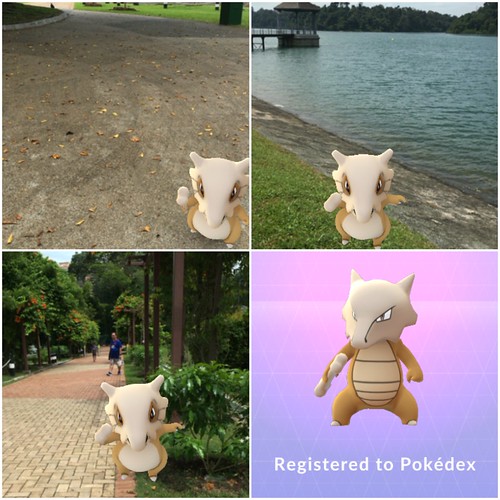 Of course, some sightings of rare/evolved Pokemon in the wild were happenstance. Heading back to the office from lunch one day, I spotted what looked like a posse of trainers looking intently at their screens. Opening the app, I saw that there was indeed an Arcanine hanging about: 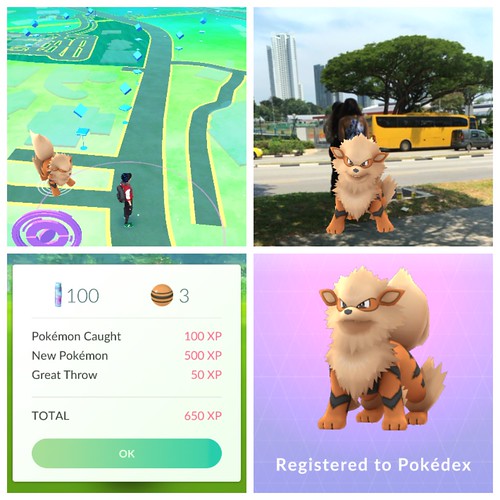 How nice it would be if such co-operation in service of a common goal were to extend to other more important areas of life, I said to someone yesterday.

But even though Christians  ought all to be working toward the same goal, of encouraging each other to keep trusting in the One who is imminently trustworthy and true, the local scene hasn’t quite managed to shake off the lure of Singaporean kiasu-ism. Even though salvation isn’t a competition, another person was commenting, some churches are afraid to lose to others; they want to be known as the best church in the region. So they keep the best teachers and best resources for themselves, while appearing to be generous by throwing the scraps to others. Yet, surely God has given the universal church different gifts for mutual uplifting.

Still, we need not fear. God is more sovereign than the Niantic developers. He know those who are his, and he will keep them till the End.