Ah, Slavoj Žižek, the delightful pop critical theorist, the “Elvis of Cultural Theory”. In our world of short attention-spans, he still manages to rock it like…err…Madonna?… Causing constant controversy either in misreading other philosophers or in being deliberately offensive (oh, being critical) or in just plain plagiarism, the sweaty-haired pepper-bearded one manages keeps us entertained.

If you were keen on giving him the benefit of the doubt, you’d say his philosophy was complex; if you were critical in the way he proposes, then you’d say he was fluffing.

Regardless, it’s always fun to find gems in his many talks/rambles that incorporate all manner of pop movie and contemporary-event references. 🙂 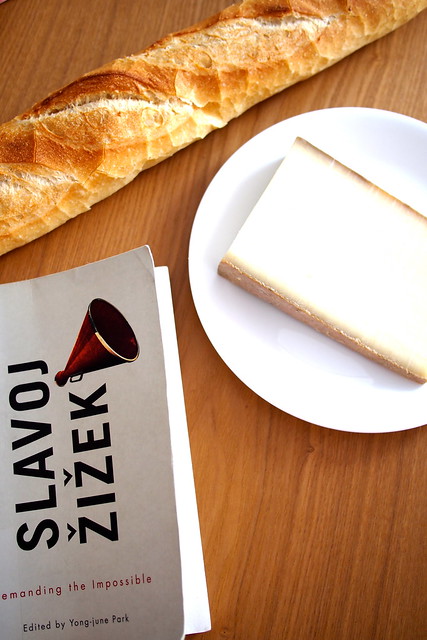 Today in Demanding the Impossible:

Interesting critiques, but what would the Lord of the Universe have to say to this?