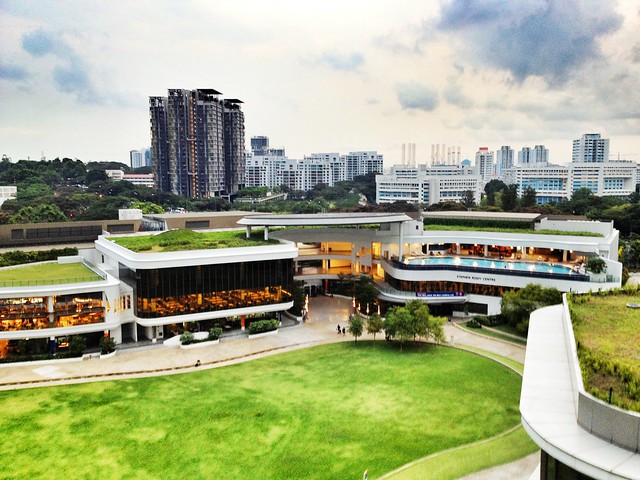 The view from the skygarden of Utown Graduate Residence was lovely, in the way that views from high places are always said to be. 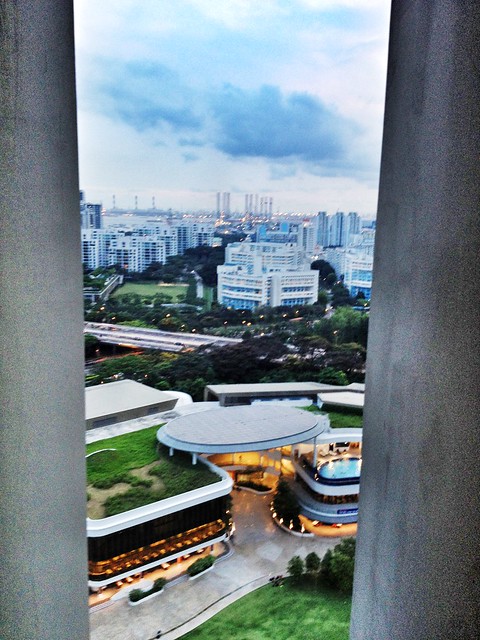 And from the end of the corridor on the 21st floor, we could see all the way to Jurong Island.

Why do we pay good money to go up to the top of the Empire State Building and its successor skyscrapers in different cities? Why can restaurants on top of Marina Bay Sands or Level 33 in Singapore charge extra for their “stunning views”. Do we pay for the feeling of power, looking down at the human ants on the ground? Or is it the celebration of Babel-like human prowess that wows us?

N, who had been kind enough to send me to the Philosiology blog (specifically, “Surviving a Philosopher Attack” as sufficient warning) before our meet-up, mentioned having to teach proofs for the existence of God, the golden C.O.T.arguments – cosmological, ontological, teleological, next semester.

As I’ve mentioned previously, I usually find arguments of this sort rather tiresome because of what to me are illegitimate presuppositions about, inter alia:

“Why do you presuppose reason as the ultimate epistemological authority?”

“Because I reason that it must be so.” 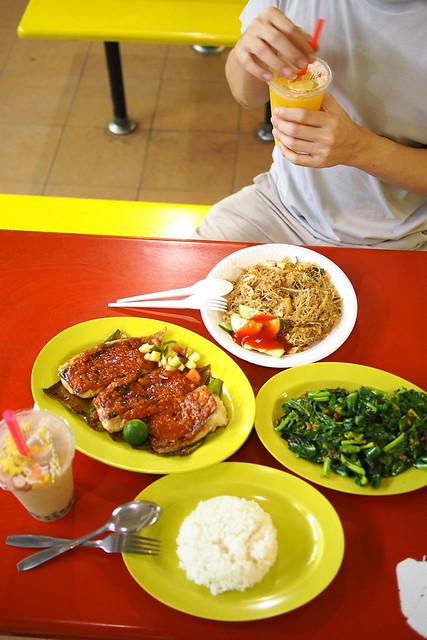 Of course, the same accusation may be levelled against the Christian view:

“How do you know that revelation from God is the ultimate authority about all reality?”

“Because God told me so in his word, the Bible.”

Because of the meta-ness of arguments about ultimate authority, circularity is unavoidable. However, what the Christian view has over the other “proofs for God” is that it is inherently consistent. It does not contradict itself by attempting to prove God by non-theistic means. Additionally, the Christian view sits happily with historical evidence.

This is not to say that Christians ignore reason or empirical evidence (as the use of historical veracity shows), but they do not trust reason as the final arbiter of truth. Why would human reasoning be flawed? Because it refuses to acknowledge God, from whom all wisdom comes, because he alone as Creator and, well, God, defines all things:

18 For the wrath of God is revealed from heaven against all ungodliness and unrighteousness of men, who by their unrighteousness suppress the truth. 19 For what can be known about God is plain to them, because God has shown it to them. 20 For his invisible attributes, namely, his eternal power and divine nature, have been clearly perceived, ever since the creation of the world, in the things that have been made. So they are without excuse. 21 For although they knew God, they did not honour him as God or give thanks to him, but they became futile in their thinking, and their foolish hearts were darkened. 22 Claiming to be wise, they became fools, 23 and exchanged the glory of the immortal God for images resembling mortal man and birds and animals and creeping things. (Romans 1)

(On a only very slightly related note, it was interesting to note that tycoon Stephen Riady of the eponymous building-in-Utown fame is widely reported to be a devout evangelical Christian.) 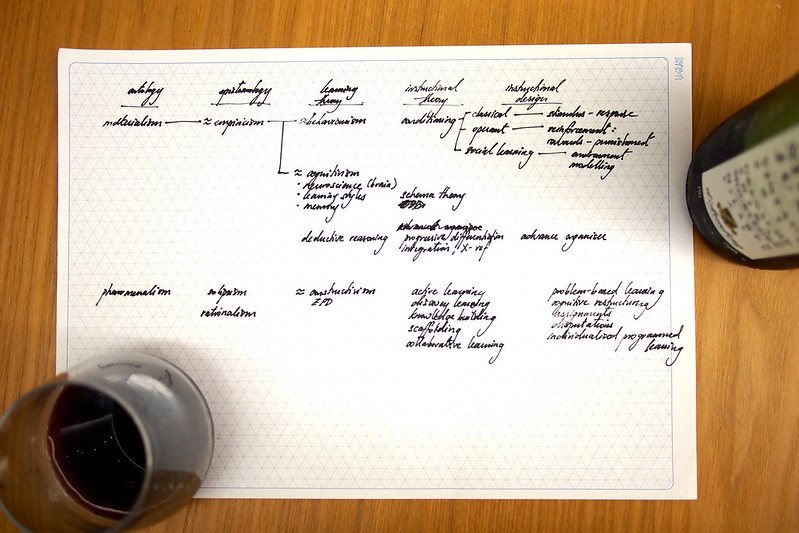