After a quick lunch in Singapore’s CBD with tired lawyers and their heavy eyebags, full of chat that was tear-inducingly hilarious, I walked over the Singapore River to Gallery & Co. (facebook. City Hall Wing, National Gallery Singapore, 1 St. Andrew’s Road, Singapore 178957) to work on Hebrews 10:1-18.

Along one side of cafe/cafeteria are French doors that let in the afternoon light (and some heat). Aside from the occasional blast of hot air from the outside, a good place to work. 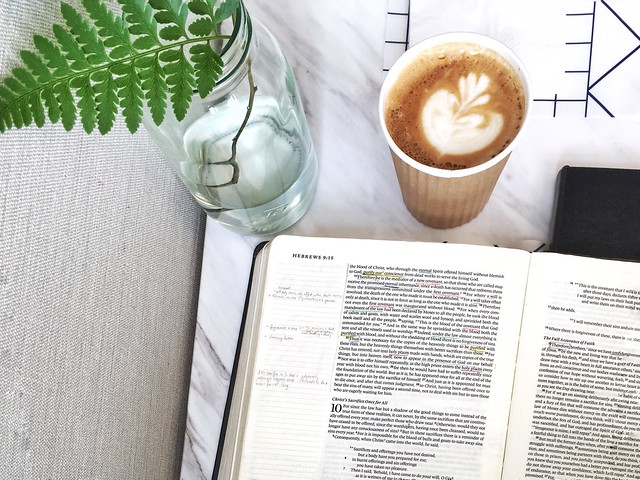 Hebrews 10:1-18 is an absolutely fascinating end to the section on the superiority of Jesus as better high priest, ministering in a better tabernacle, having brought about a better redemption, mediator of a new and better covenant.

The passage totally rams it home that it’s not just that Jesus and what he does is greatly superior, but that frankly, the Old Testament stuff just never worked.

A friend’s Jewish (not Talmudic) law professor recently argued strongly in lectures that the way forward in Jewish-Christian relations would be for Christians to acknowledge that the Jews were saved by the Law, while the Gentiles were saved by Jesus. But he fails to realise that the Law was never the solution in and of itself – it was always pointing to the real and final solution in Christ.

The sacrifices made daily and yearly weren’t just limited in atonement, they did nothing at all (how could they?). It is impossible that the mere blood of bulls and goats should be able to take away sin. And if they could not take away sin, then not only were the worshippers not cleansed from their sins, their consciences were still impure, and the regular sacrifices merely reminded them of their miserable position (Hebrews 10:1-4). So the Law actually begs the question: what is the reality to which sacrifices are merely a shadow (and not in a Platonic way)? 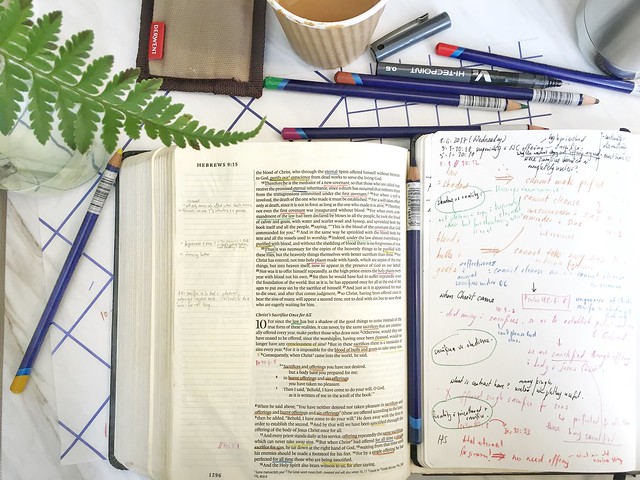 Even better, there is total forgiveness of sins, so no more sacrifice is needed! And in typical typological trajectory, Psalm 40:8b (“your law is within my heart”) has been fulfilled in us believers, as promised in Jeremiah 31:33, by the gift of the Holy Spirit since Pentecost (Hebrews 10:16). So, as never before, we are now able to obey. And we look forward to the Day when we will do so completely.

Gallery & Co. cafe
beans: Sarnies
coffee: a pity this was overextracted – somewhat bitter and astringent
milk: foam a little too thick
price: $6 (but mine was on the house)
air-conditioning: yes but balmy
free wifi: yes
power sockets: scattered