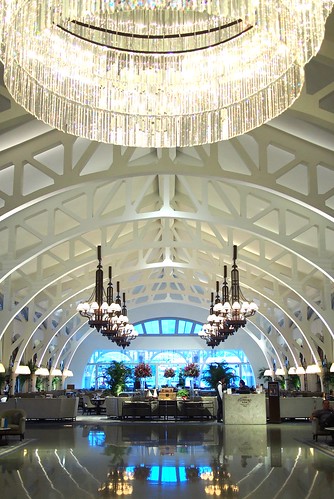 When a couple of bankers book a table at The Clifford Pier at Fullerton Bay Hotel (well within sniffing distance of Lau Pat Sat) to give our American visitors a taste of the local cuisine, one must feel that we can be quite optimistic about the state of the economy after all.

The restaurant was named for the creature it once was – a crowded busy point of arrival and departure for seafarers and cargo from all over the world. Now whitewashed so that it would have been barely recognisable to a coolie, with the air-conditioning put in, and populated by couches so springy you kept sinking into them as you struggled to gain enough height to shovel a morsel into your mouth, it considers itself a “heritage chic destination”. 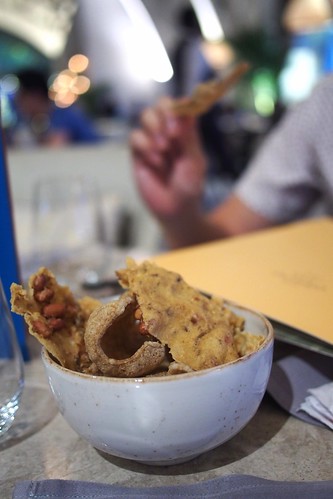 The evening began with bowls containing three varieties of keropok, all slightly warm, properly shatter-able. A favourable wind was blowing, we thought. 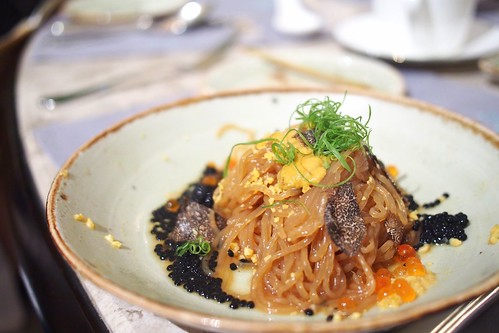 Next up, the uni glass noodles (S$28). The uni wasn’t as much the star as the umami bomb of salted egg yolk, truffle (shavings helped along by some oil I suspect), salmon roe. 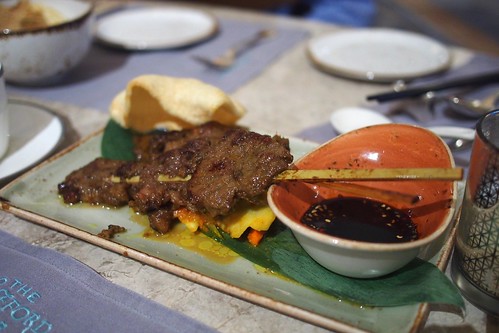 The next two dishes contained wagyu beef. Was wagyu really necessary, we wondered, thinking of the satay street outside Lau Pat Sat where the beef satay was skewered with chunks of fat to baste the meat while over the charcoal. But seeing that that ship had already sailed, the wagyu beef satay (S$28) considered on its own terms was reportedly tender and flavourful. There were just two skewers though, hardly enough for a growing man (sideways or otherwise). 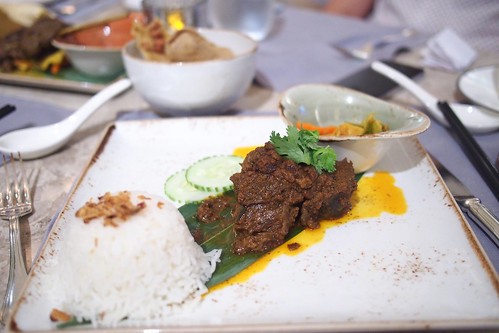 The meat in the wagyu beef rendang (S$29) would have been described with that hackneyed phrase “fork tender”, and was equally well-marinated and well-powered. 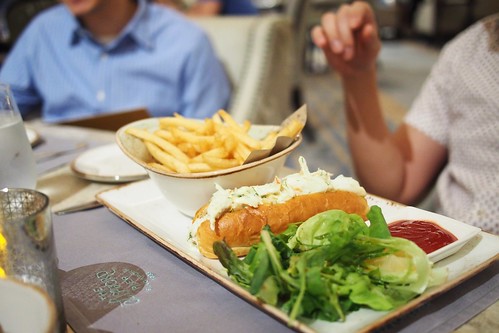 The crab bun, unfortunately, wasn’t anything to write to your landlubber girlfriend about. 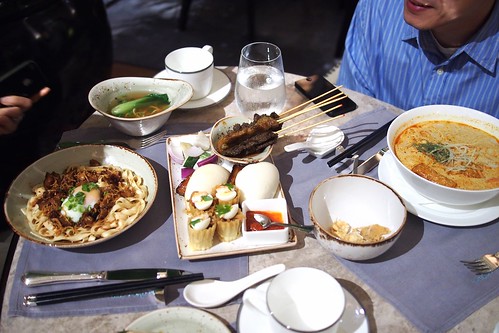 We were deep in conversation at this point so have nothing to report here, except the content of discussion.

Now, per Ephesians 3:17b-19, this is the trajectory of life the Christian should expect:

you, being rooted and grounded in love, 18 may have strength to comprehend with all the saints what is the breadth and length and height and depth, 19 and to know the love of Christ that surpasses knowledge, that you may be filled with all the fullness of God.

And this is demonstrated in the way one acts towards the rest of Christ’s body and indeed towards Christ (by, inter alia, not coveting – which is idolatry); walking in a manner worthy of the calling with to which all Christians have been called (see Ephesians 4-5). 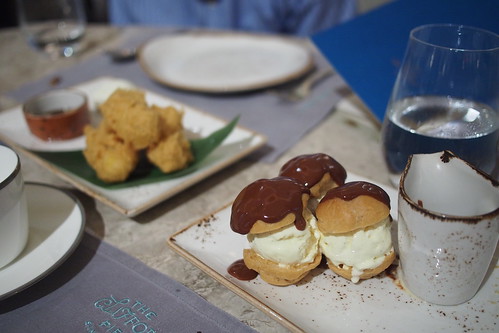 Attendant to this end is God’s gift of the apostles, the prophets, the evangelists, the shepherds and teachers to teach this knowledge, and the Spirit to strengthen such knowledge and obedience.

And so it became quickly apparent how the lack of proper bible teaching even in churches advertised as being concerned with Word ministry led to insular, legalistic lives keen to follow rules of godliness set out by the newest Christian book fad or in reaction to the most recent Christian outrage; rather than the steadiness of mature manhood. 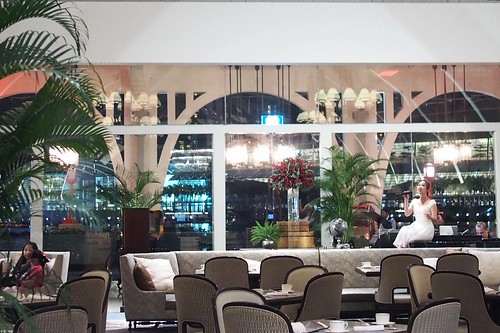 Fair wind and following seas, we might have said as we parted. But perhaps we would not have gone far wrong with this reminder:

11 And he gave the apostles, the prophets, the evangelists, the shepherds and teachers, 12 to equip the saints for the work of ministry, for building up the body of Christ, 13 until we all attain to the unity of the faith and of the knowledge of the Son of God, to mature manhood, to the measure of the stature of the fullness of Christ, 14 so that we may no longer be children, tossed to and fro by the waves and carried about by every wind of doctrine, by human cunning, by craftiness in deceitful schemes. 15 Rather, speaking the truth in love, we are to grow up in every way into him who is the head, into Christ, 16 from whom the whole body, joined and held together by every joint with which it is equipped, when each part is working properly, makes the body grow so that it builds itself up in love. (Ephesians 4:11-16)