At supper the other night, as we were starting on the usual supper fare of maggi mee goreng and satay and carrot cake, I asked N how he resolved his philosophical work with his Christian faith.

His first reaction was that it was a baseless assumption that philosophy and Christianity are incompatible. I thought they were because:

(1) conflict with respect to assumption of source of ultimate authority

The assumption of a conflict between faith and science, or Christianity and philosophy, isn’t invalid ab initio, since the science and philosophy each popularly claim the priority of their respective fundamental epistemological foundations in determining reality/truth.

Christians of course rely on revelation from God in the Bible as ultimate authority.

On the other hand, the common assumption within the world of science is that the empirical scientific method is the main/sole arbiter of truth*, and therefore, questions of morality etc should submit to the greater authority of scientific studies. For example, if a gene has been identified that allegedly causes with the people in which it is present to be attracted to members of the same sex, the science world would argue that on this basis, homosexuality must be right.

And I suppose reason is what philosophy holds to be the foundation of all truth, contra the revelation of God.

(*Hmm, actually, not even all popular science theories are supported by empirical data – eg. Stephen Hawking’s M-theory. But anyway…) 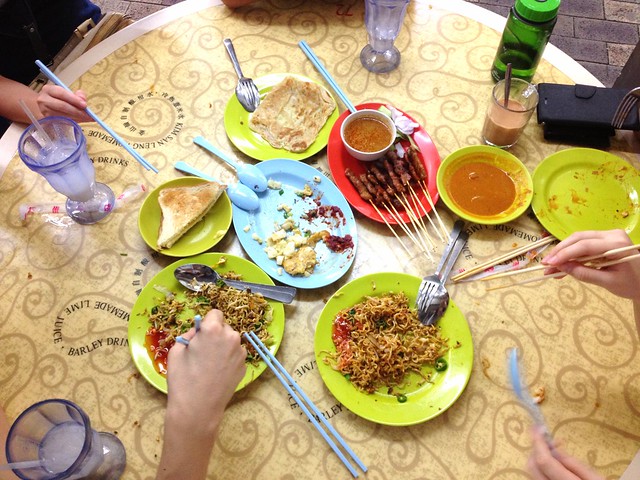 (2) conflict with respect to procedures and processes

N had replied to my previous query about the flimsy basis for the theories of a certain philosopher (John Rawls, I think) that “we cannot always be starting from first principles”.

Indeed, each subject would historically have developed assumptions and presuppositions consequent upon (1). These would then form the bases for procedures and processes within each discipline that will determine if a particular person’s work will be accepted/respected within that discipline. Has the student founded his work on approved presuppositions? Has the student demonstrated his knowledge/findings via an approved methodology? And has he come to a conclusion in a manner that is determined to be satisfactory within the contemporary culture of that discipline?

Such procedures and processes would not be truth value-neutral. For example, the Christian would presuppose the existence of a God who determines what is right and wrong and the definition of justice, whereas Rawls would not.

To Christian would then have the task of attempting to fit what he knows from Scripture into these approval structures. And so therein might lie the conflict of subordinating the word of God himself into theories dreamed up by mortal men.

This is not to say that anything extra-biblical is absolutely wrong. There are many things the Bible does not talk about – things we discover about God’s creation in our scientific and mathematical studies for example. And even in other fields, humans may observe certain things about this universe quite accurately.

The good products from non-Christians are sometimes called products from common grace. The products come from grace be- cause all of us are guilty of sin and rebellion, and we do not deserve the good things that we receive from God. The word common is used to indicate that God distributes these gifts both to believers and to unbelievers: For he [God] makes his sun rise on the evil and on the good, and sends rain on the just and on the unjust. (Matt. 5:45) Yet he [God] did not leave himself without witness, for he did good by giving you rains from heaven and fruitful seasons, satisfying your hearts with food and gladness. (Acts 14:17) We can see that God’s common grace includes in principle not only physical gifts like sending rain, but also intellectual gifts. God has given to some people keen insights about the world. So unbelieving philosophy contains good insights. Conversely, philosophers who are Christians produce reflections that are inevitably mixed, because Christians are not yet sinless.

These differences affect philosophy. It has become virtually a ground rule for the practice of philosophy in the Western world that one must not appeal to the Bible—or any other religious source, for that matter—for authority. One must appeal only to reason. In my opinion, that ground rule exhibits disastrous rebellion against the God of the universe. God’s will is that we should use the Bible. We are already rebelling if we imply that we know better and refuse to use his guidance.

Suppose a Christian wants to participate in a philosophical dialogue in a modern context. He needs to consider two issues. First, he needs to ask whether the ground rules of the discussion in philosophy forbid him from reasoning the way he is committed to reasoning, that is, with God speaking in Scripture as his instructor and guide. Second, he should ask whether he ought not first to take some time and use the Bible to find answers to the big questions that the philosophers raise. Only after he has attained some clarity in his own mind—and purity of thinking in communion with the purity of God—is he in a reasonable position to engage in dialogue without compromising his beliefs by falling into the same pattern of autonomous reasoning that the ground rules try to force upon him.

One thought on “The Christian Philosopher”