On the second day of national mourning for Lee Kuan Yew, I happened to be the Singapore General Hospital when I looked past the doors near Bengawan Solo at Block 7 and saw a large pile of cards and flowers under white tentage. 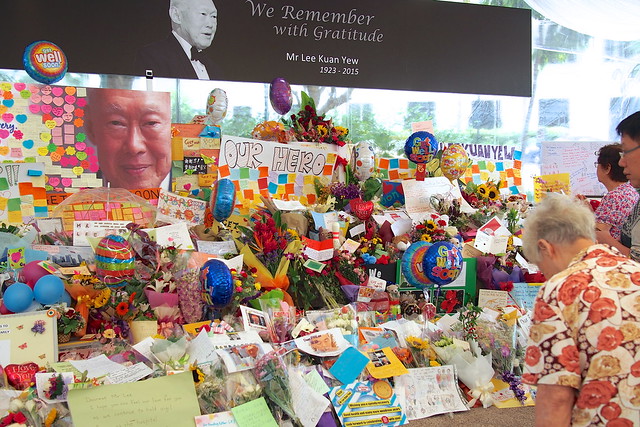 It was a remarkably sad scene – amidst the expired “Get Well Soon” cards and balloons, there were messages of condolences from Singaporeans and people who identified themselves as coming from many other places around the world. Several older folk were weeping openly in their wheelchairs or were, supported by their children, bowing to images of the man.

I have no political affiliation and, like some families, have relatives who might not have benefitted from the so-called iron-fist rule, but I do respect the guy.

It was interesting to observe the re-emergence of naysayers after a day. These hostile responses all seem to riff on 3 ideas:

Just a few cents to stop all this from rattling around in my head:

Hostile Response 1 (human rights, iron fist, dictator, defamation suits) is a little boring in that while so many wag their heads about it, I have yet to read a single commentary that has anything concrete to say: 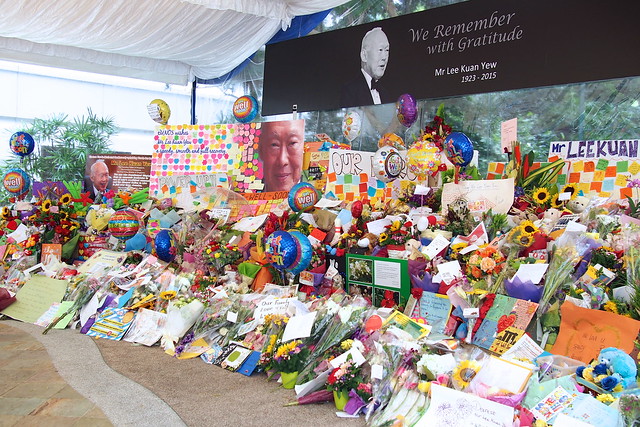 Hostile Response 2 (don’t trample on my freedom of speech). Well, do go ahead darling, but you see, there is really a time and place for everything – it’s good manners, and it’s just the way people show their humanity and their empathy. What comes out of the mouth just demonstrates the heart of the speaker. See, for example, ex-Opposition Chiam See Tong’s condolence letter – that is an example of a man of good character. 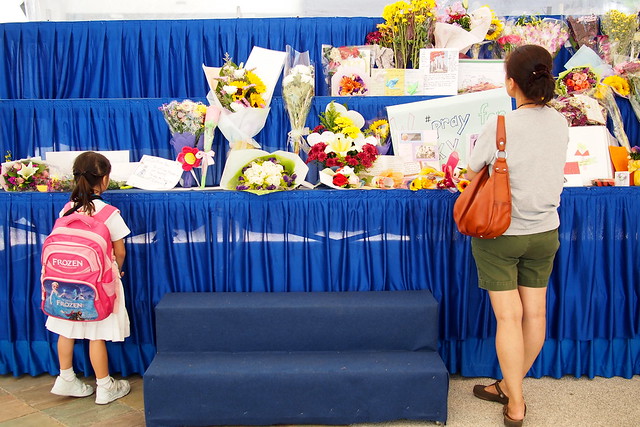 Again, I think these are eulogies. You don’t speak ill of the dead out of compassion for the bereaved. So in eulogies, you remember the good things he has done. Yes, it is skewed, but no one is writing a definitive history; they are comforting the mourners.

And don’t worry. I’m sure the Catholic Church isn’t going to canonise him anytime soon. Nor has the “state-controlled press” attributed miracles to him, nor were there reports of thousands of crows swopping down on Singapore General Hospital. (Otherwise, you would have seen it on social media, and someone would have accused the gahmen of slacking on pest control.)

And certainly, no one is saying Lee Kuan Yew did this all on his own. He was well aware of the need for a ruling elite (yes, elite) and also middle managers who could get things done. See Transcript of Speech by the Prime Minister at a Meeting with Principals of Schools at the Victoria Theatre on 29th August 1966. And in his speech on The Search for Talent in 1982, LKY credited Goh Keng Swee and Hon Sui Sen for Singapore’s economic development (and also had things to say about foreign talent!).