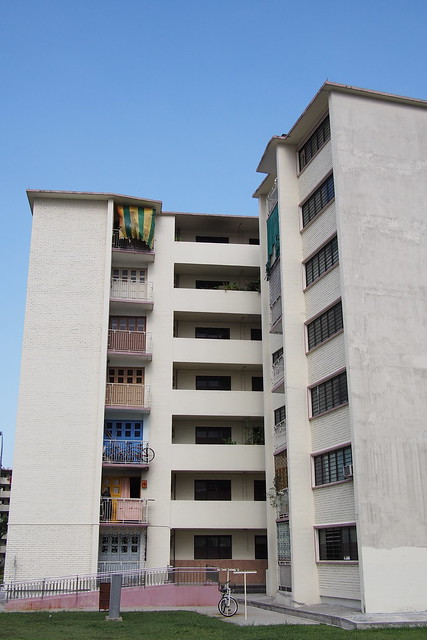 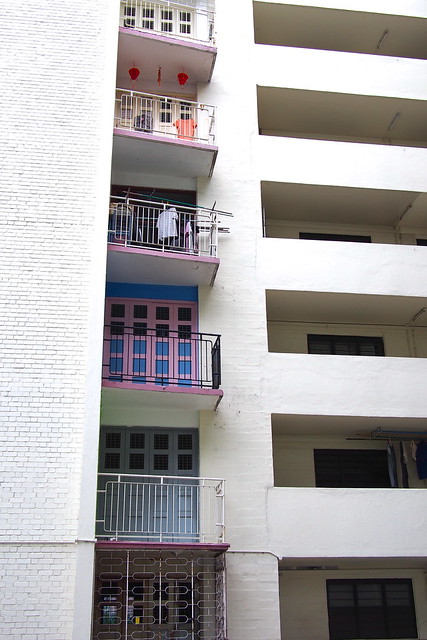 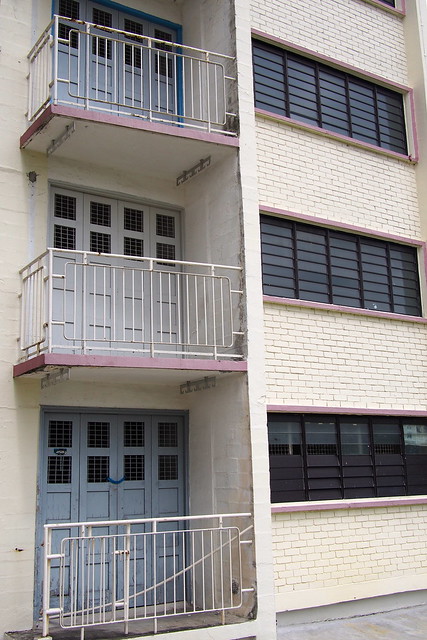 Post-training session, I was caught in that sweet limbo between dog-tired and strangely exhilarated, so decided to walk off the adrenaline around the old school Singapore Improvement Trust (SIT) flats at Dakota Crescent. 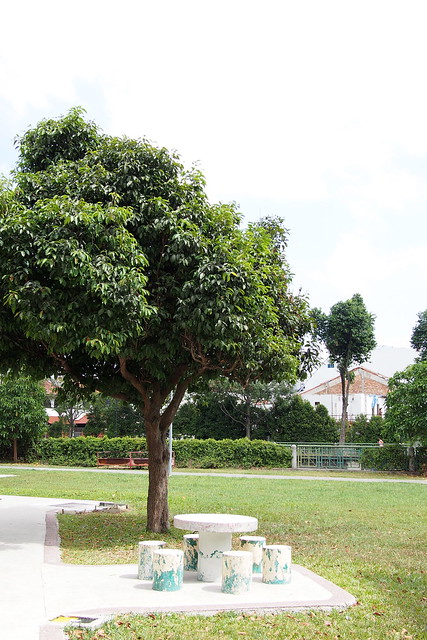 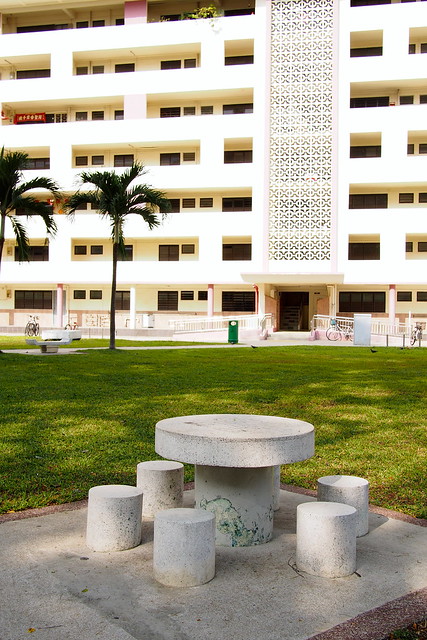 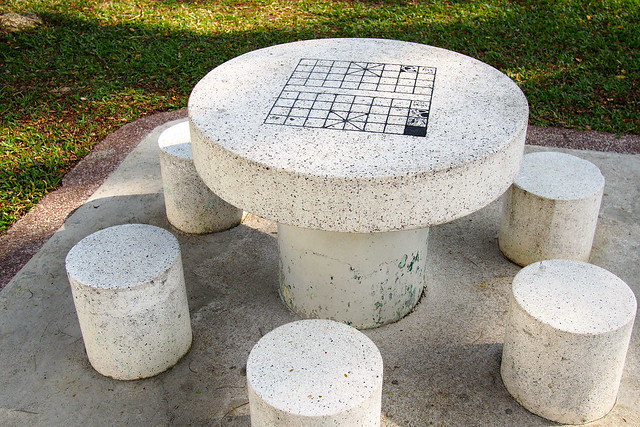 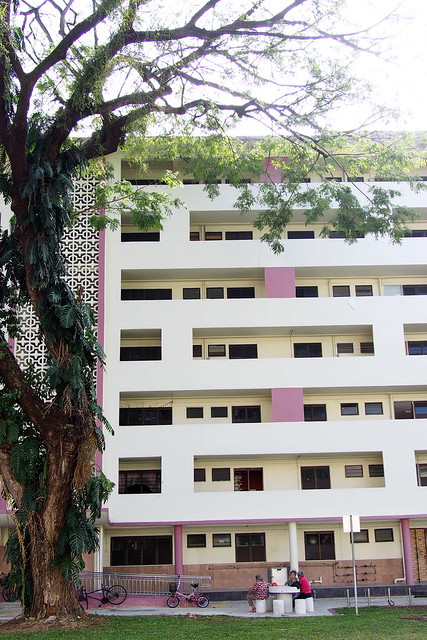 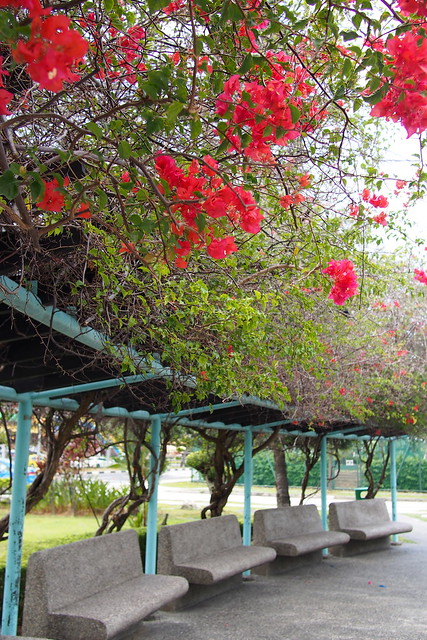 than the current HDB preference for benches. 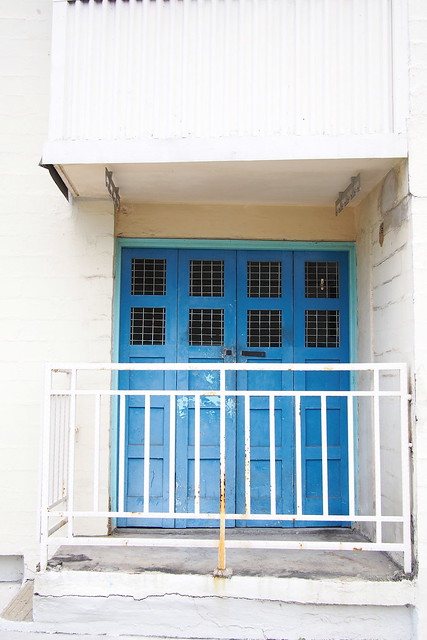 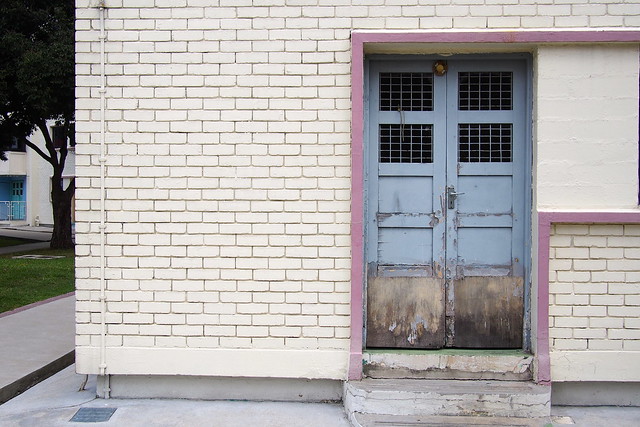 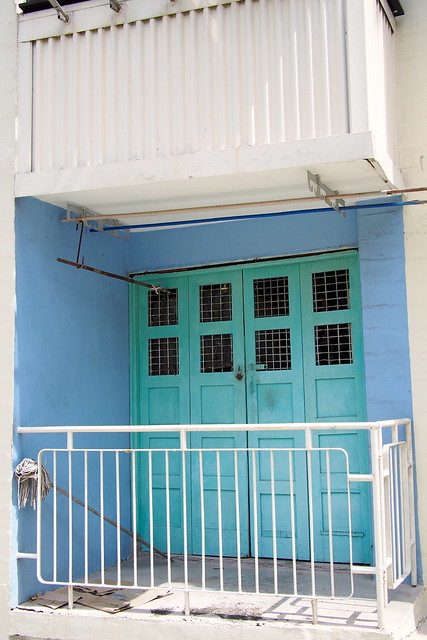 It was quiet there with a good breeze coming between the flats. But this wasn’t the eerie quietness of abandonment, decay, and death. There was evidence of life – a chalk drawing on the strangely-new badminton court, a boy on a skate-scooter wheeling past to chat and ask to see my photos, and then, music and dancing! 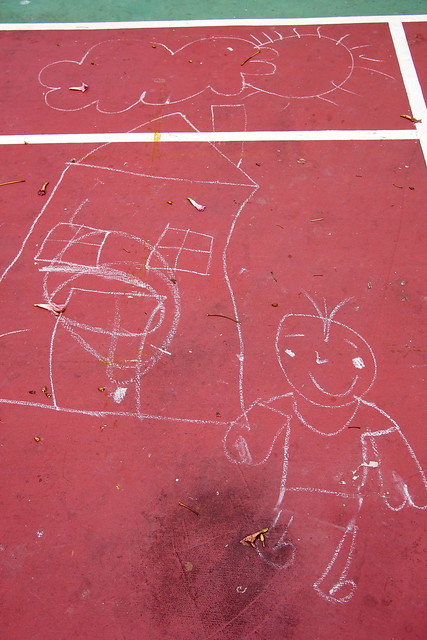 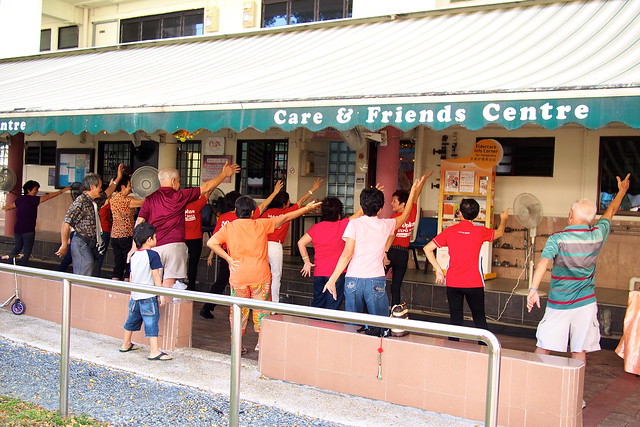 This “nostalgic playground” was was designed by HDB’s Khor Ean Ghee in 1979. It is immensely charming and built to last, unlike the fading and cracking plastic stuff in fashion now. Aesthetics aside, the whole construction is spread-out enough so that children have the freedom to choose how they want to use the structure without getting on top of each other or having to wait their turn: 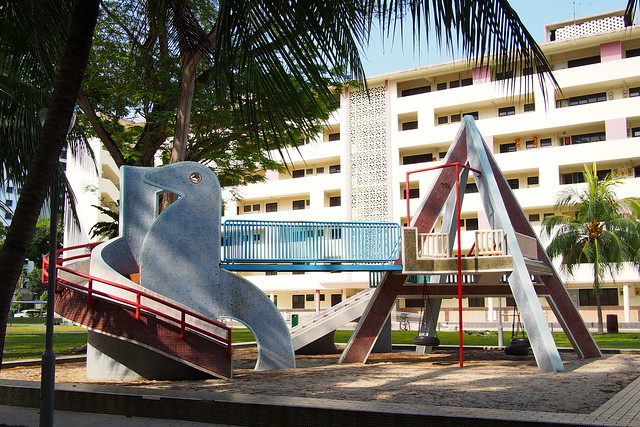 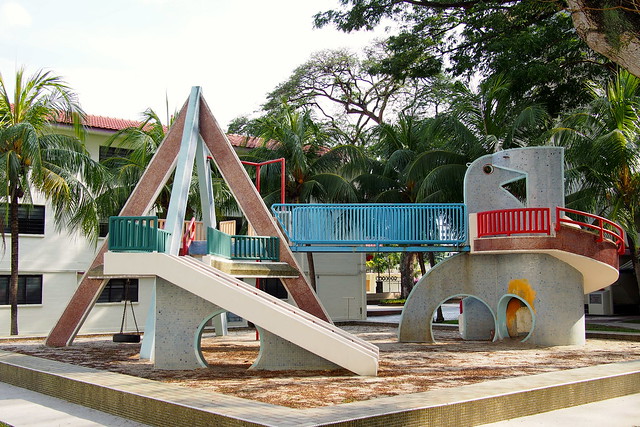 There were quite a few old cats around, chilling in the shade: 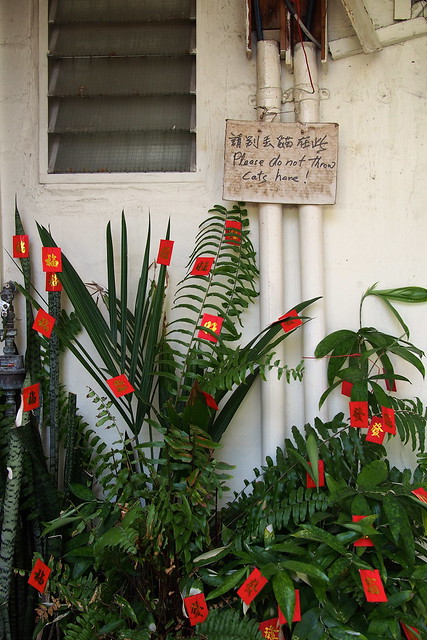 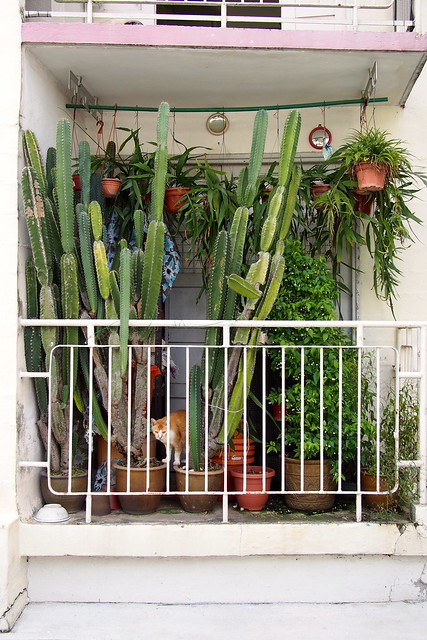 And a place isn’t old school and retro enough if it doesn’t attract a hipster coffee shop! So here’s Tian Kee & Co. (12 Dakota Crescent, facebook) – they took over the premises of a provision shop that’d been there for the last 54 years. 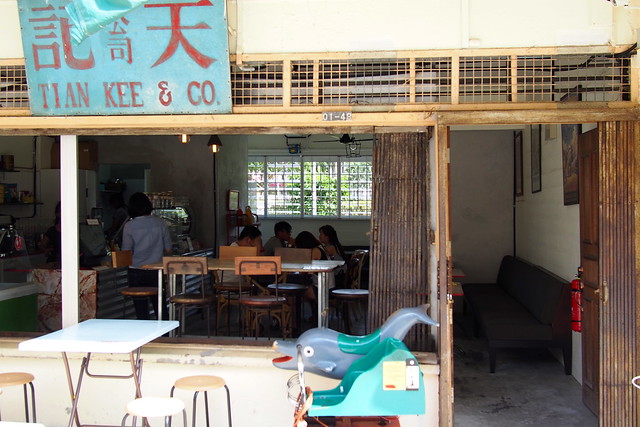 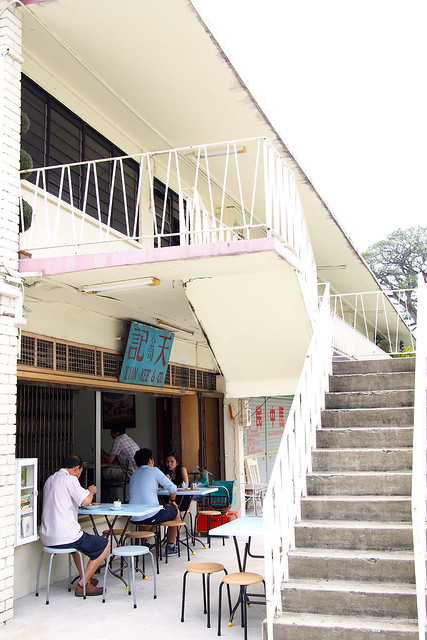 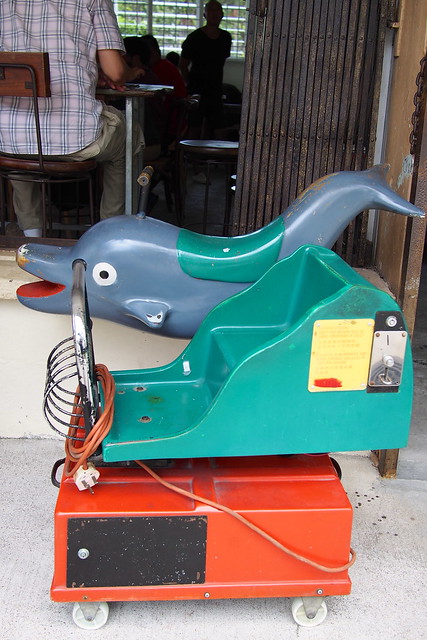 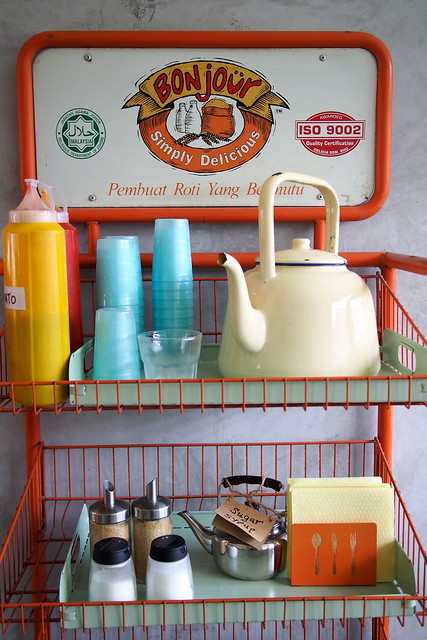 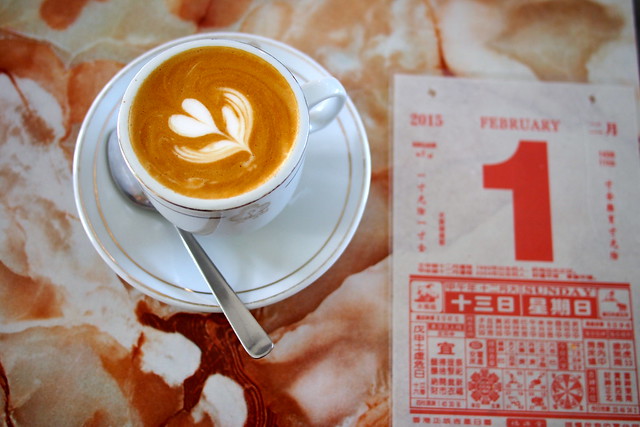 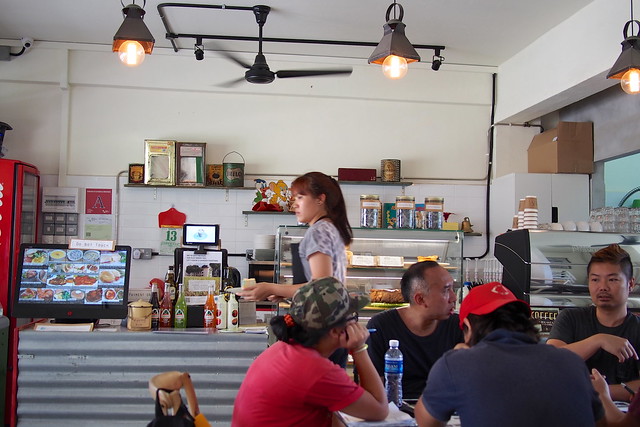 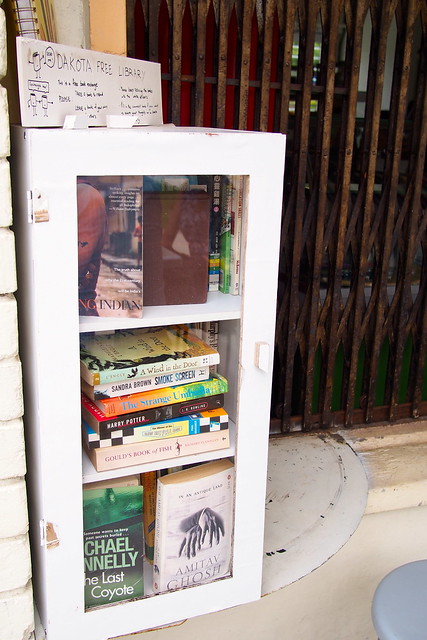 Taking a leaf from Rawls, it was quite a novel thing not to instinctively accuse the authorities of always spoiling things and then to hunt for that petition to sign to prevent the redevelopment of Dakota Crescent, but to:

I suspect we are so sinful that we have forgotten that speaking ill of another without verification is slander, and slander (“a malicious, false, and defamatory statement or report”) is wrong, whether or not someone sues you for it in a human court of law. 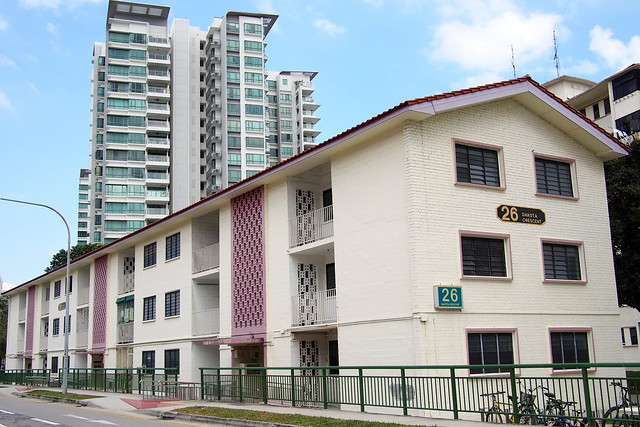